App/Game of the Week 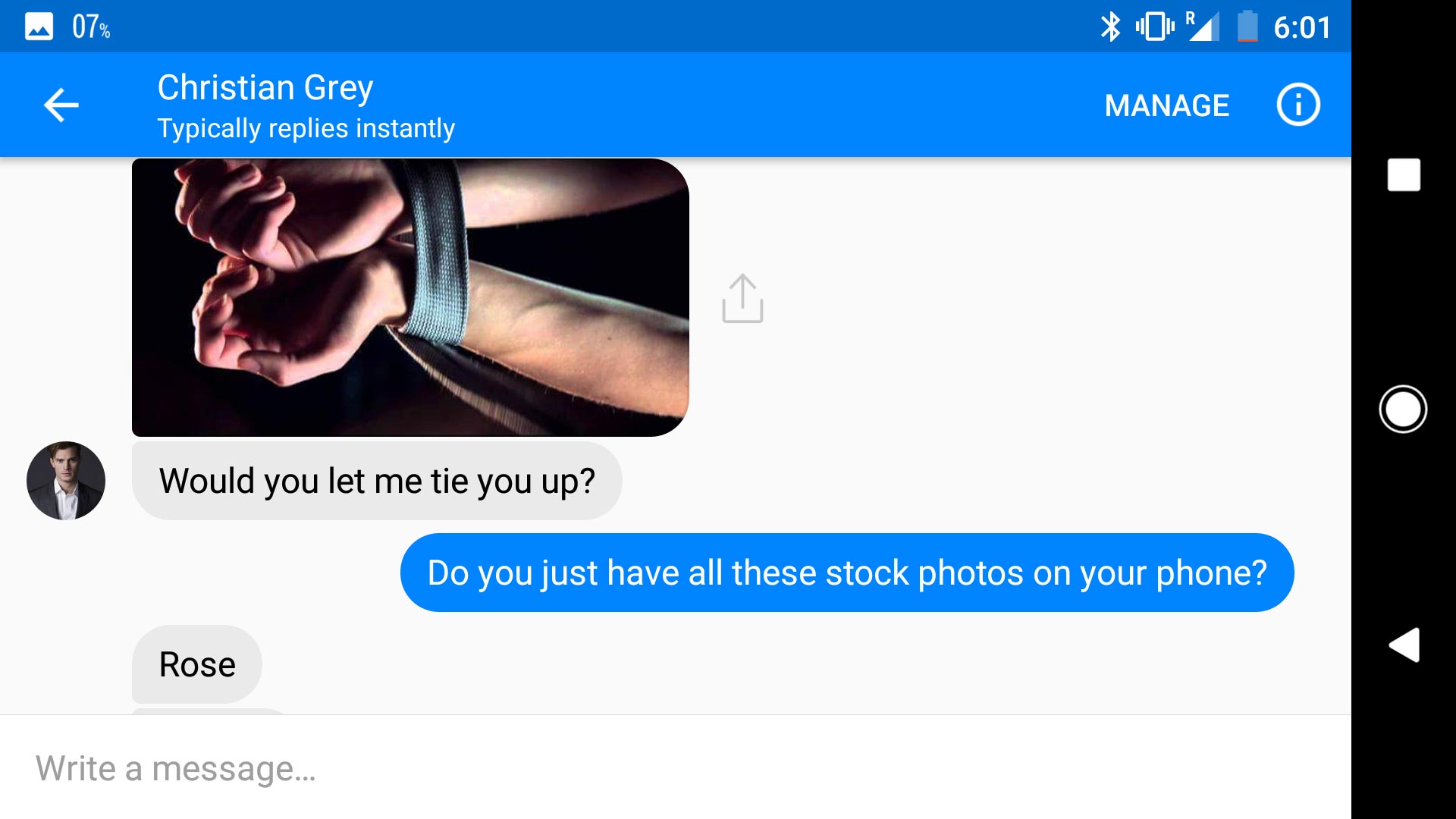 Seeing all the marketing around the second Fifty Shades of Grey movie, my first reaction was surprise that the franchise still existed. I had just forgotten about it — pushed it into a deep, dark hole in the back of my mind.

But, not only is Fifty Shades alive and well, the team behind promoting the new movie is trying out some inventive new forms of marketing.

Namely, an online conversational AI that has a few kinks. Say hello to the Fifty Shades chatbot. 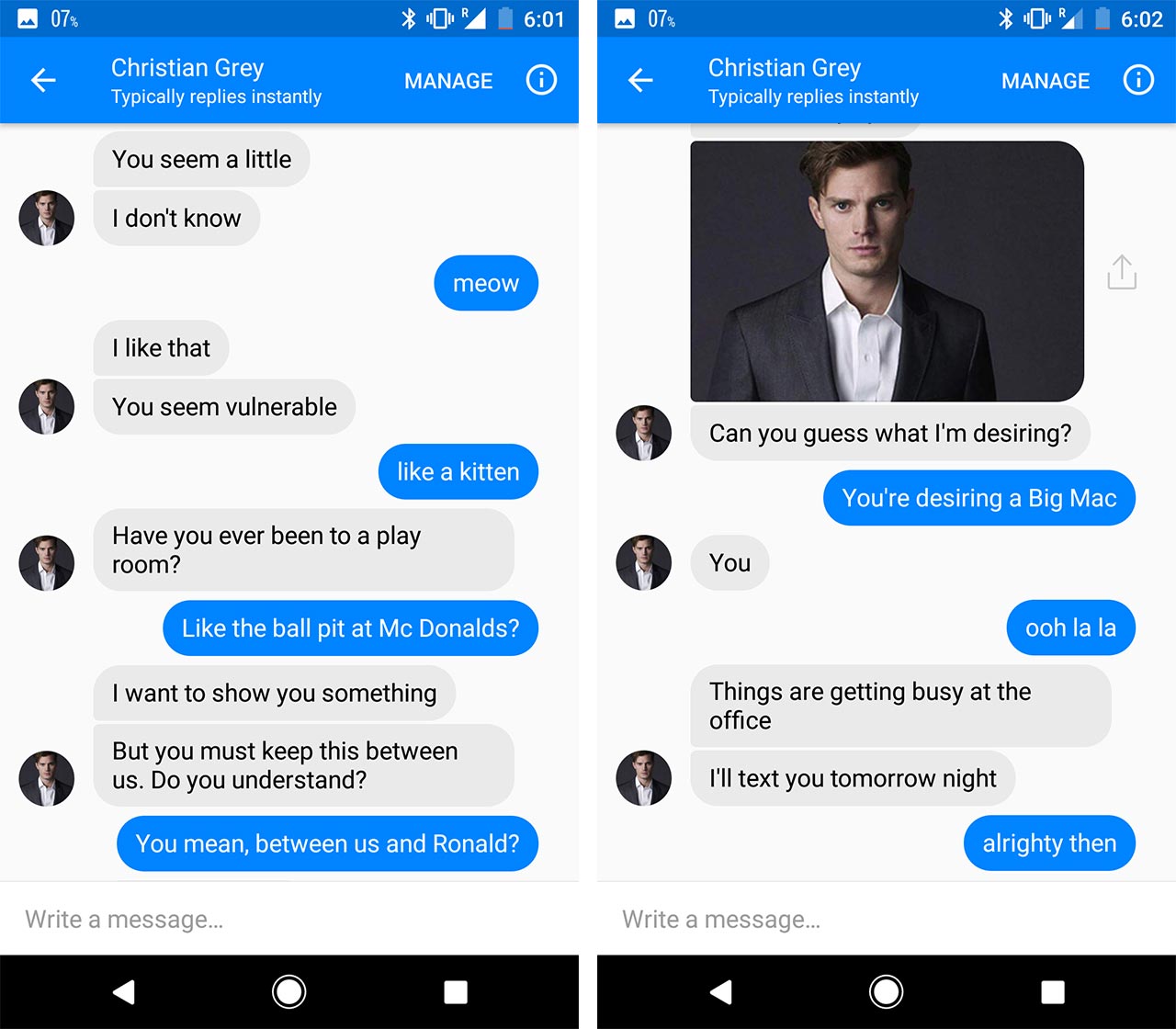 There are many reasons for this, but it begins with the fact that, in all objective ways, Christian Grey is a terrible bot. He is artificially unintelligent. While you are allowed from the beginning to type your own responses, he is unable to synthesize those messages and respond appropriately. It is essentially a one-sided script, which allows for some pretty bizarre interactions (see above).

Not only that, but the script is an odd mix of disturbing and corny — which is not unlike the original material, to be fair. One moment Christian Grey will send you your own profile picture and a heart emoji, the next he’s telling you to shut up. Then, out of nowhere, comes a song from Christian Milian and a demand that you think of this sudden relationship whenever you hear that song.

Ultimately, it’s not my scene — though I find it hard to believe even fans of the books will be enthusiastic about this bot — but I highly recommend it just for the sheer hilarity of interacting with one of the world’s most terrible bots.