A look at Lenovo’s VR headset and Windows Holographic VR 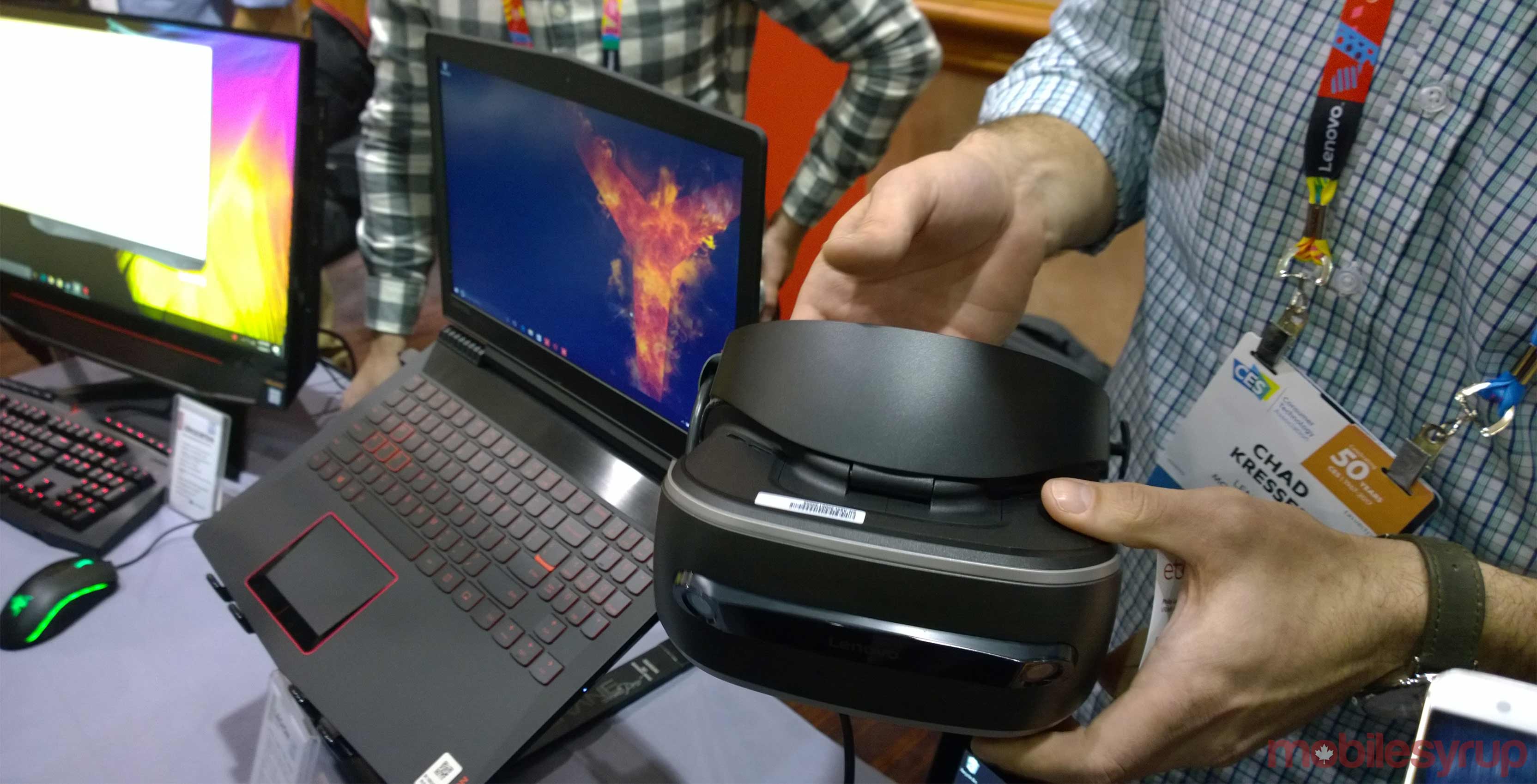 At CES 2017 I got a close look at Lenovo’s new Windows Holographic VR headset and walked away impressed.

Let’s get one thing out of the way: Windows Holography is Microsoft’s name for all its virtual reality, augmented reality and mixed-reality experiences. Unlike Microsoft’s HoloLens, these units aren’t actually holographic in nature. In fact, think of it as HoloLens in reverse. Instead of bringing the virtual world into the real world like HoloLens, this headset brings the real world into the virtual world. 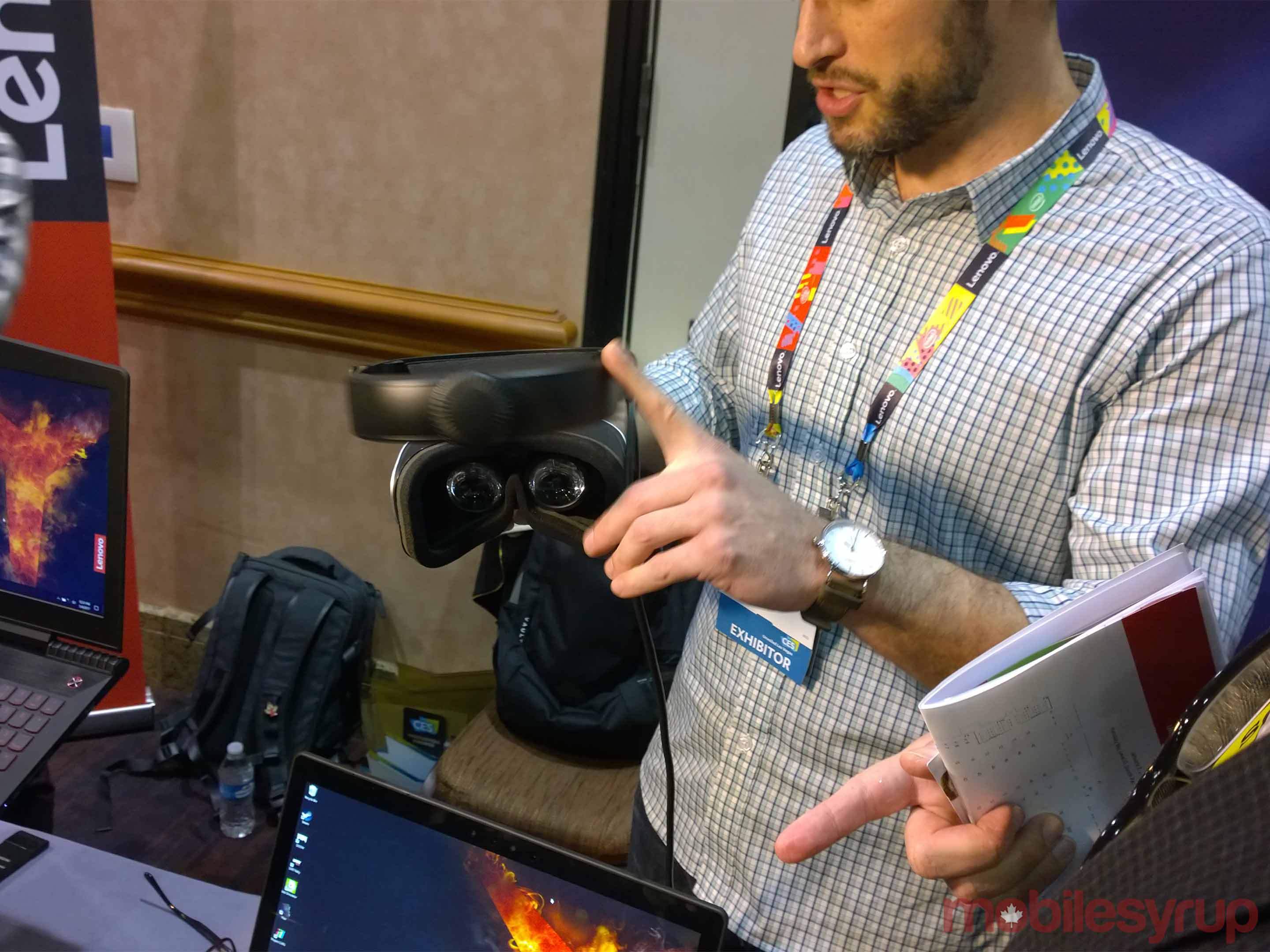 How the device mixes the real and the virtual is through its two front-facing cameras. These cameras not only allow a real-time video feed of your surroundings to be merged with the computer-generated experiences, but they are also used by the headset to watch for walls and other obstructions while you’re wearing the unit. Lenovo representatives contrasted this with the current approach used by the HTC Vive and the Oculus Rift, which both require base stations to define the room-scale VR area.

Lenovo noted that the current approach works well in an empty spaces, but leads to problems in rooms with furniture. This is what Microsoft’s approach to room-scale solves, and it does so more cost-effectively. Not having to define the operating space of the VR headset in advance should also drastically simplify setting the unit up. The front of the headset is also hinged, allowing the wearer to lift it away from their face at any time, which Lenovo feels is both a convenience for when you want to briefly interact with the real world, but also a safety feature should you need full view of the real world on short notice.

While the unit I saw was a prototype, it’s shaping up to be perhaps the most comfortable VR headset I’ve ever used. It adjusts much more easily than an HTC Vive, with a simple dial-based retention system that will be familiar to anyone who’s worn a hardhat or most modern bicycle helmets. 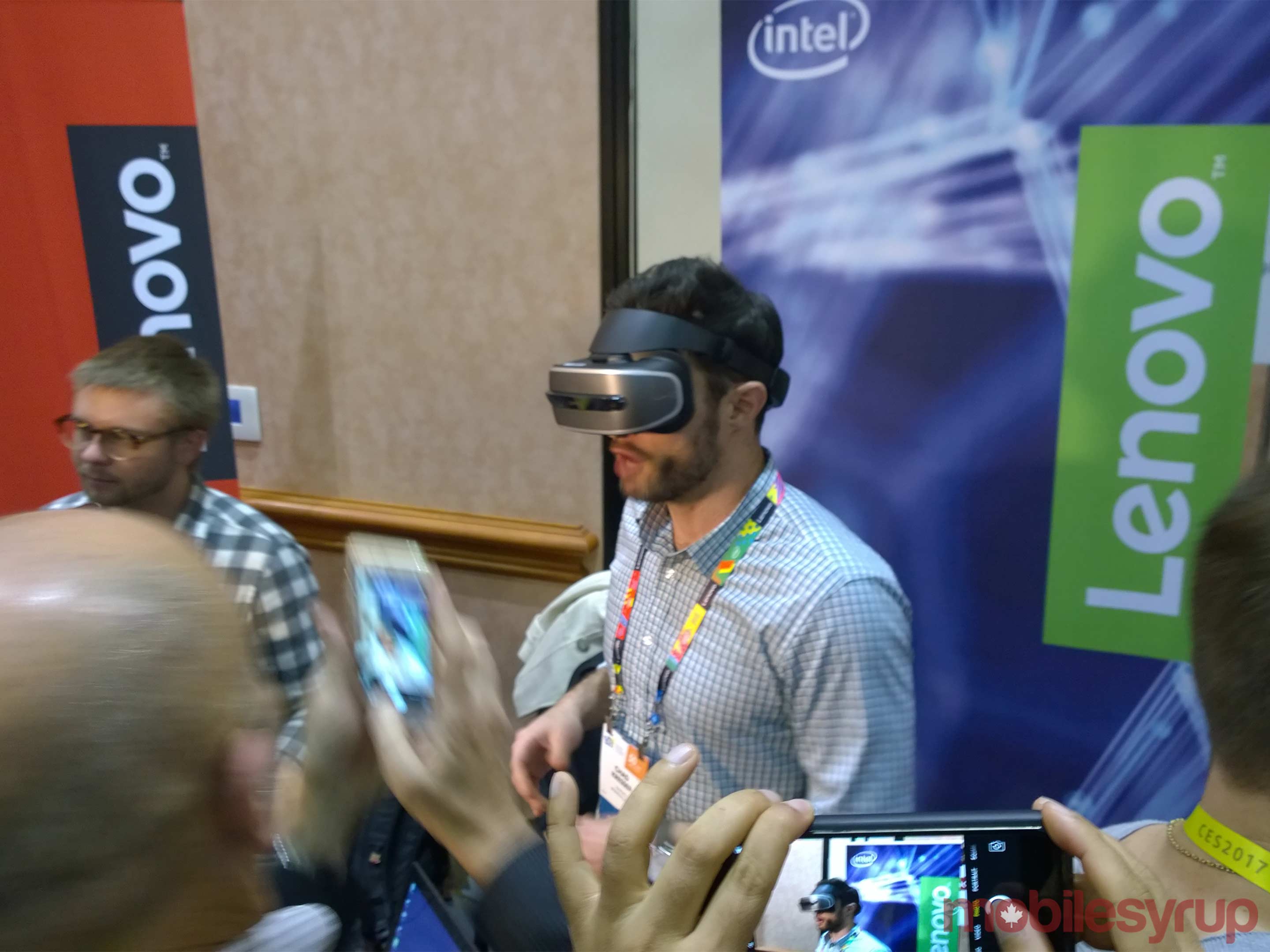 Combine that with the headset’s expected weight of approximately 350 grams, which is noticeably lighter than the Vive and the Rift, and almost half that of Sony’s Playstation VR, and you have something that’s shaping up to be comfortable for extended periods of time. I’ve worn a 310 gram bicycle helmet for hours on long bike rides without discomfort, so if Lenovo can hit its target weight, then this will be a huge step forward. That’s all the more impressive given this is an entry-priced unit and the headset doesn’t require external sensors like most of its competition does.

Lenovo staff indicated that Microsoft has been doing work behind the scenes to make regular Windows software compatible with its Windows Holographic platform. So in addition to VR-specific software, there will be the option of using regular Windows applications in the virtual space.

There are several other Windows Holographic VR headsets in the works by a variety of companies and at different price points, but Lenovo is talking about their offering more than the other manufacturers. There’s no word on exact pricing, though the company’s mantra at CES is “no more than $400 USD,” but they aren’t ruling out the possibility of the headset being somewhat cheaper.

The headset’s release date isn’t any more specific than sometime in 2017, but Lenovo did suggest it being released in the second half of the year is most likely.