Fitbit Flex 2 review: The barebones tracker for the fitness rookie 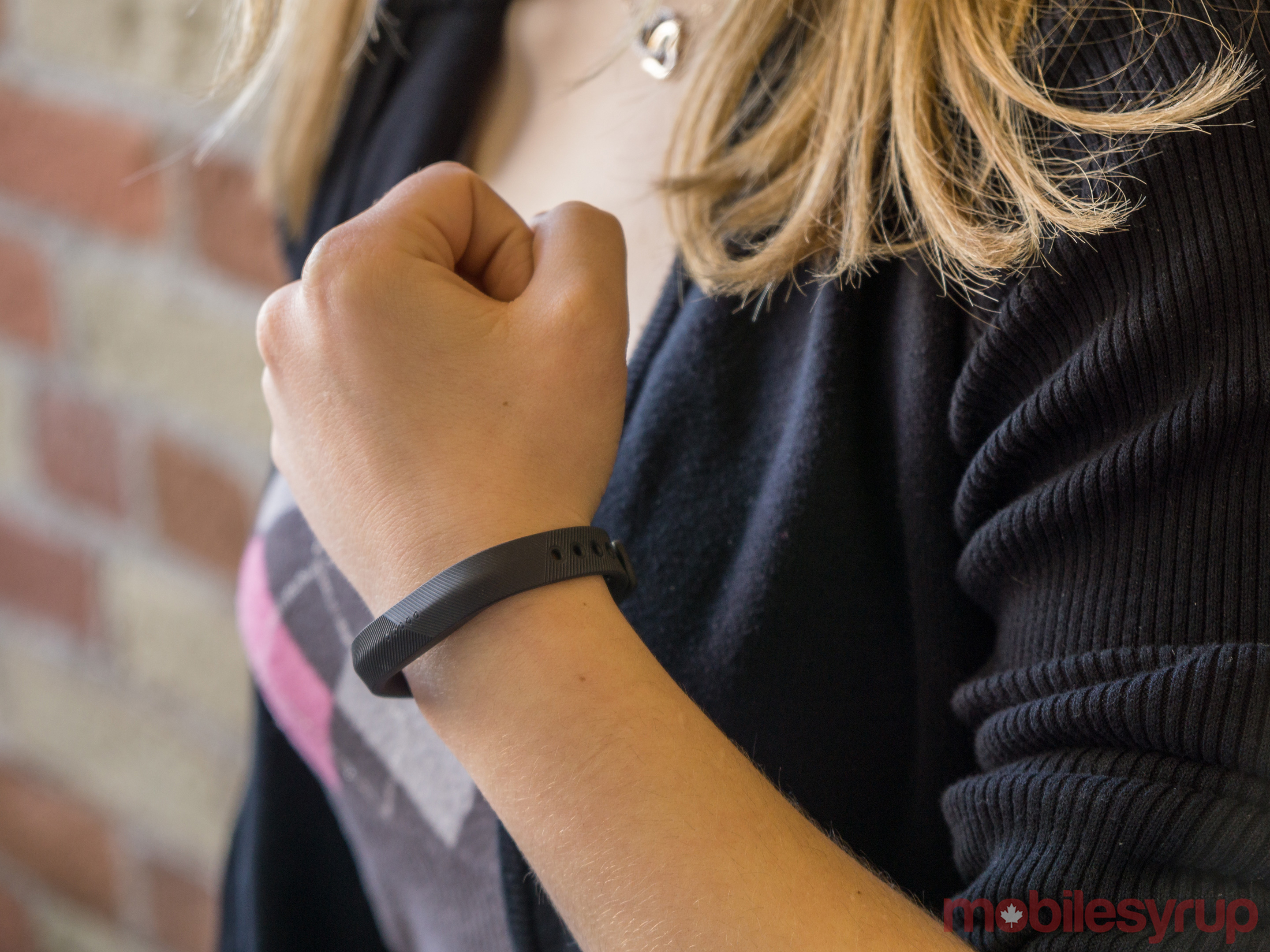 If you’re new to the world of connected health, the Fitbit Flex 2 might be just the lightweight fitness tracker to get you started.

With the ability to track exercise, sleep, steps per hour, calories consumed, litres of water consumed, weight loss and quality of sleep, this device doesn’t burden consumers on the market for a fitness tracker with any features they won’t use.

The clear intention with this device is to provide a feature-packed yet unobtrusive wearable that doesn’t attempt to take the place of any other device. Minus some performance deterrents, Fitbit mostly succeeds. 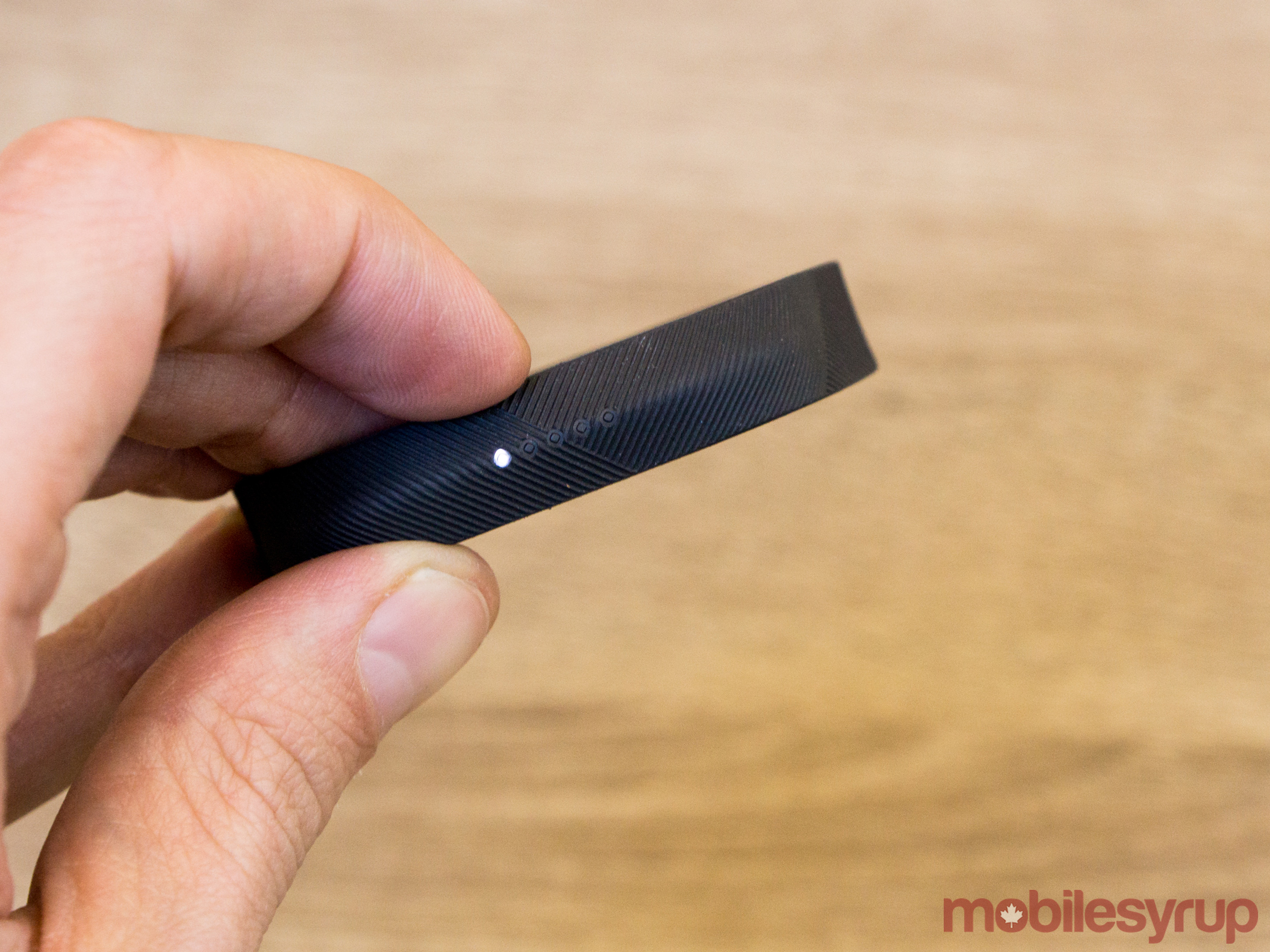 The Flex 2 is perhaps the smallest wearable fitness tracker Fitbit has ever produced. It comes with two classic bands, one larger and one smaller depending on the user’s wrist size.

As someone who uses their phone to check the time, I didn’t miss the watch face that accompanies all of Fitbit’s other trackers. For someone who doesn’t want to interact with the device like a smartwatch, its design is easy to wear, and more importantly, easy to forget.

Before setting up notifications on the Flex 2, I often found myself leaving the tracker on for long periods of time and forgetting it was even there, and yet still finding a full report of my activity and sleep quality waiting for me the next day.

The tracker does offer the opportunity to engage with it more intimately should the wearer desire to. Because of the absence of a watch face, the tracker uses a series of light patterns to indicate to the wearer whether they’ve received a text, a phone call, or if they’ve reached their hourly step goal, etc. 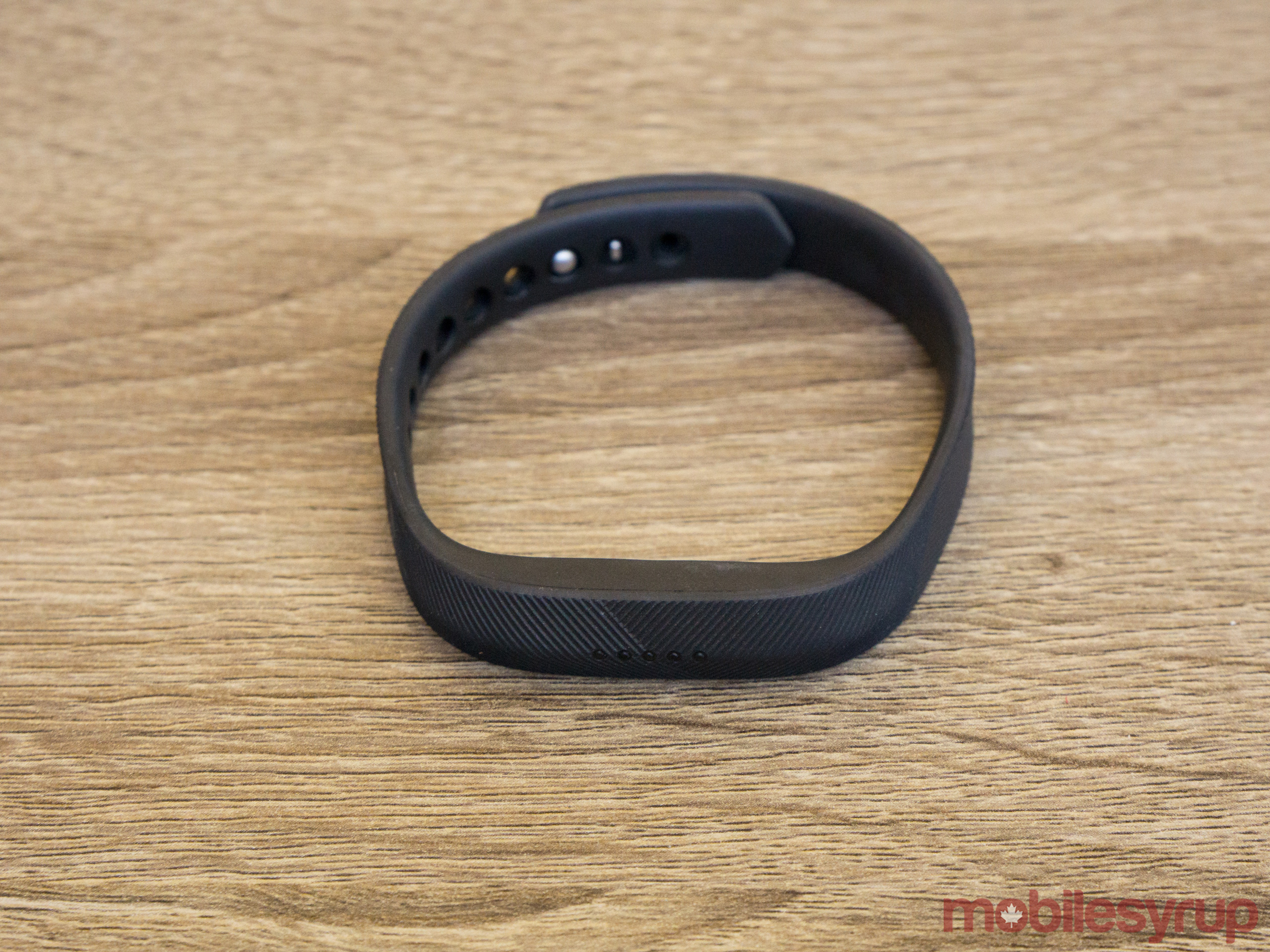 I found the multi-coloured, multi-light system to be slightly unintuitive. I eventually programmed the device to vibrate whenever my phone vibrated after having trouble remembering the colour codes. After using the tracker for a long period of time, however, I imagine the user would memorize which coloured lights match which kind of notification.

I did, however, find the Flex 2’s method of tracking daily progress to be extremely clever. The lights on top of the Fitbit are lined up side by side, and light up gradually throughout the day as the wearer adds more steps to their total. For example, three lights out of five means that the user is more than half the way to their daily step goal.

To view progress, the wearer need only to tap the top of the Fitbit twice, let the device calibrate and then count how many lights out of five were lit after they finish flashing.

In addition to the Flex 2, I also had the chance to try it out with the gold pendant accessory released alongside the device. The tracker portion of the Flex 2 is removable, meaning that wearers can interchange their rubber or leather bands for metal bangles and pendants. 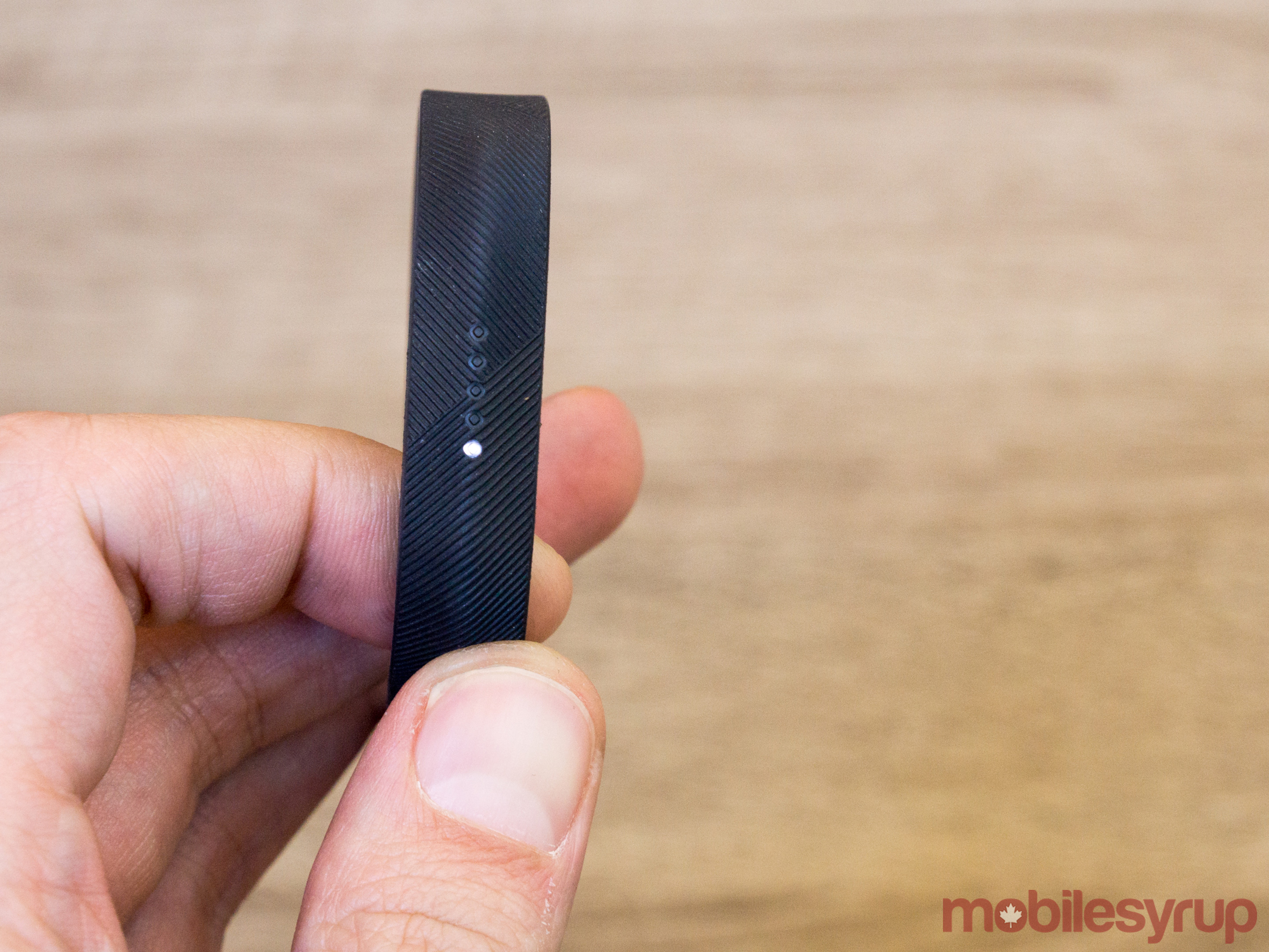 While I think the gold pendant itself is a little odd in its design, I’m intrigued by the idea of dressing up a fitness tracker. A common concern for wearable tech in general is that it stands out from the kinds of jewelry and accessories we’re used to wearing — meaning it’s not as aesthetically appealing as it is useful.

This simple addition has the potential to make fitness trackers more appealing to the large segment of the population who might be more inclined to buy a fitness tracker should they be able to match it with their best dress or wear it with a dinner jacket. Unlike the accessories offered for Fitbit’s other wearables, the accessories paired with the Flex 2 are clearly geared towards female customers. 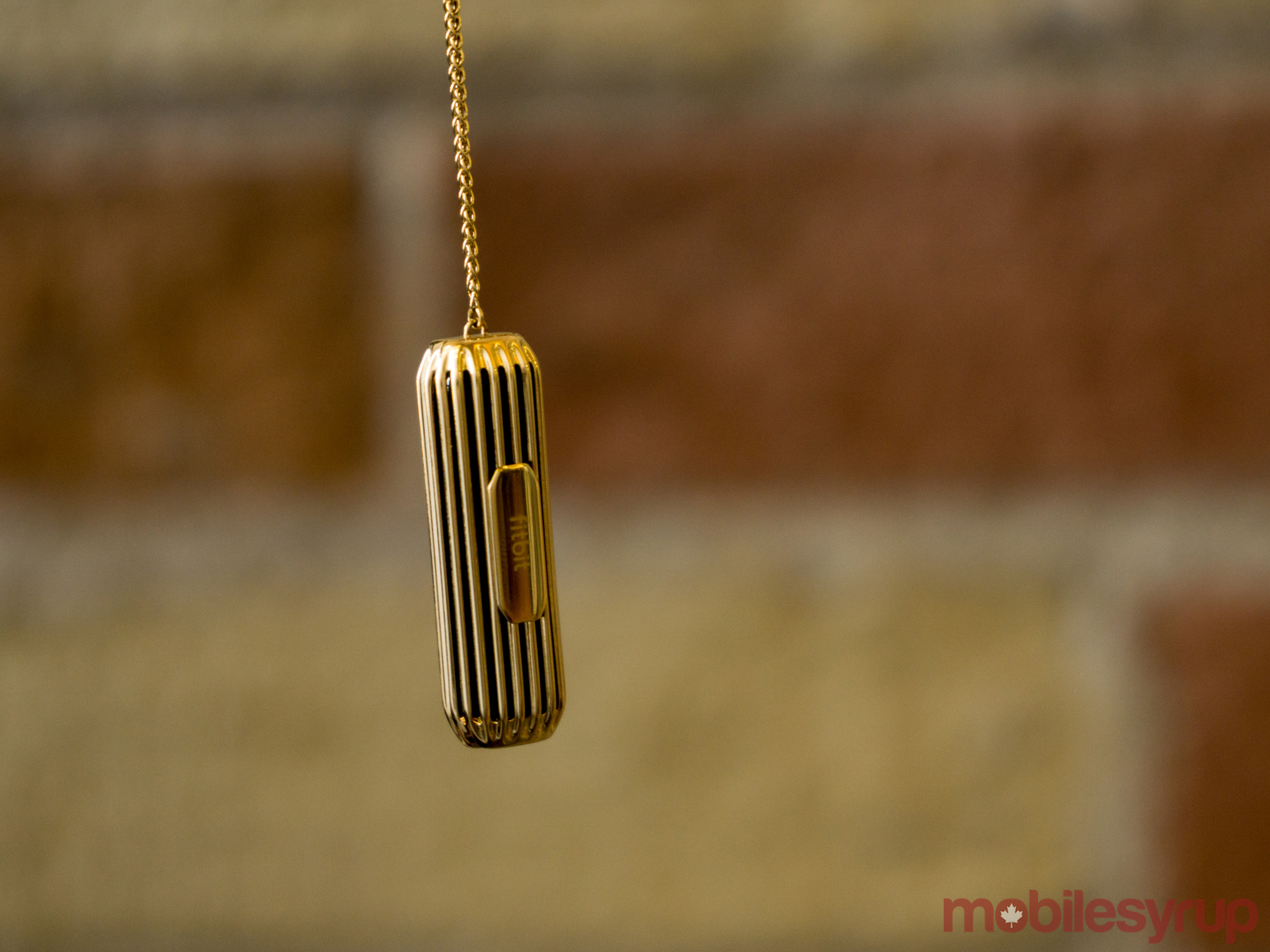 For such a tiny device, it sure does a lot. Paired with the app, the Flex 2 allows its users to track not just their steps, but to monitor calories burned, daily active minutes, exercise, sleep quality, steps per hour, weight loss, water consumed and calories consumed. In addition, the device allows its users to set goals and, with some diligent logging and reporting, track how long it takes them to reach said goals.

While these features are fairly standard for any Fitbit tracker, the five indicator lights really are the centre of the experience, and can be programmed to alert users to all kinds of daily indications about their health.

While the system works well if one uses it to monitor just one factor or just for phone notifications, for example, I found that when using all the device’s features simultaneously, the five-light indicator system becomes a very difficult way to differentiate between several kinds of notifications.

To get the most out of the Flex 2, it would likely be simpler to monitor one health goal at a time, though this takes away from some of the functionality. 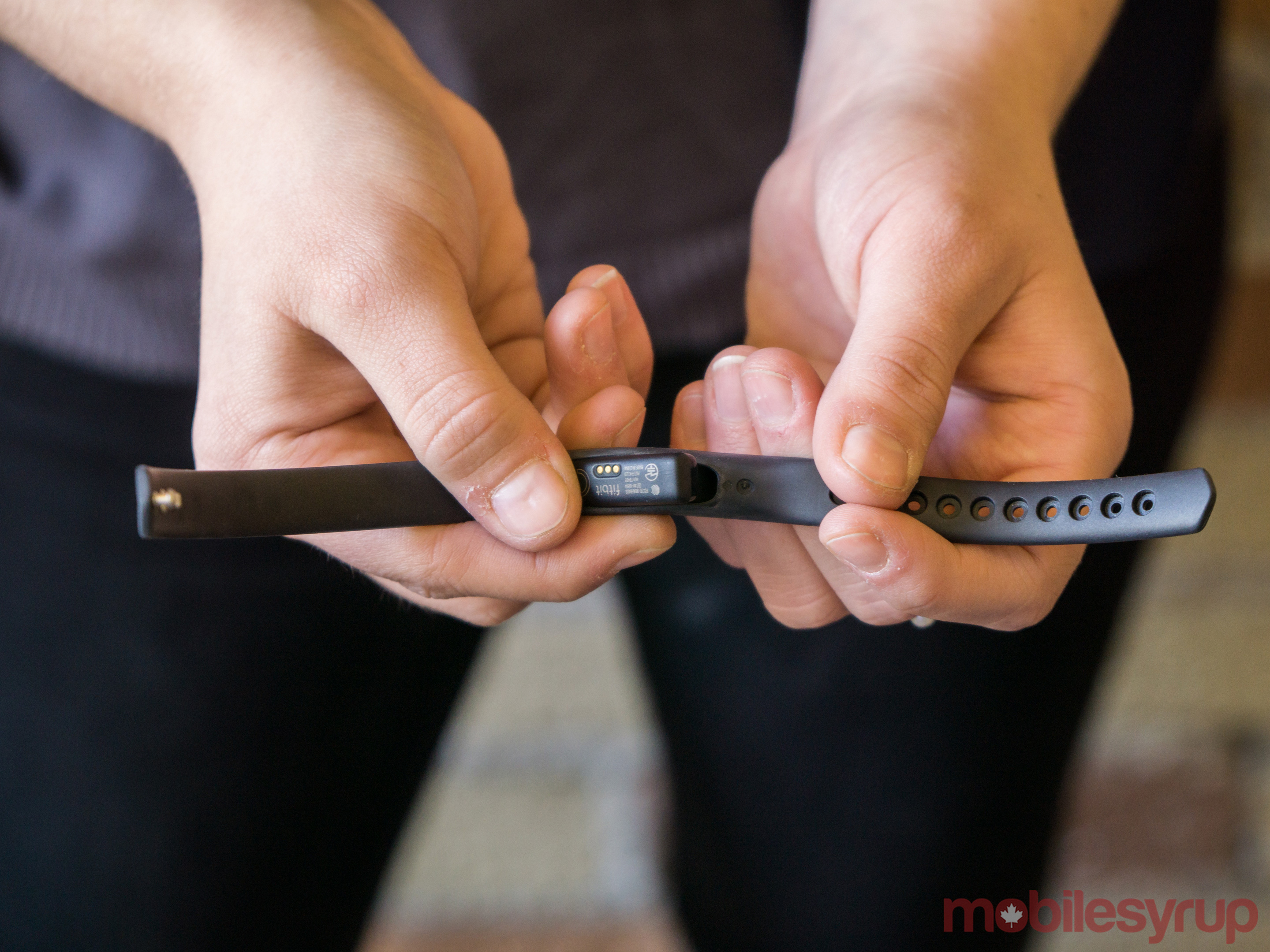 While some fitness trackers, including the Fitbit Flex can last for five days on a single charge, the Flex 2 lasts for at most, two days. In my opinion, this is the device’s greatest drawback. The short battery life and multi-hour charging time prevents a user from getting the most out of some of the wearable’s most useful features, including the seven day fitness summary.

It’s unfortunate that while the Flex 2 is equipped with many features and accessories that promote its consistent use, so as not to interrupt the continuity of the data, a wearer is forced to lose three hours of potential tracking every two days to charge the device. Furthermore, as someone who found the detailed sleep reports to be extremely useful, I’d be disappointed to have to take the tracker before bed to charge it.

The Flex 2 is cleverly designed to blend into the background of the wearer’s daily experiences, and promotes the idea behind the rise of fitness tracking in the first place — that the process of collecting our own data is useful without being complex. Having to take the device off every couple of days just to sit through an unreasonably long charging time ultimately prevents it from achieving its goal.

Despite this, the Flex 2 is a waterproof wearable. This feature helps to make up some of what’s lost from the experience due to the short battery life. It’s incredibly useful to be able to wear the tracker while swimming, in the shower, and even while running through the rain without worrying about water damage.

The right fitness tracker to get you started 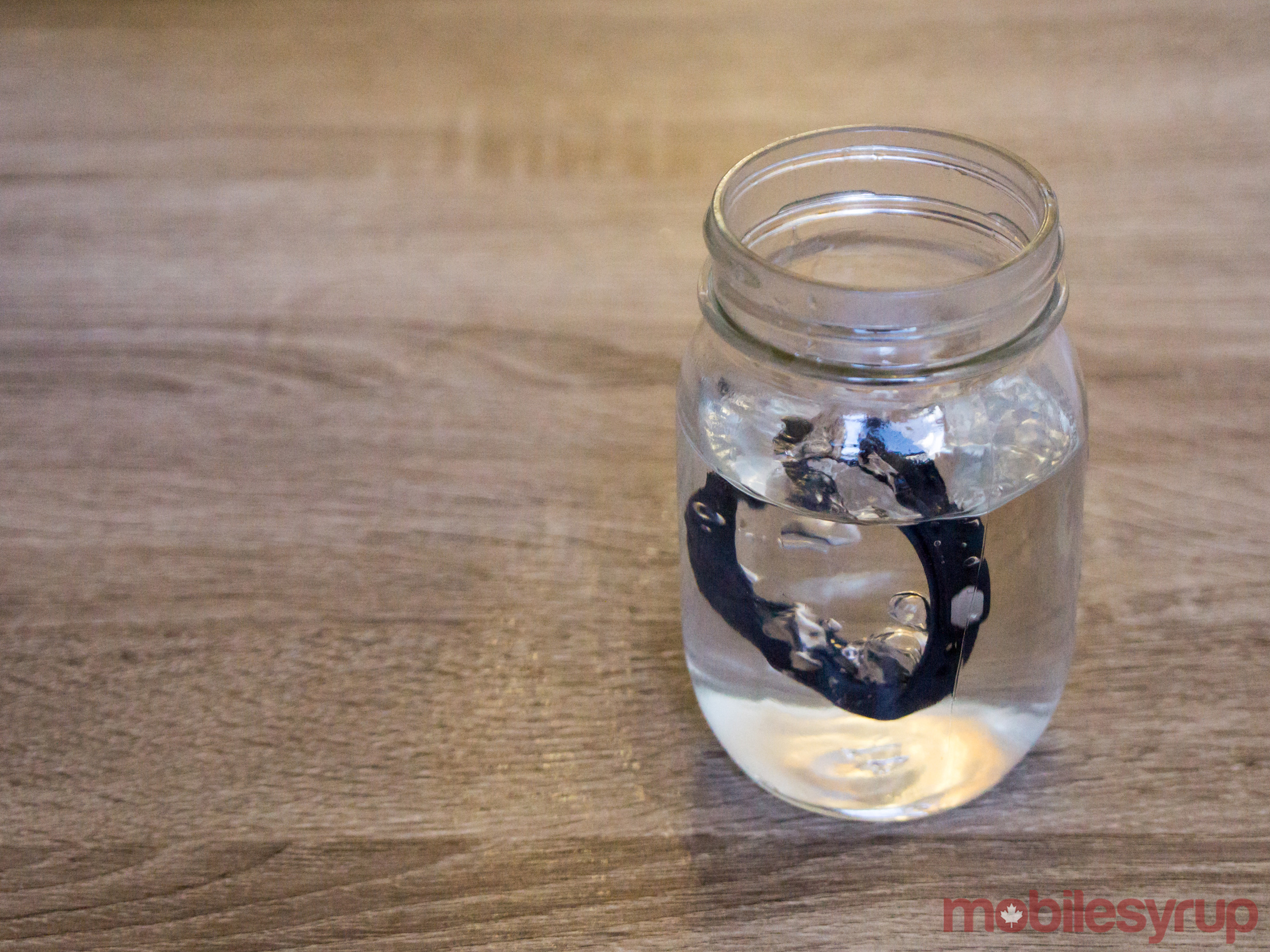 The Flex 2 has the right idea. With an abundance of health tracking features packed into a simple, easy-to-wear device, it’s the perfect fitness tracker for someone looking for their first wearable.

On the other hand, it could prove extremely useful for someone purchasing the tracker with a specific goal in mind, such as exercise weight loss or calorie counting in mind. When using the device for one or two things at a time, it’s just simple enough to work.

As someone who’s unlikely to make use of every potential feature at once, I enjoyed the experience and would recommend the device to the fitness rookies of the world.

At a fairly economical price, $129.95 CAD, someone with these goals in mind would find the Flex 2 useful and appropriate. In addition, the Flex 2 pendant starts at $99.95 and comes in both gold and silver. The Flex 2 bangles start at $129.95 and come in silver, gold and rose gold.

However, for the purpose of more comprehensive health tracking, the five-light indicator system isn’t enough to communicate clearly with the wearer, and the battery life isn’t sufficient for uninterrupted use.

Related: Charge 2 Review: Fitbit’s best tracker yet may not be the best fit for you