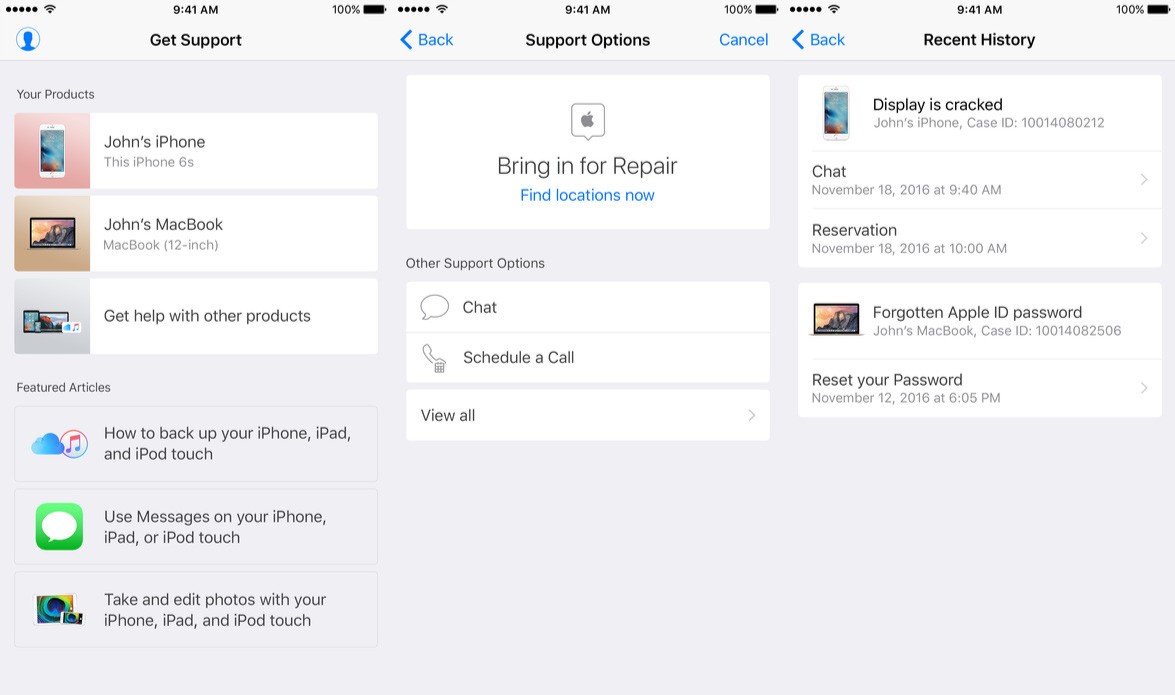 In the last year or so, Apple has stepped up service and support efforts in a major way.

Between launching several Twitter accounts, including @AppleSupport, which won a prize from Twitter this week as the top customer service provider on the social network. Now, it appears Apple is ready for the global launch of a new support service that has been rumoured for at least a year, an iOS app called Apple Support.

The app first appeared in the iOS App Store in the Netherlands, and still hasn’t made it to any other countries yet. The new app shows any Apple products owned by the account holder, and includes help articles, live chat functionality, and the ability to book Genius appointments, with that last bit of functionality previously built in to the Apple Store app.

It’s unclear so far exactly when this app will get a global rollout, but assuming nothing goes wrong with the version released in the Netherlands, it will likely hit other markets soon. Many Apple Store visitors have complained that it’s difficult to get an Genius Bar appointment on short notice these days, so hopefully with live chat and the ability to schedule a support phone call from within the app, more people will be able to get the help they need without needing to visit a store.