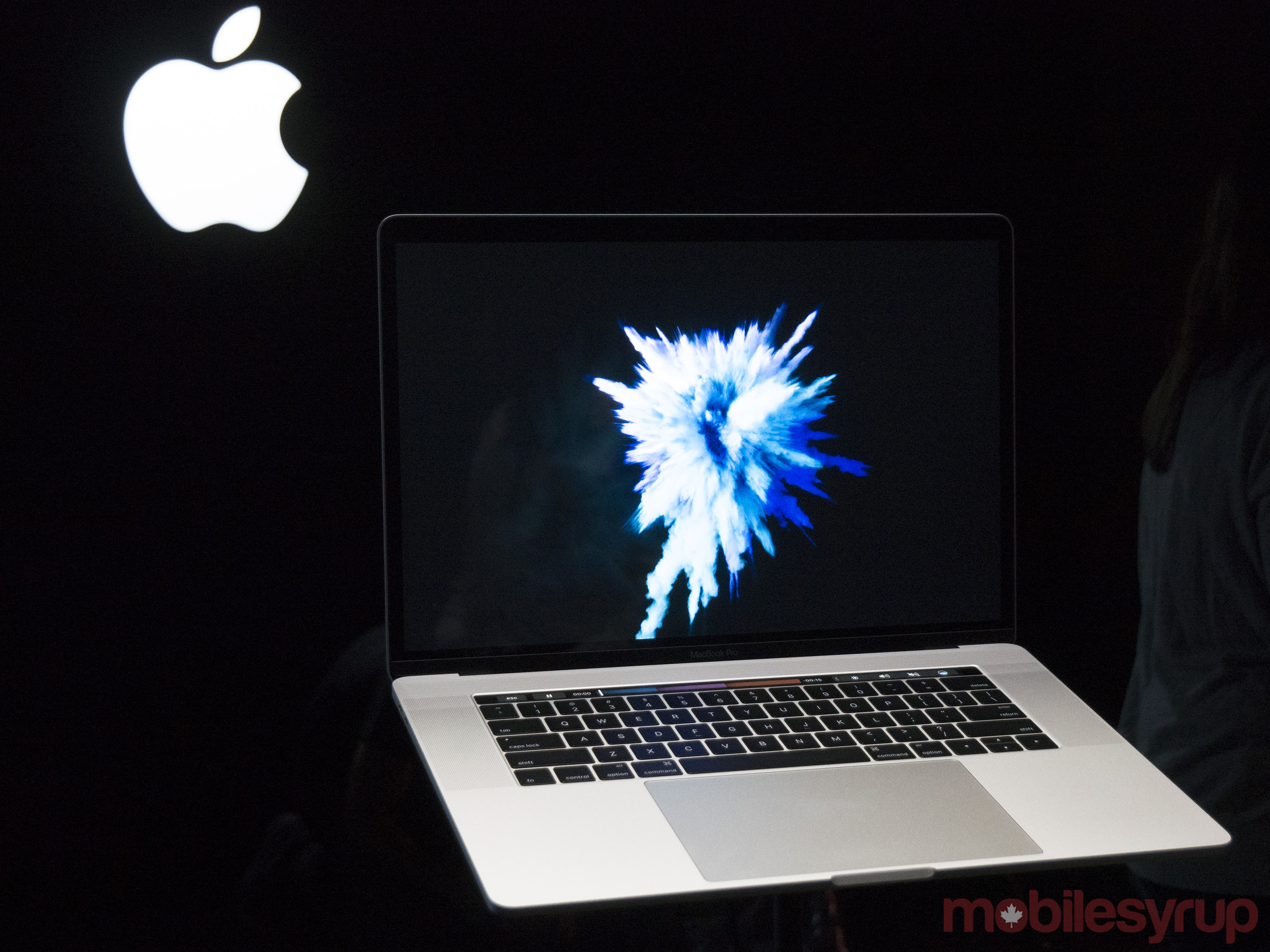 The 13-inch model with physical buttons is shipping to Canada starting today, while the other two versions are now available for pre-order and will ship in two to three weeks.

While I’ve only spent a brief amount of time with the laptop, I walked away from the experience impressed. At least at the outset, Apple’s new MacBook Pro is a worthy upgrade to the Cupertino, California-based company’s line of laptops.

The Touch Bar could be revolutionary 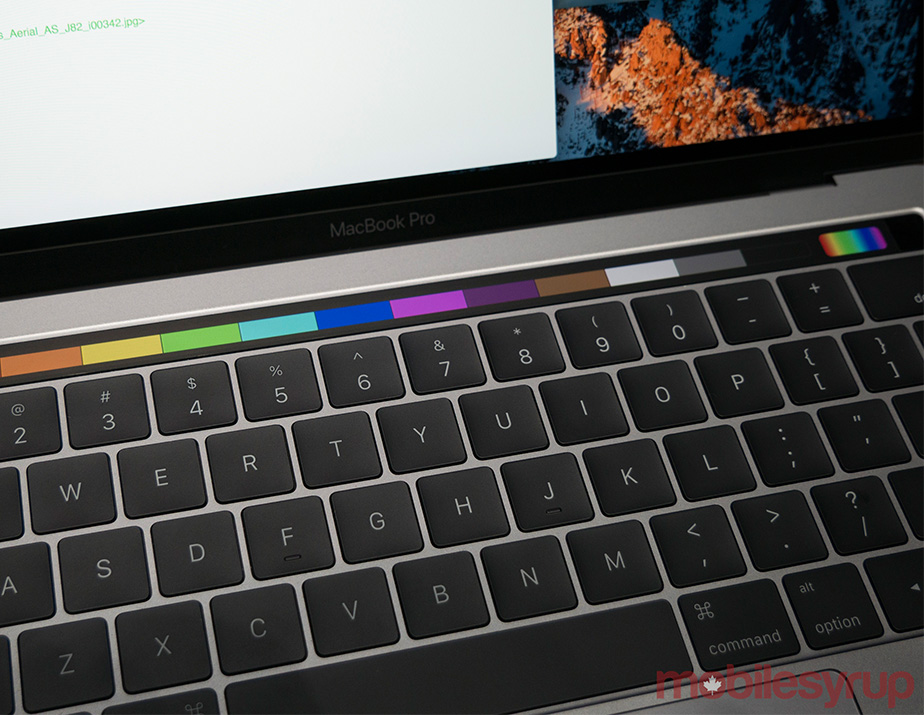 The new Pro’s marquee feature is the oft-leaked Touch Bar, which actually happens to feel less like a screen and more like a touch panel due to its textured matte finish. This gives the buttons a physical feel despite the fact that they’re still contextual.

The secondary display also isn’t bright, which ensures it isn’t distracting, though because it’s always changing you’ll need to look at it fairly constantly and this could make it difficult to use when rapidly jumping between apps. In terms of brightness, the light of the Touch Bar is probably about the same as the keyboard’s backlight.

The key to the Touch Bar actually making sense for everyday users is app developers utilizing it in a way that’s comprehensible. In the short period of time that I tested out the matte touch panel, it worked great for adjusting simple options like volume, altering settings in Photoshop, as well as applying filters in Photos and working through emails at a rapid pace. 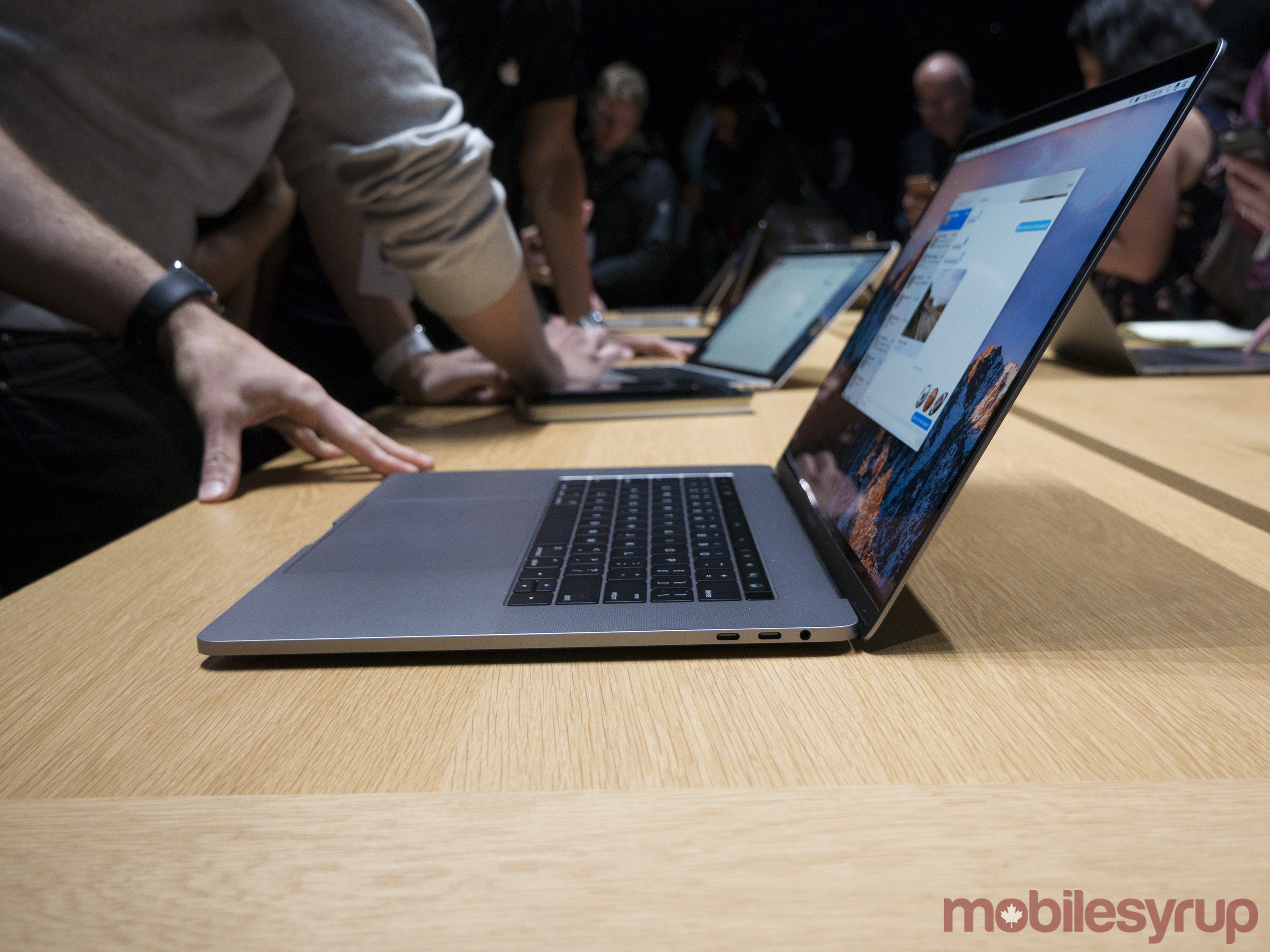 Buttons can also be rearranged and moved around the panel, allowing you to customize them how you see fit. However, I’m not sold on the Mail-related features that allow you to long-press to reply to messages and fill in text with quick prompts as well as add emoji. It’s unclear if this will be the case across the board when it comes to apps that take advantage of the feature.

The Touch ID fingerprint scanner Apple discussed during its keynote is located on the right-hand side of the laptop’s Touch Bar. While I didn’t get to test out the feature myself, it seemed to work well enough when I watched an Apple representative demonstrate it. It’s also worth noting that holding down the Touch ID button turns off the computer as well, though I didn’t see this feature in action during my brief hands-on time with the new MacBook Pro. 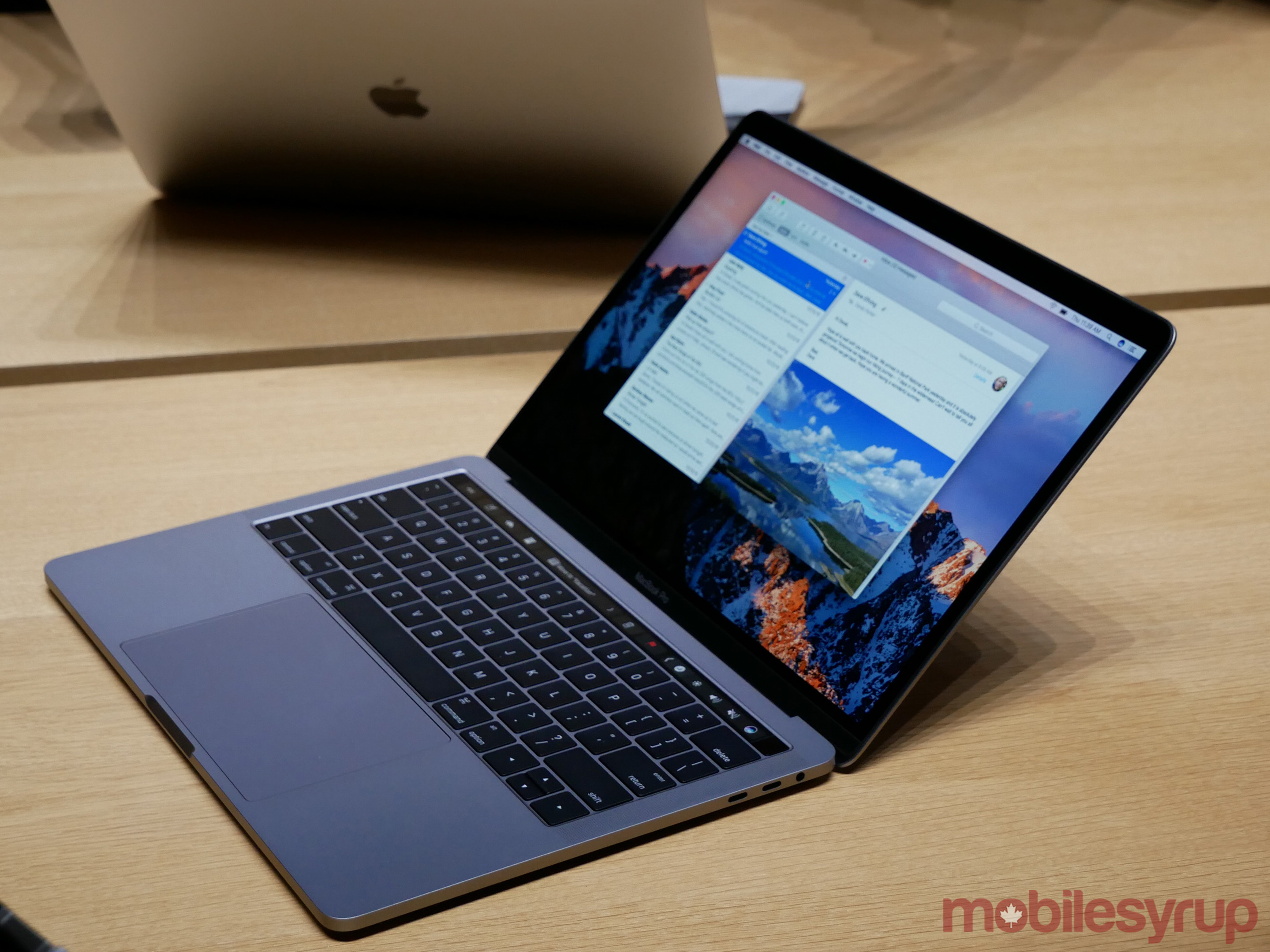 I may be in the minority with this one, but I’m a fan of the 2015 and 2016 MacBook’s Butterfly keyboard. I disliked it at first, but the longer I spent with the computer, the more I began to appreciate the keyboard.

That keyboard is back, for better or worse, in the new MacBook Pro, though the keys do feel like they have slightly improved travel and accuracy. For some, this could be a deal breaker. There’s a vocal demographic out there that absolutely hates this keyboard.

The new MacBook Pro’s trackpad, on the other hand, is enormous and significantly larger than the one present on the older MacBook Air and MacBook Pro. It feels just as accurate as the trackpad featured in the previous iterations of the Air and Pro too. Palm-rejection also feels accurate, though again, I’ve only spent a small amount of time with the laptop. 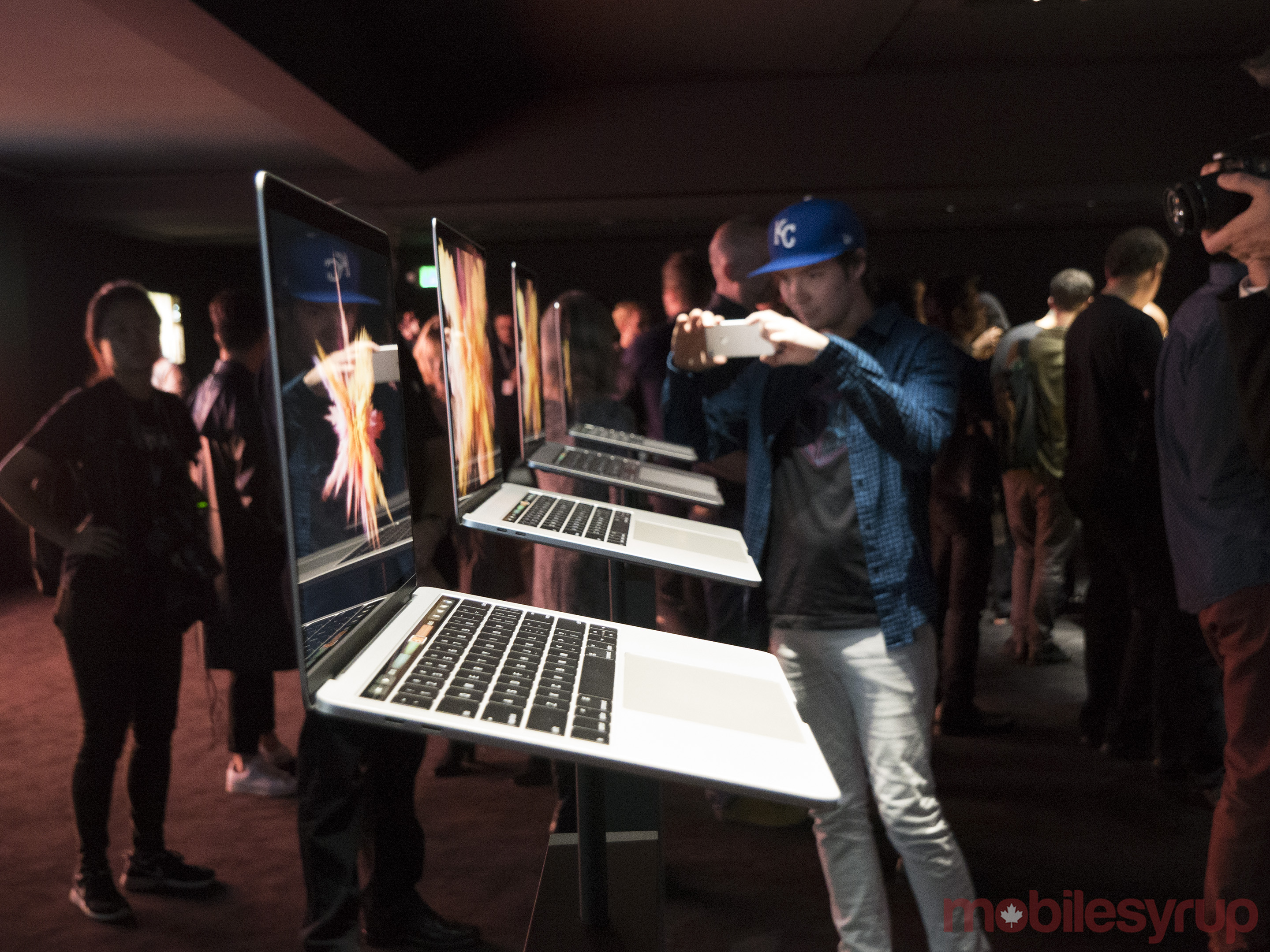 While a Retina screen is standard in most of Apple’s Mac products now, it’s still worth noting that at least at the outset, the 2016 Pro’s display is vibrant, bright and full of colour depth, especially in Apple’s dimly lit hands-on demo room.

Thinner than the MacBook Air 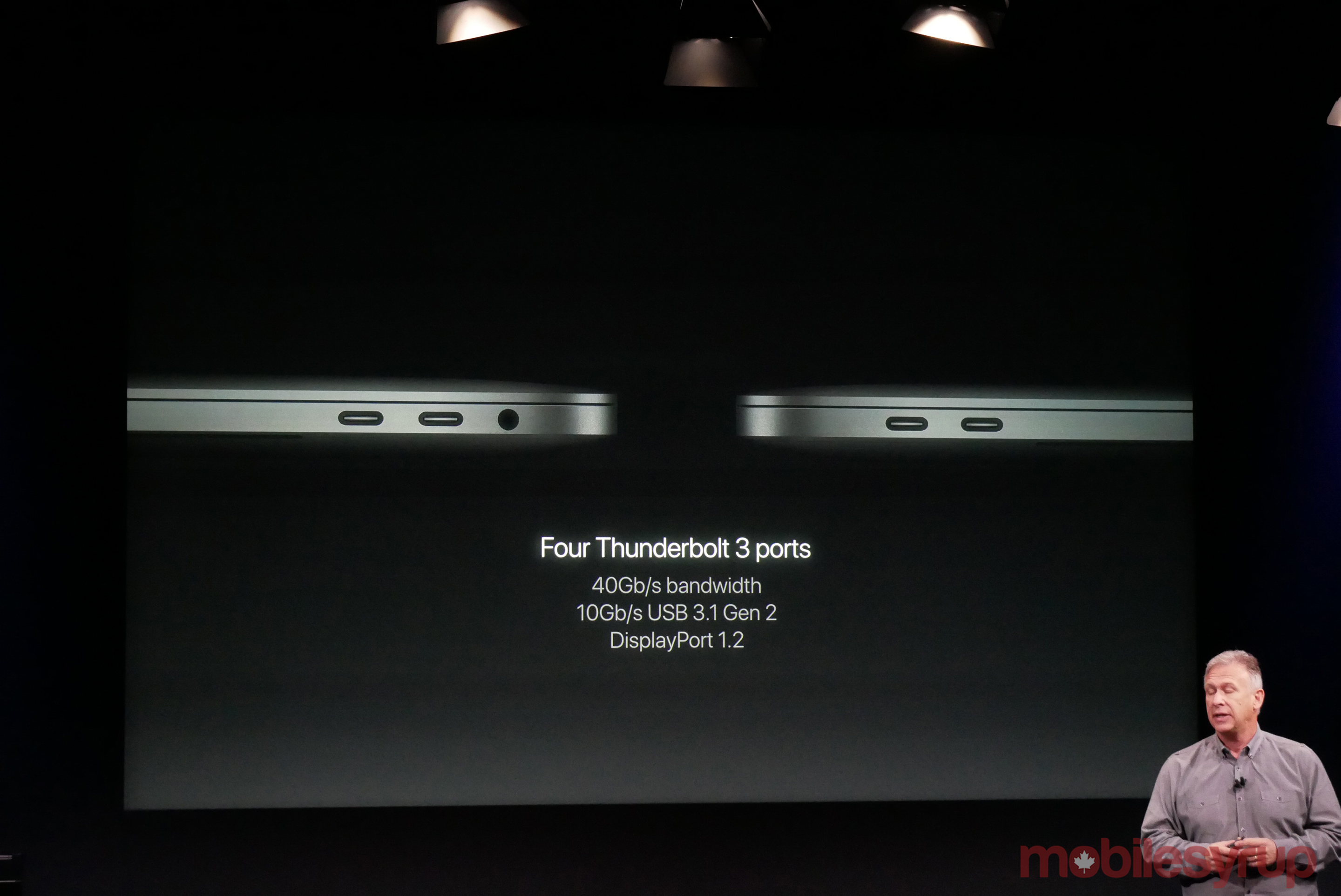 Let’s get this out of the way first: the 2016 Pro is not as light as the 2015 or 2016 12-inch MacBook, though it does feel considerably lighter than past iterations of the MacBook Pro and MacBook Air, measuring in at about 1.3kg (approximately 3 pounds).

The wedge shape present in the MacBook Air and Pro is also a thing of the past, with Apple adopting a flat form factor for the Air. Some probably won’t like this shift but I’ve never found the wedge look aesthetically pleasing and prefer a more uniform form factor.

Port-wise the new Pro comes equipped with 4 Thunderbolt USB-C ports and any of these ports can apparently be used to charge the device, which will come as a relief to those who were frustrated with the 12-inch MacBook. USB-C is an obstacle right now so you’ll have to adopt the #donglelife, but the port technology really is the future. 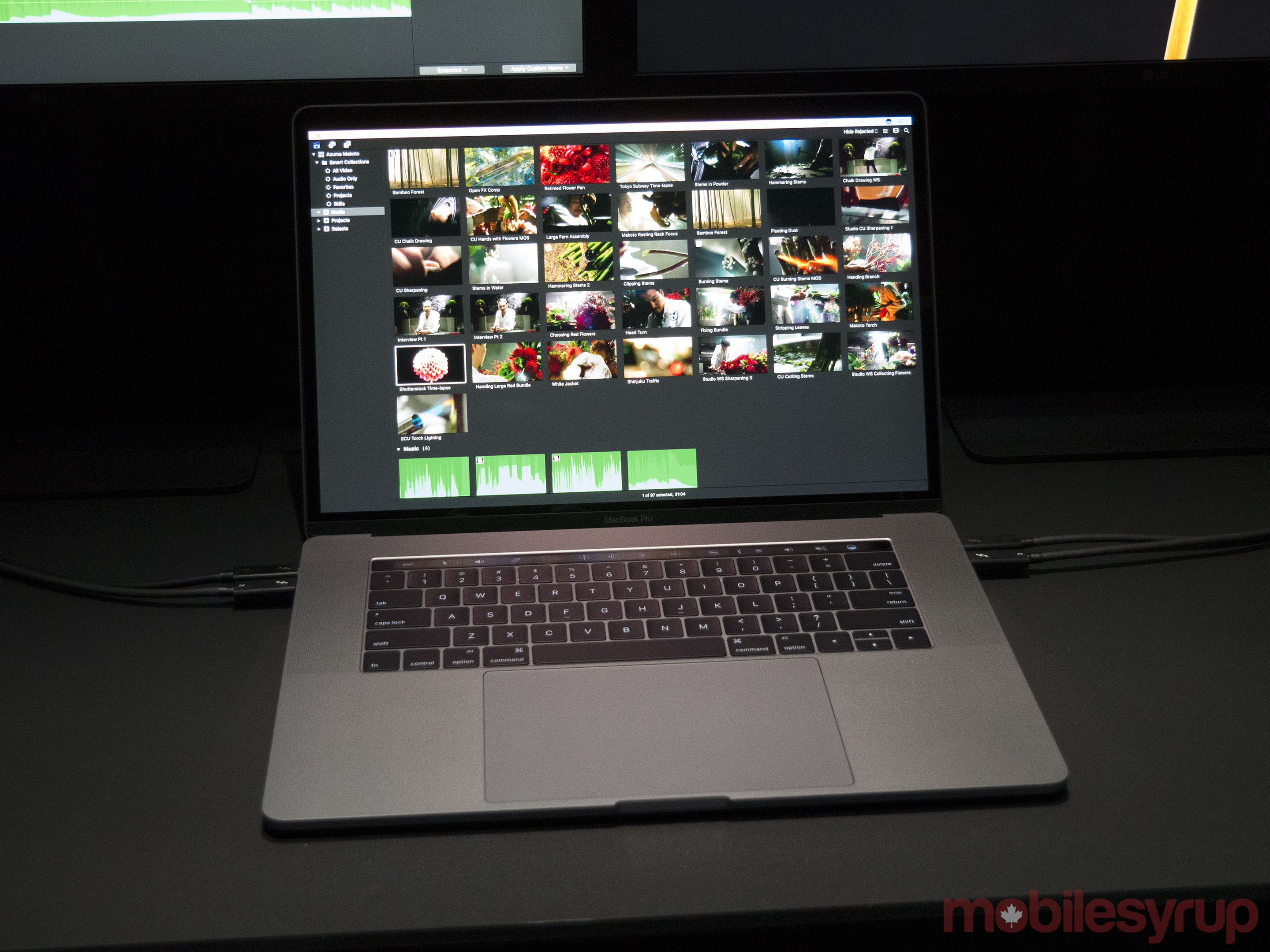 This is a period of transition and utilizing a dongle is a fact of life when you’re an early adopter. Adapters are annoying, it’s true, but until USB-C becomes standard, which could take a number of years, this is set to be the new normal. Still, it’s impossible to deny that including some sort of dongle with the Pro would have made this less of an issue.

And yes, you guessed it, the Pro does include a 3.5mm headphone jack, unlike the iPhone 7 and 7 Plus of course. 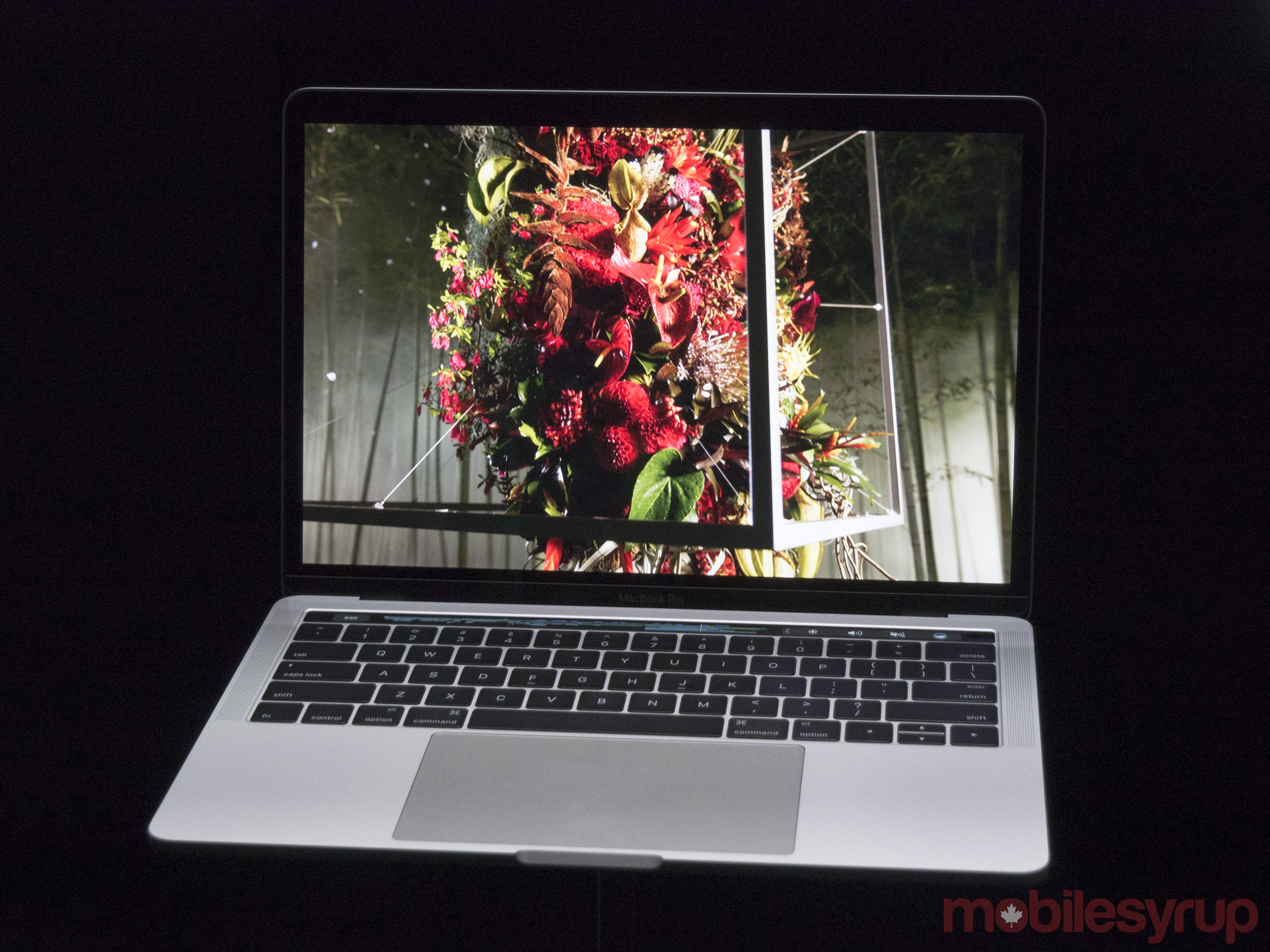 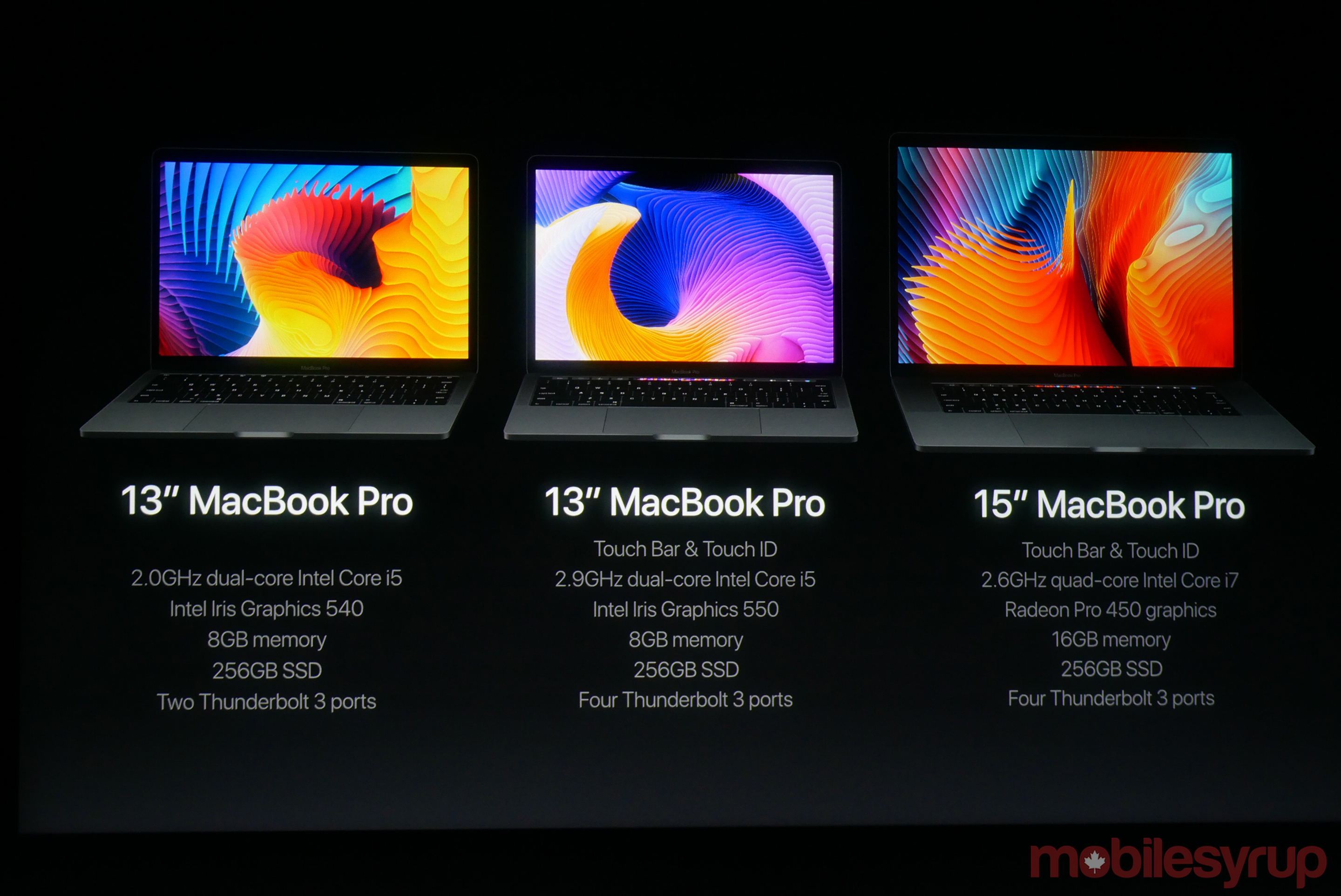 While far from a gaming PC, these specs are a significant improvement over the current Pro and Air models. There’s also a 13-inch MacBook Pro that starts at $1,899 that doesn’t include the Touch Bar, which, while the panel is the marquee feature of this refresh, could appeal to those looking to save a few hundred dollars.

It’s difficult to pass judgment on the new Pro given the brief amount of time I’ve spent with the laptop, but I’m impressed with what I’ve experienced so far. The Touch Bar is impressive and could truly be extremely useful, its revamped look and size is great and its upgraded internals are long-overdue.

However, for some, this might not be enough, especially those expecting a total and complete overhaul of the concept of a laptop. We’ll have more on the new 2016 MacBook Pro, including a full review, in the coming weeks.