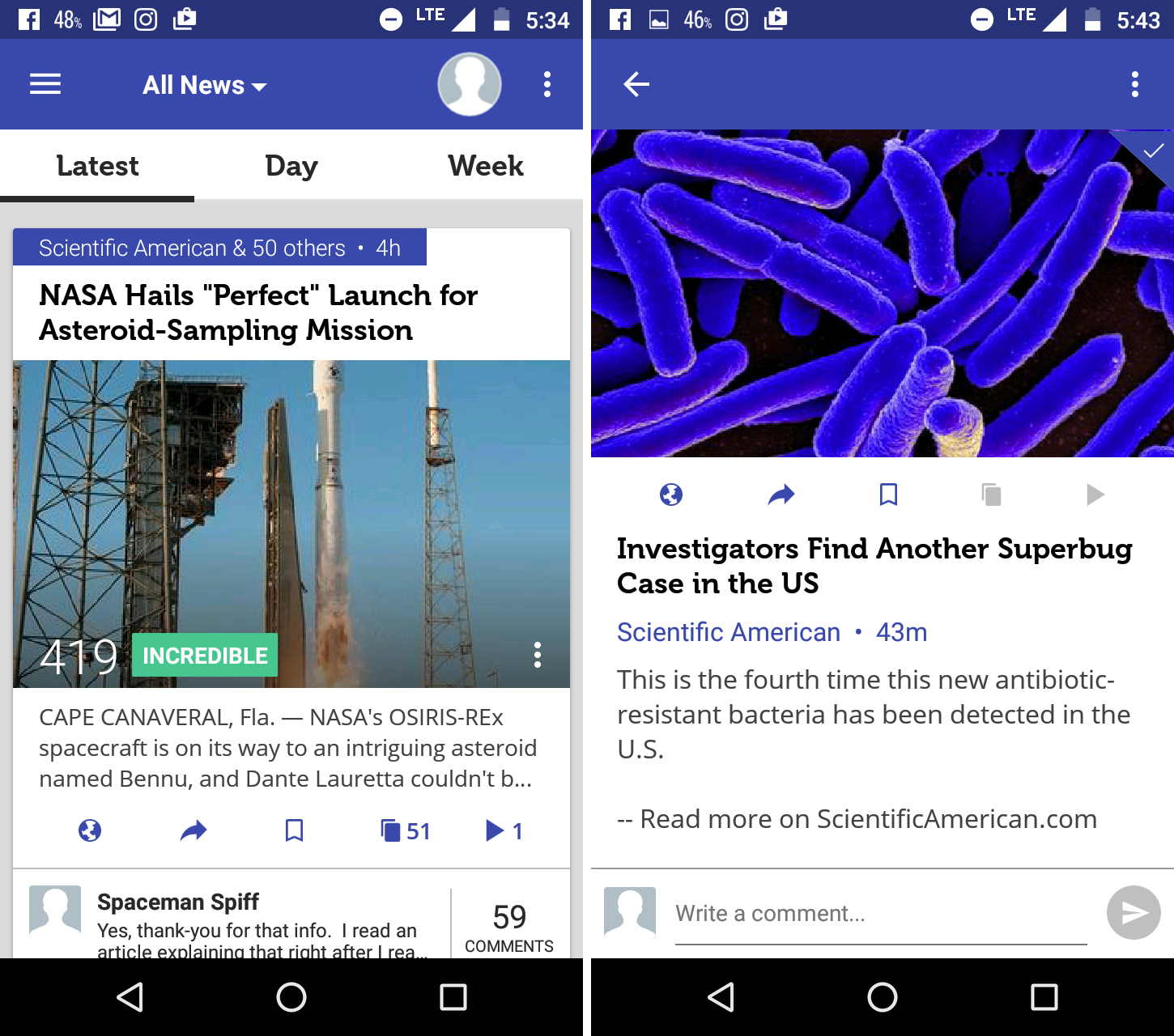 There are a lot of apps out there that are easy to mindlessly scroll through — Facebook, Instagram, Pinterest, etc. — but they don’t do much for your mind.

If you’d rather keep the old brainbox active and curious while wasting time on your smartphone, what better way than to switch from scrolling through various social medias to scrolling through scientific news and discoveries?

Scientific News & Discoveries by Newsfusion gives you that opportunity. It’s essentially like an RSS feed or Flipboard-type news aggregator, but you don’t have to go through the hassle of setting up and choosing publications. 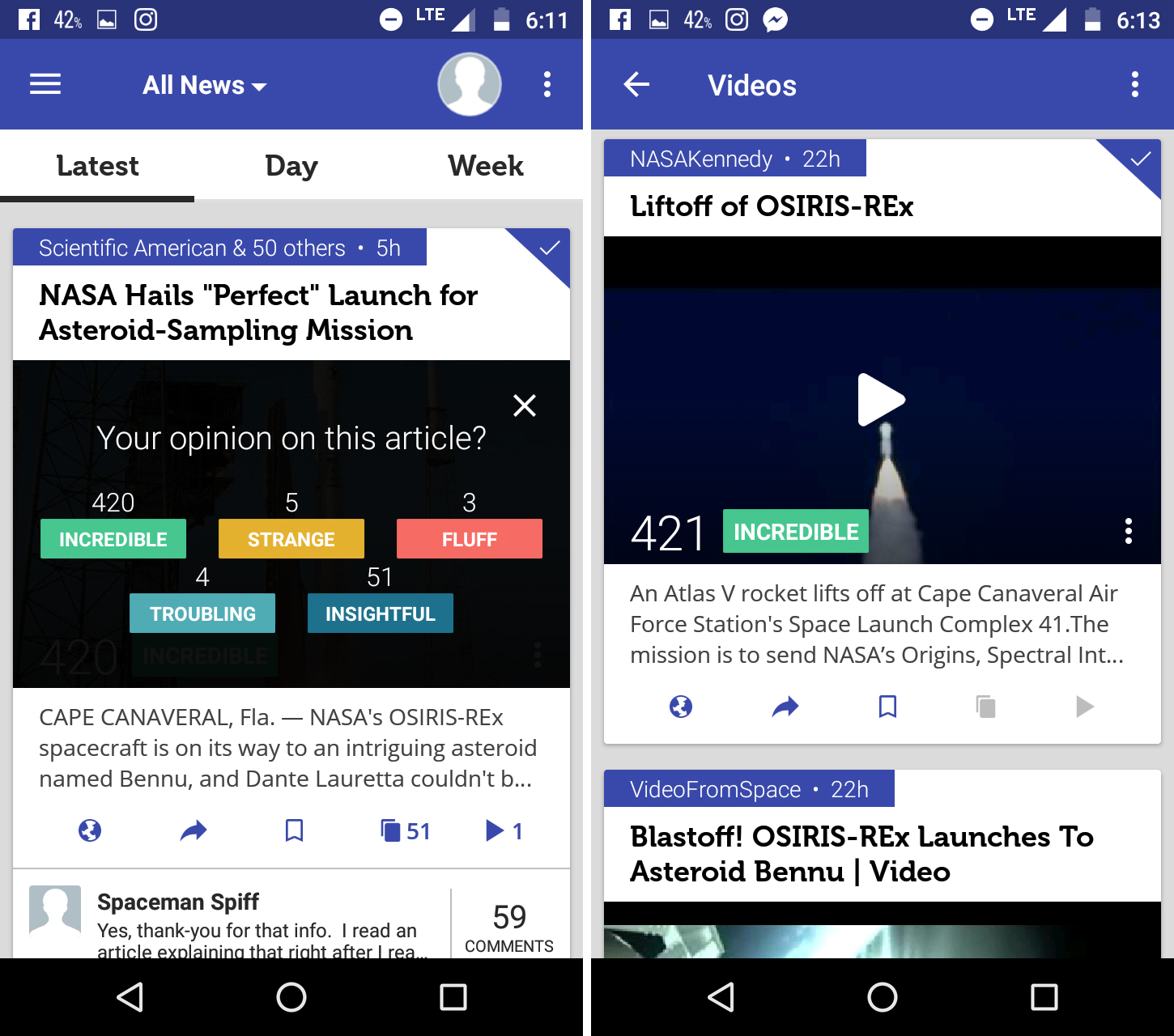 You simply download the app and it does the rest, showing you the most popularly reported-on topics with all sources listed. Like Reddit’s app, the stories are also ranked by user votes, which take the form of tags like ‘incredible’ or ‘fluff,’ and users can comment on the postings as well. Unlike Reddit’s app, it’s incredibly simple to use, with lots of visuals.

Users can also subscribe to push notifications for particular topics of interest to them, save results to read later and block sources if they’d rather not see news from a particular publication or YouTube channel.

The app is available for free with ads, or for a one-time fee of $3.92 on the App Store and Google Play Store.

If you enjoy the format, but would rather news on a different subject, the developers, Newsfusion, also offer news apps for many other subjects — including gaming and tech news and reviews.