Relax with Recolor [App of the Week] 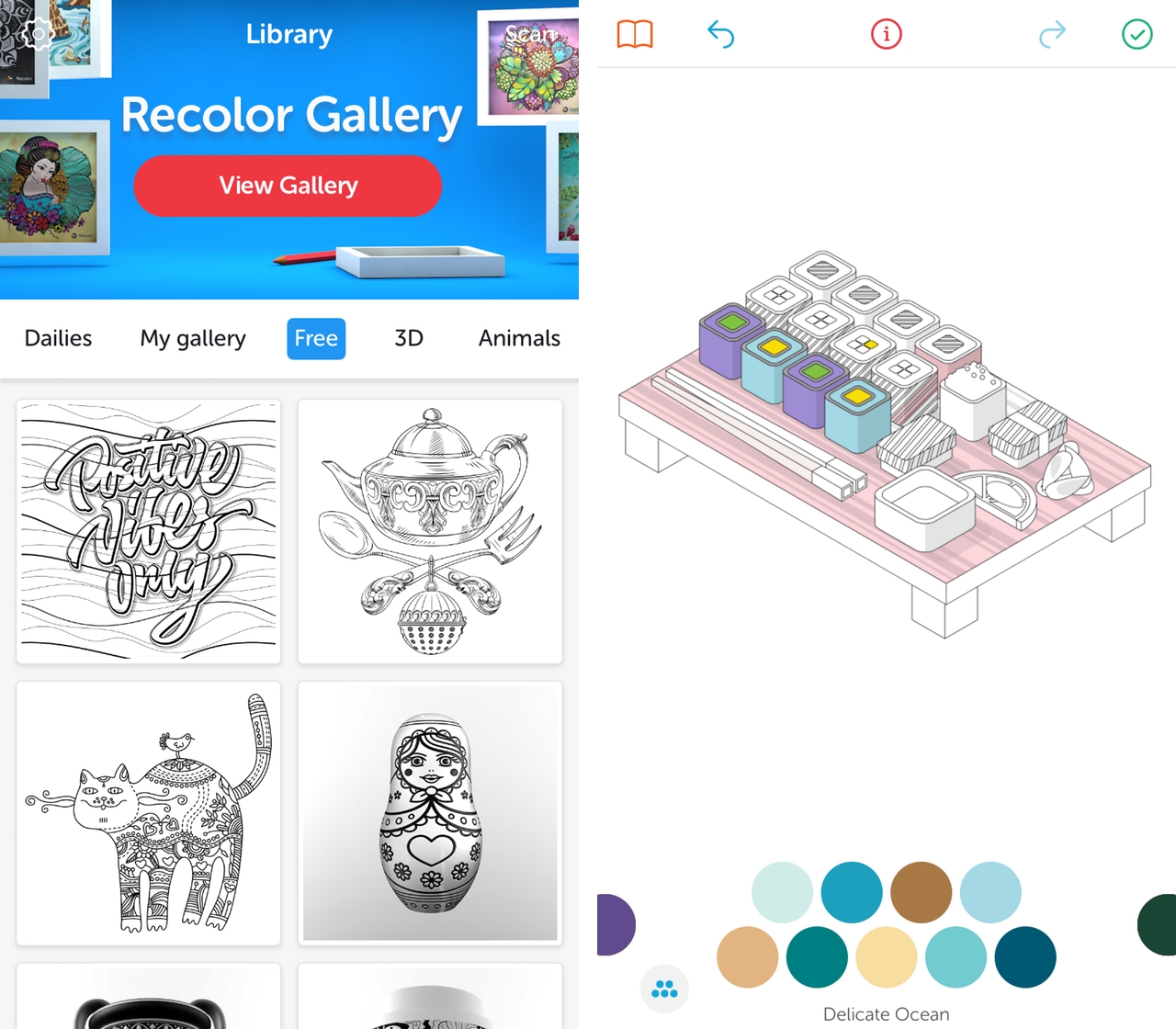 Adult colouring books have become something of a cultural phenomenon in the last few years. In New Zealand, for instance, seven of the 20 best selling books this year have come from the genre. Across the world, adult colouring books generated approximately $5 million in sales in 2015, according to Nielsen.

With so much money involved, it was only a matter of time before a number of mobile app developers released digital colouring books. Recolor, our app of the week, however, is the best in a crowded field.

From a functionality standpoint, Recolor is a straightforward affair. Users launch the app, choose a picture they want to colour in, many of them beautifully detailed, and start colouring to their heart’s content. While there’s something to be said about physically colouring in an image, Recolor works well in a pinch. With multiple colour palettes to choose from, it’s possible to let one’s imagination go wild, all without buying any crayons or colouring pencils. Moreover, the app’s back catalogue includes more than 950 sketches, with more being added each day. 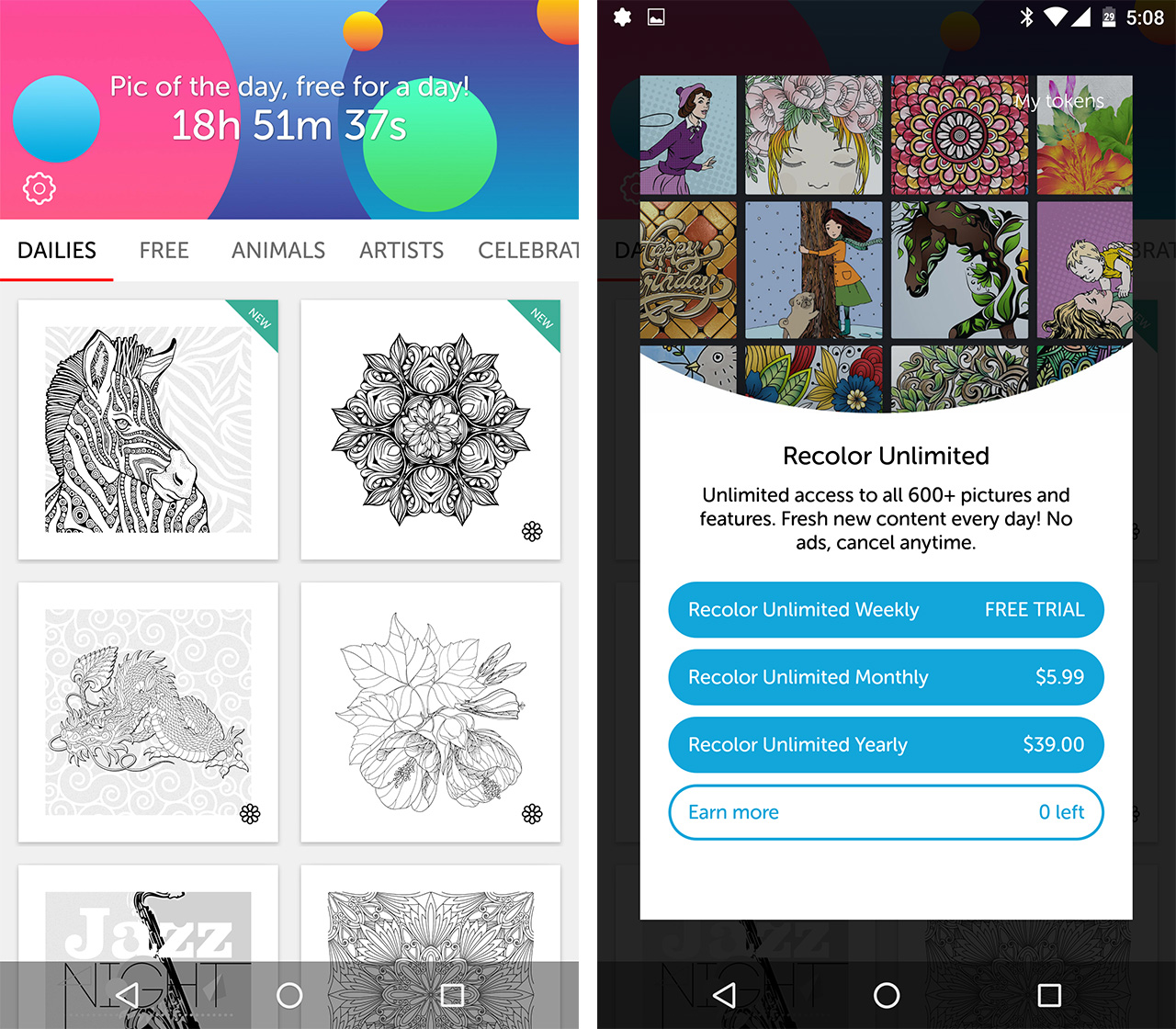 One cool addition is that it’s possible to scan images you’ve found on the Internet or ones you’ve captured with your smartphone and add them to the app.

Recolour’s main appeal, however, is that it’s more affordable than main competitor Colorify. After a seven day free trial, it costs $10.99 per month to access Recolor’s growing image library. Alternatively, users can save some money by paying for a year of service up front, which costs $54.99.

At first blush, that’s a lot of money for an in-app subscription, but it’s significantly less than Colorfiy asks for, and when you consider that a physical colouring book with approximately 50 images costs about $15, then Recolor’s subscription is actually pretty reasonable. The selection of free pictures is also clearly labeled, which is not the case in Colorify where even some of the “basic” require a subscription to access.

If Download Clorify from the iTunes App Store and Google Play Store.