Spotify music can now be shared in Facebook Messenger 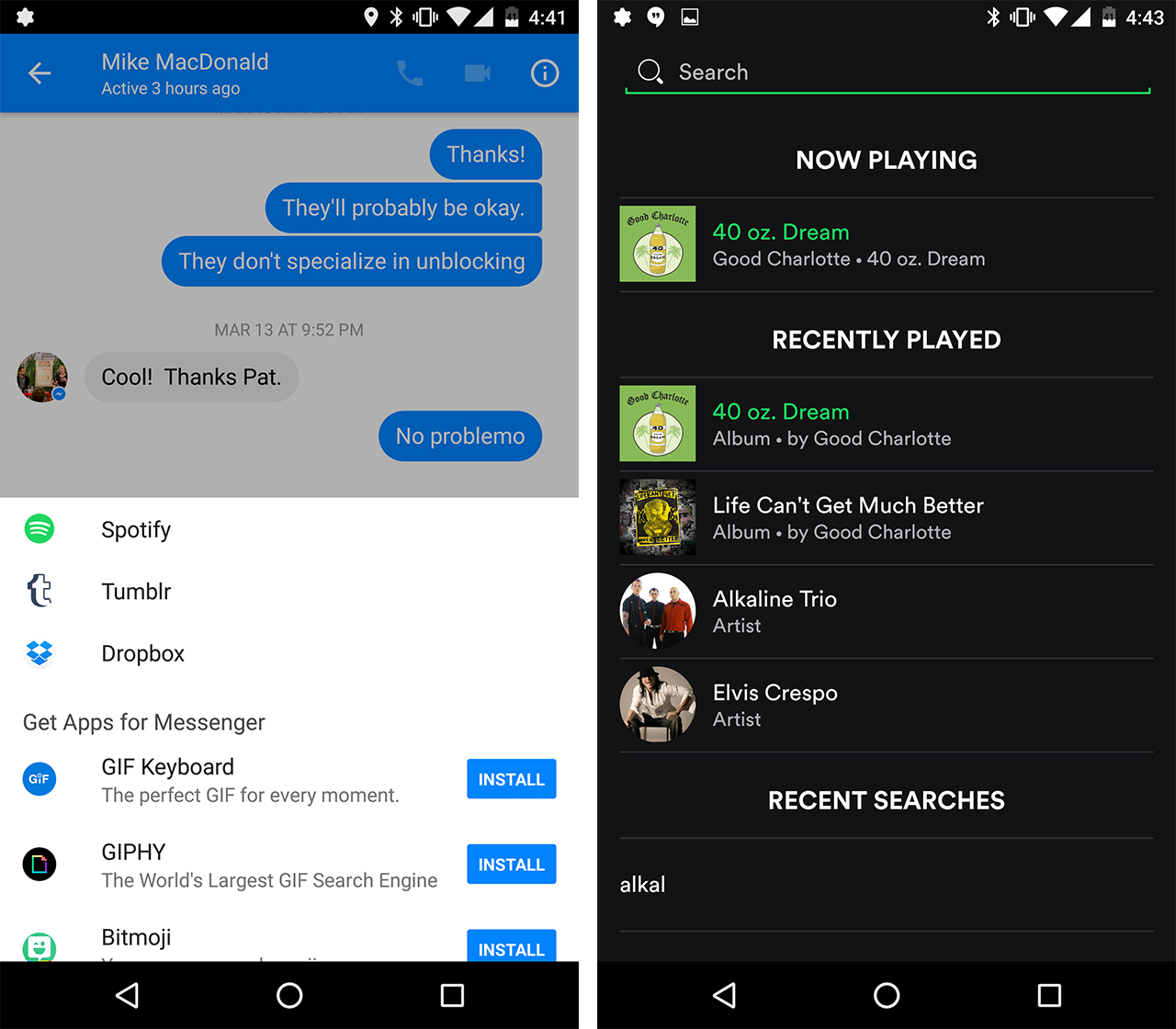 Facebook Messenger is about to get a little more musical.

In its never ending goal of turning Facebook Messenger into a platform and not just an instant messaging app, the tech giant has added Spotify integration to its messaging platform.

The new feature allows users to share songs and playlists with Messenger contacts. Spotify music can’t actually be played within Facebook Messenger, limiting the integration to only sharing tracks, playlists and artists via the actual platform, which pops up when links are opened.

One caveat, however, is for the link to open, Spotify needs to be already installed on the device, though it does open even if you aren’t a premium Spotify subscriber.

Facebook Messenger last revealed that it has over 800 million unique users.