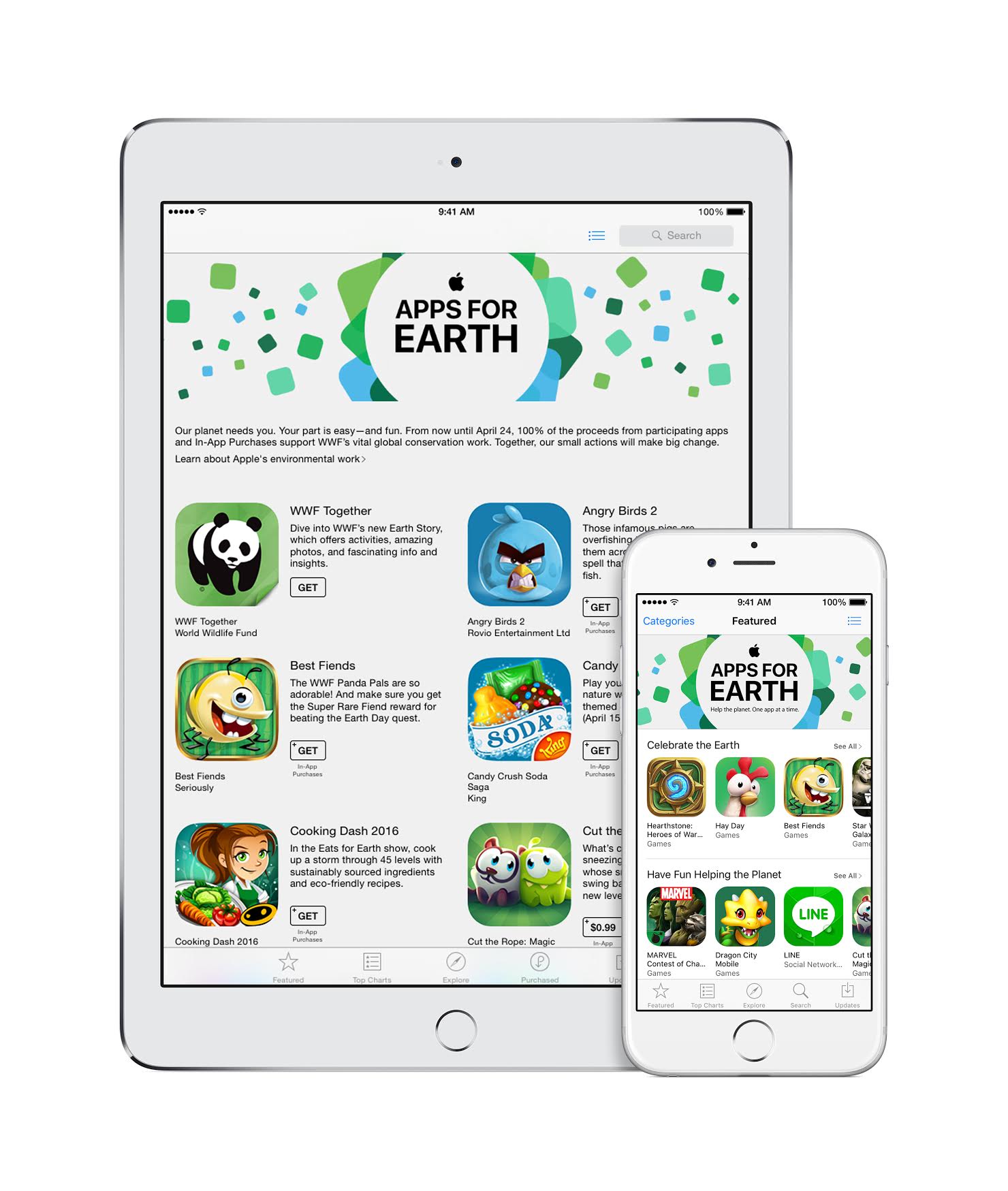 Apple is launching Apps for Earth today, a campaign in which 27 high-profile app developers are running custom features and in-app purchases for the benefit of the World Wildlife Fund (WWF).

The campaign is raising funds for the charity, as well as awareness of WWF’s core focuses – conservation, food and climate change – until the 24th of this month.

Depending on the app, 100 percent of the purchase price, or select in-app purchases, goes directly to the WWF. All of the apps participating have developed custom-made features designed specifically for the campaign.

For instance, in Hearthstone, players can purchase a new hero, Kahagdar, who will “unlock arcane powers and protect against evil.”

“This is a cause I have a deep personal attachment to, ” commented Alex Thabet, President of Ludia Games, in an interview with MobileSyrup, noting that he believes the studio’s contribution will be significant because Jurassic World: The Game reaches approximately one million users every day, and has been one of the top ten grossing apps in over 50 countries.

He adds that he thinks it’s important the tech industry gets involved with environmental issues: “Technology, in the same way it revolutionized the Industrial Era in improving productivity, will hopefully make an unprecedented contribution to the ecosystem, that many would consider impossible today at a time when the impossible is needed.”

Apple has put a strong focus on the environment of late, with a revamped apple.com environment page, highlighting initiatives including its renewable energy investments and forestry partnerships.

The company is also turning the Apple logo’s leaf green at 132 stores around the world beginning today and tomorrow employees will wear green t-shirts to raise awareness for the cause. In addition, Apple will be switching to recycled paper bags at all US stores.