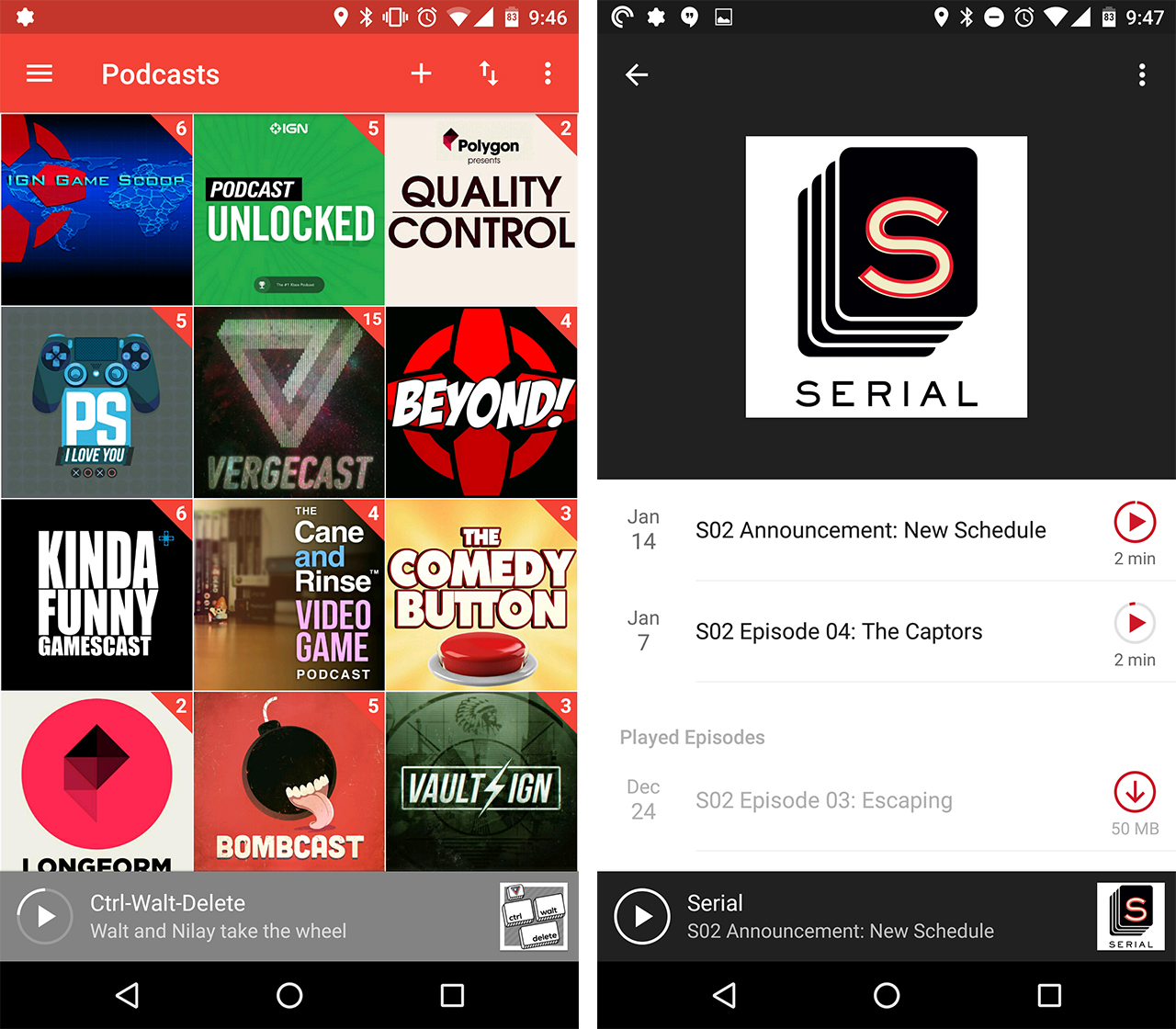 Pocket Casts, one of the best Podcast apps on Android, just got a massive update.

Pocket Casts 5.3 introduces a variety of new features to the already-superb application, including the ability to filter podcasts by date, as well as syncing settings and downloaded podcasts across multiple Android devices (0n Marshmallow-based devices) via a new auto-backup feature. Filtering Podcasts by date is surprisingly useful since it allows users to only download podcasts from a specific period of time.

The update also adds improved voice control, allowing users to use “Okay, Google” to play a specific podcast or playlist. Saying, “play” or “listen to,” followed by the Podcasts name, and then “in Pocket Casts,” will now play the podcast in question, but only for Android 6.0 Marshmallow users.