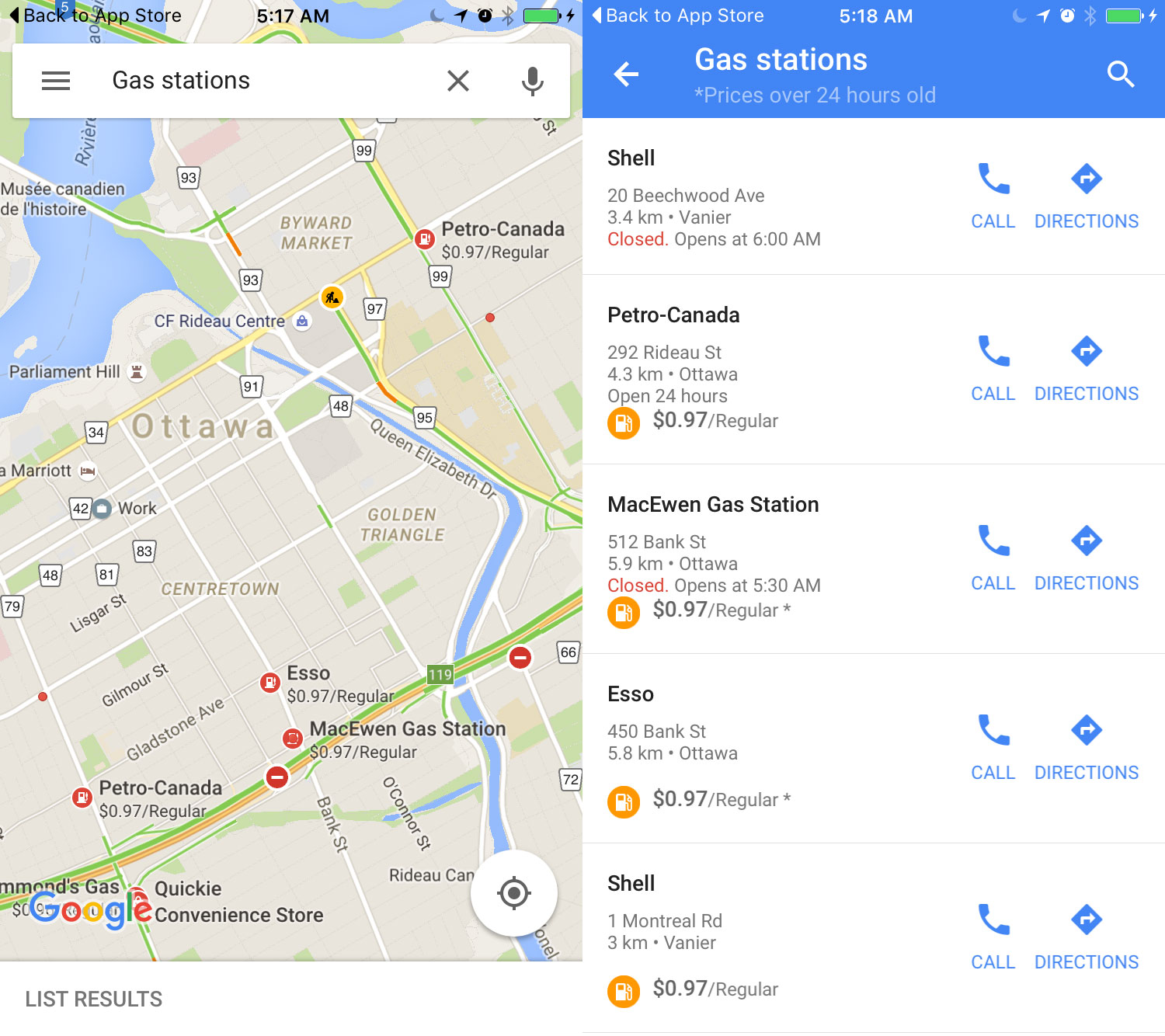 The majority of use cases for Google Maps come up when you’re in your car and attempting to get useful information about a specific location. In recent years, Google has filled its vast Google Maps database with a significant amount of detail, removing the need to rely on any other app for location based information.

At the end of October Google announced ambitions to bring location-based gas prices to its Android app, with plans to launch the feature over the course of the next few weeks. Today, with that rollout ostensibly complete, Google has also updated its iOS Google Maps app with similar functionality. Searching for gas stations now displays regular gas prices directly in Google Maps, and tapping on any station will give more detailed information about the prices at its pumps.

Commuters will surely enjoy this feature, especially in places where gas prices tend to vary wildly. While there are various gas finding apps that already display local gas prices and are capable of navigating you to them, having this functionality built into Google Maps makes this process significantly easier.