Google has announced the first Nexus device to be built by Chinese smartphone manufacturer Huawei, the Nexus 6P.

The 5.7-inch phone is actually smaller than the Nexus 6, and will be available in three different colours — frost white, aluminum and graphite. It will feature a 1440p AMOLED display with an impressive pixel density of 518 pixels per inch.

According to Google vice-president of engineering, Dave Burke, the 6P’s 8-megapixel front-facing camera is capable of taking “the world’s best selfies.”

It will also likely pack one of the best rear-facing cameras ever on a Nexus device with a 12.3-megapixel sensor, laser autofocus module and an impressive f/2.0 aperture. Burke also praised the 6P’s low light photo taking capabilities, and said it will ship with a burst mode that will be able to capture 30 frames per second.

Best of all, simply placing one’s finger on the sensor will simultaneously unlock the device. 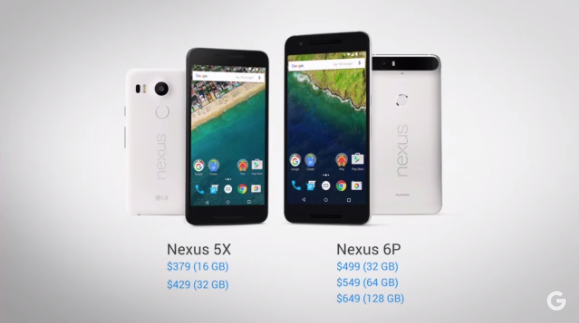 The phone includes a Snapdragon 810 V2.1 processor and 3GB of RAM. It will come with three different storage configurations. The base model comes with 32GB, while a more expensive one has 64GB of internal storage, and, for the first time with a Nexus device, there’s a 128GB model. Rounding out the package is a USB Type-C port that allows for quick charging.

Canadian pricing for the Nexus 6P is as follows — $699 for the 32 GB, $749 for 64GB and $849 128 GB. Google has stated that, unlike in the United States where the phone will only be available through the Google Store, the Nexus 6P will also be available through a variety of carrier partners. We’ll update this post once we’ve learned about Canadian carrier availability.

Related link: Google updates one of its best smartphones with the LG-made Nexus 5X