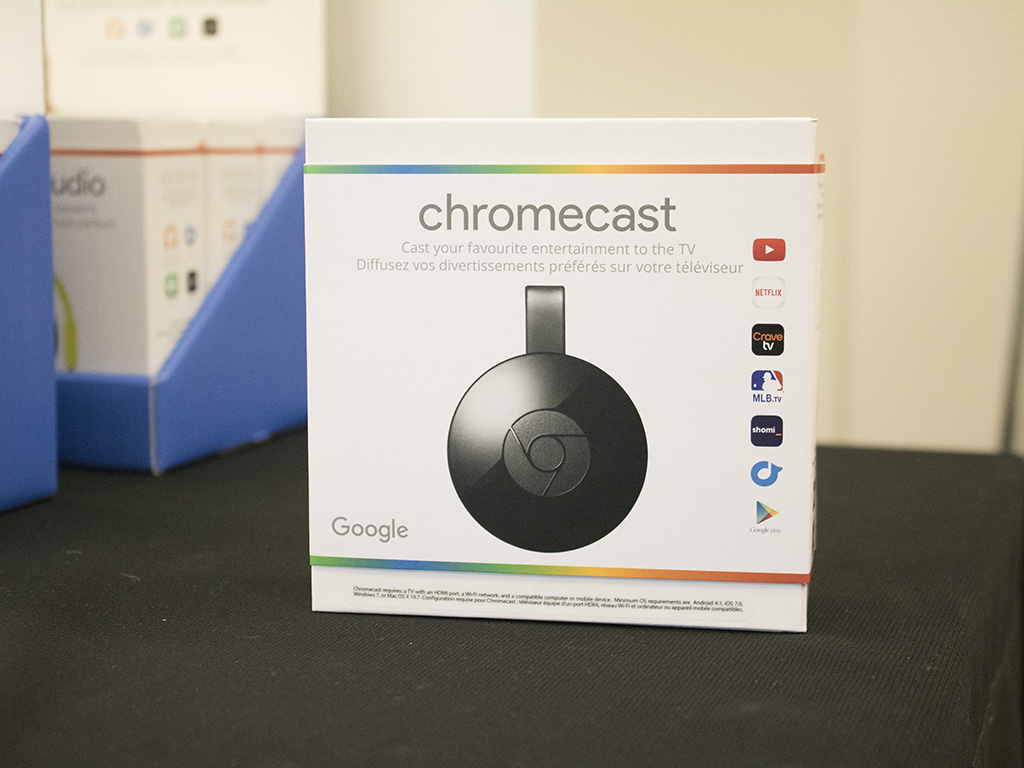 Similar to early speculation, the device adopts a smaller, circular, more colourful form factor. An improved WiFi antenna also allows the Chromecast 2.0 to stream higher-resolution videos, “significantly faster, with less buffering,” which is a good sign considering slow video playback was one of the original device’s most significant issues.

A feature called “Fast Play” also gives the new Chromecast 2.0 the ability to connect to your television more quickly than the original. Fast Play establishes an instant connection with your TV by preloading content – allowing the device to begin downloading a specific television show or movie the moment you launch an app within the Chromecast 2.0’s user interface (UI).

Google has also revealed that it plans to launch a new iOS and Android Chromecast app, featuring a revamped UI and improved casting functionality.

In terms of build, the Chromecast 2.0 seems significantly smaller than its predecessor and features an integrated HDMI cable, which will make it easier to plug into most people’s televisions. Colour variants include lemonade, coral and black.

Chromecast 2.0 and Chromecast Audio, will be available in Canada today on Google’s Store, as well as at select Canadian retailers at a price point of $45.

Update: Both the Chromecast 2.0 and Chromecast Audio are now available through the Google Store and Best Buy Canada for $45. It seems that inventory at Best Buy is low.