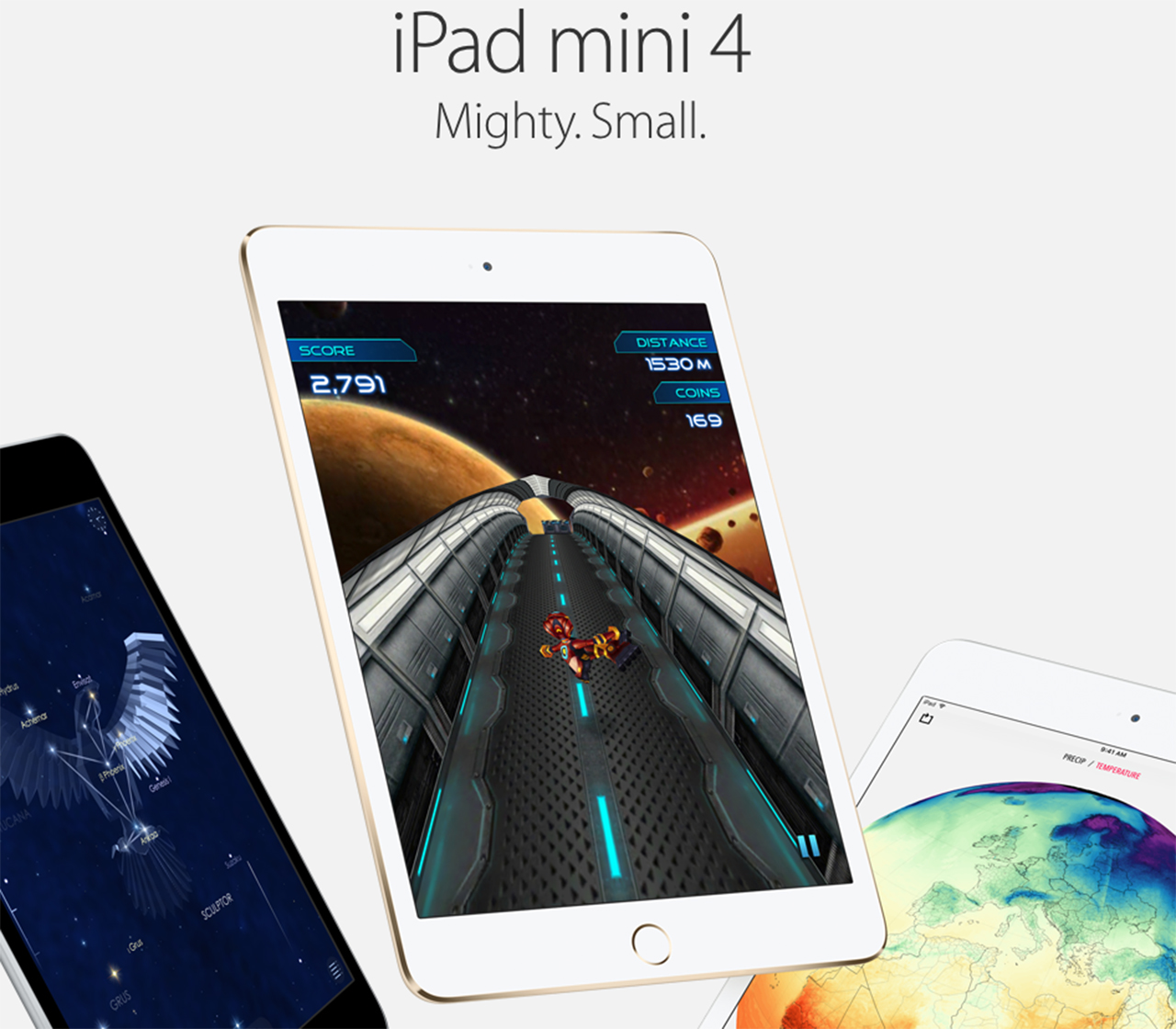 You probably haven’t heard yet, especially since the iPad Pro and iPhone 6s and 6s Plus stole the show at Apple’s keynote, but the company actually revealed the next version of its 7.9-inch tablet, iPad mini 4.

The iPad mini 4 is the first substantial update to Apple’s tablet in nearly two years. In terms of hardware, the device closely resembles last year’s iPad Air 2. This means it comes equipped with an A8 processor, a significant upgrade over over the A7 featured in the iPad Air 3, which will help the iPad mini 4 run iOS 9’s new multitasking features smoothly.

iPad mini 4 is also reportedly 18 percent lighter and thinner when compared to last year’s iPad mini 3, measuring in at 6.1mm and 0.65 pounds. It also features an upgrade 8 megapixel camera, which is likely identical to the camera featured in the iPad Air 2.