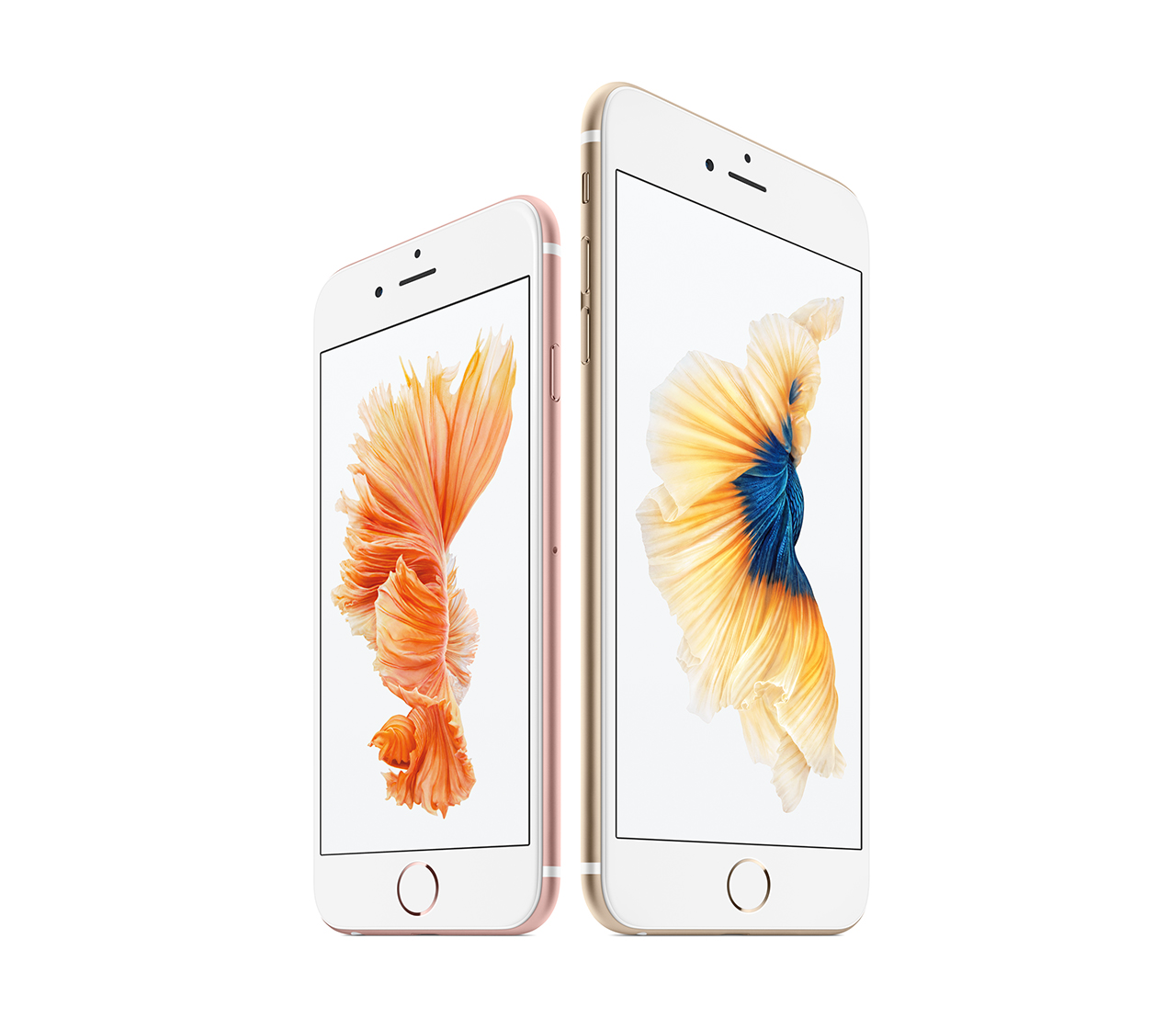 During the company’s press conference today in San Francisco, Apple unveiled the next iteration of the iPhone, iPhone 6s and iPhone 6s Plus, a device that at first glance looks strikingly similar to its predecessor. In reality Apple’s iPhone line has actually received a fairly significant hardware upgrade with the 6s.

To kick things off, Apple showed off a new interface system called 3D Touch, an upgraded, force-sensitive version of its multi-touch implementation featured in past iPhones. 3D touch works on the iPhone’s home screen, allowing users to access content they use most frequently, as well as within supported apps. For example, users can apply additional force within Apple’s Mail app in order open up a selection of menu choices.

3D touch is possible thanks to sensors embedded in the iPhone 6s’ display that are capable of reading how much force the user is outputting on the device’s screen. According to Apple, 3D Touch will also be directly integrated into iOS 9 and other apps in a variety of other ways. 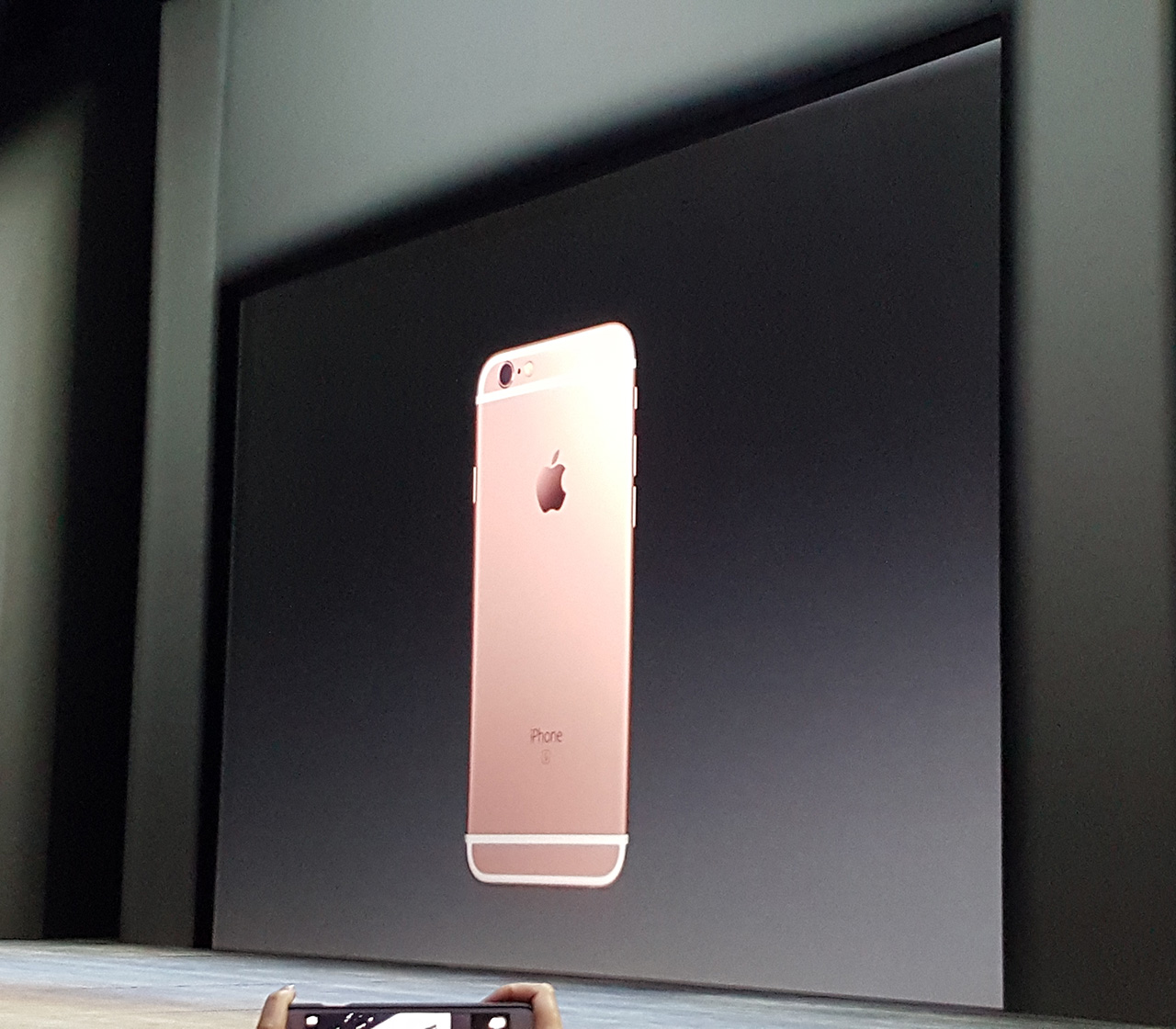 The iPhone 6s and 6s Plus is available in a new “Rose Gold” colour variant.

As expected, along with 3D Touch, the iPhone 6s and 6s Plus will also come equipped with haptic feedback similar to what is featured in the Apple Watch, allowing the device to give users more subtle notification vibrations.

A demonstration during the keynote also showed off the iPhone 6s and 6s Plus’ new force-sensitive “Peek” capability, allowing users to “take action” and preview information related to various apps without actually needing to open them.

When it comes to hardware, the iPhone 6s and 6s Plus will come equipped with an A9 chip that’s reportedly 70% faster than the A8 featured in the iPhone 6 in terms of tasks, and 90 percent faster when it comes to overall performance. To demonstrate the graphics power of the A9 Apple showed off a resource intensive upcoming iOS title called Warhammer Freeblade. The device’s M9 Motion Co-processor is also built directly into the A9’s chip. Additionally, the smartphone’s wireless chip has been upgraded to a new 300MBPS LTE and 866MBPS 802.11 AC WiFi, which makes it twice as fast as the technology featured in the iPhone 6. 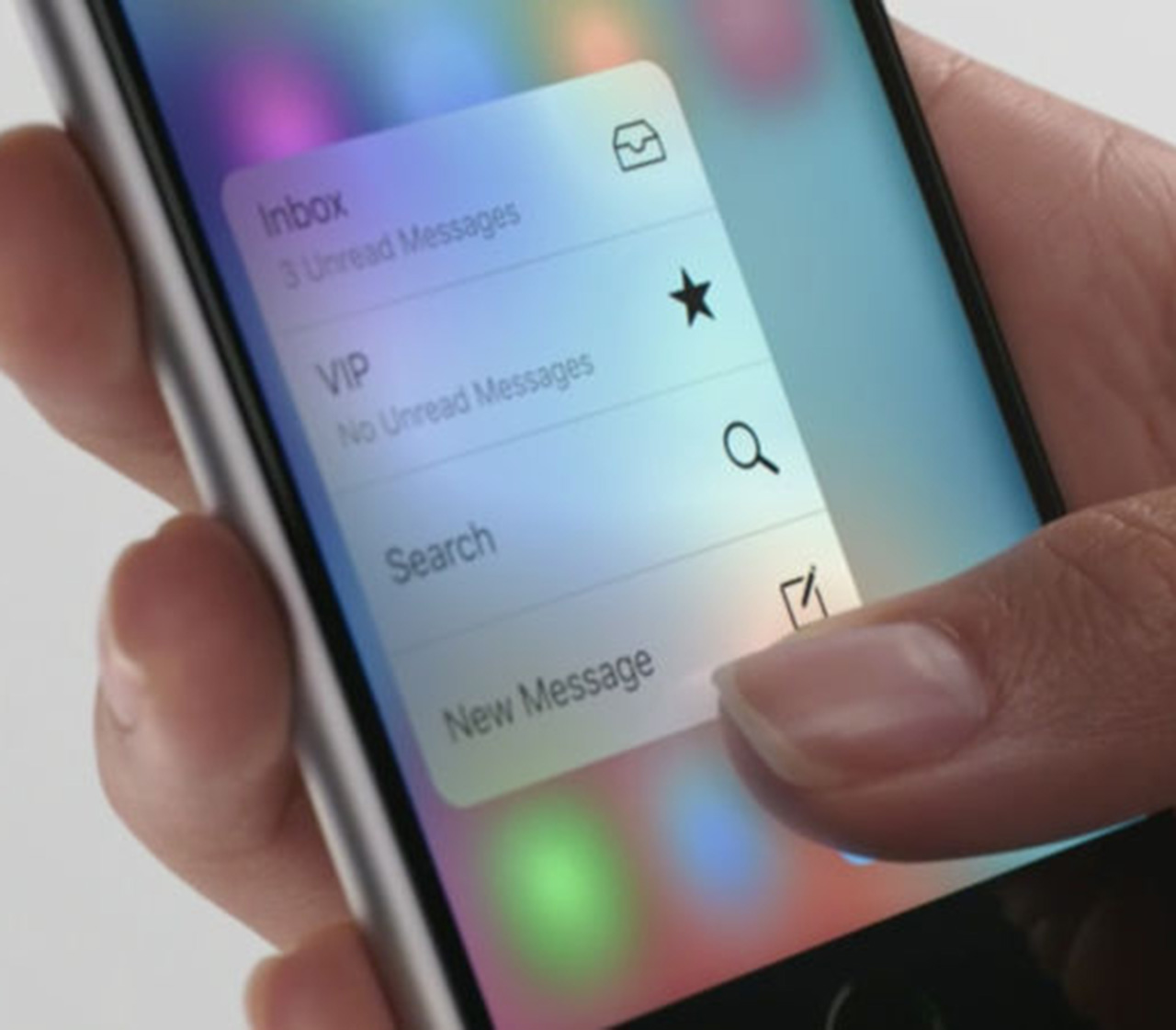 The iPhone 6s also includes a new second-generation fingerprint sensor that’s 2x faster than the technology present in the iPhone 6. In terms of the device’s iSight camera capabilities, the 6s comes equipped with a 12 mega-pixel back camera, 50 percent more pixels than were featured in the iPhone 6, as well as a 5 mega-pixel front-facing camera. The iPhone 6s and iPhone 6s Plus is also capable of shooting 4K video.

The front-facing camera takes advantage of the device’s 1920 x 1080 retina display for flash purposes, which will likely help the camera’s lowlight performance significantly. According to Apple, the autofocus featured in the iPhone 6s and iPhone 6s Plus’ camera has also been improved significantly.

A new system called “Live Photos”, which amusingly resembles the video photographs from the Harry Potter universe, was also strangely given significant emphasis during Apple’s press conference. While the feature is undeniably cool, it’s essentially just a short video clip. However, Apple claims that its new Live Photos aren’t videos, and instead are just multiple photographs stitched together. 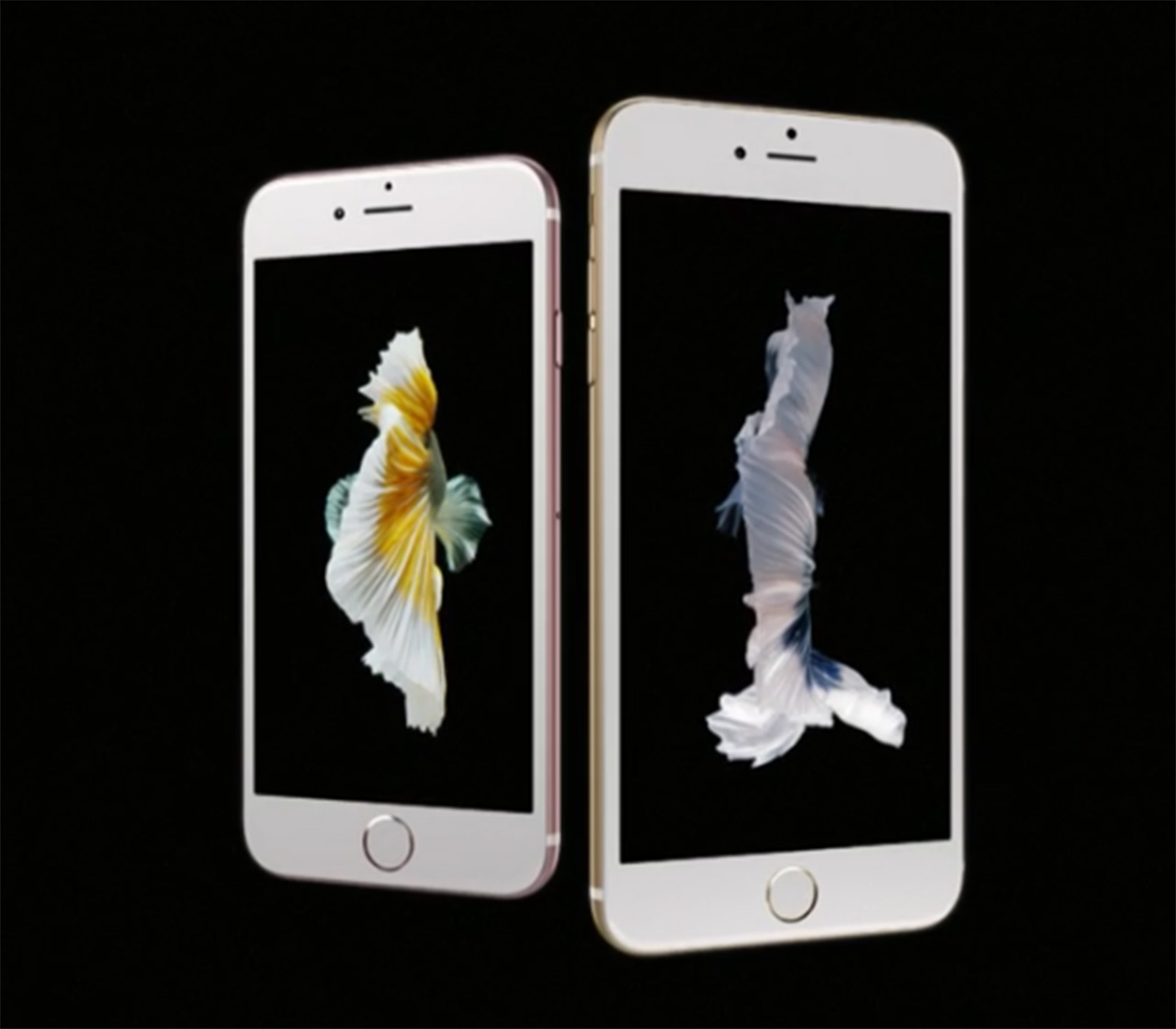 At the outset, Apple’s iPhone 6s and 6s Plus is very similar to the iPhone 6.

Apple also fired shots at Google’s Android operating system by revealing a new feature that allows Android users to easily migrate content to the iPhone 6s and 6s Plus. This migration app lists all apps downloaded on an Android device and then finds its iOS counterpart and downloads the app automatically. Unfortunately Apple didn’t go into specifics in terms of how this process will work.

Then there are the new device’s new colours. Both the iPhone 6s and iPhone 6s will be available in a new “rose gold” aluminum finish, but don’t worry, classic options like silver, gold and space grey are also making a return.