Apple reveals the iPad Pro, a 12.9-inch tablet with optional keyboard and stylus 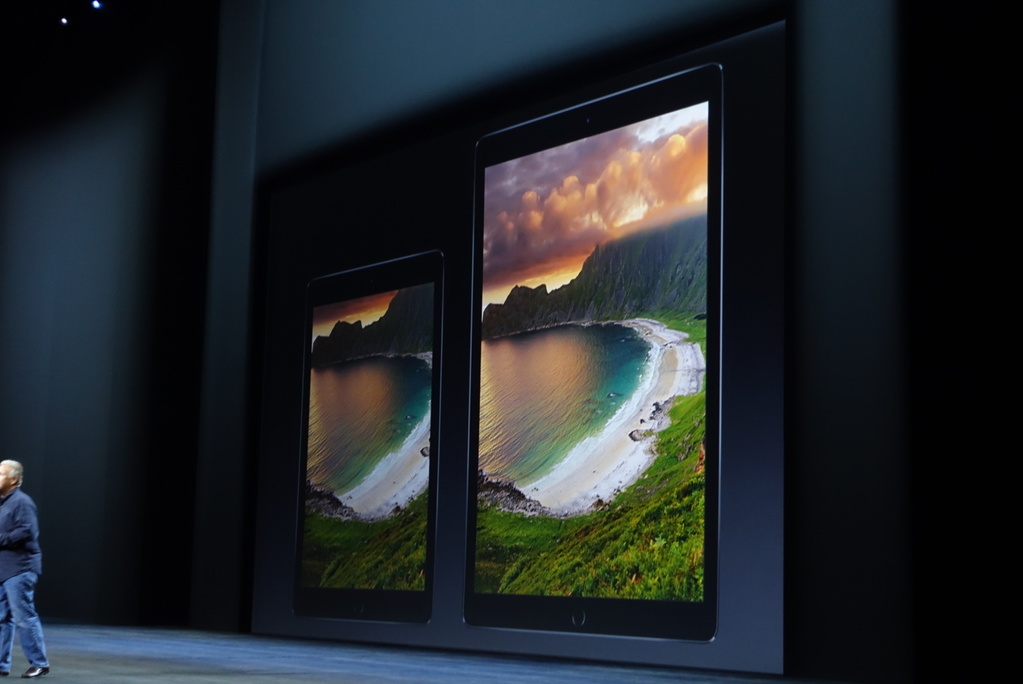 Apple has revealed the iPad Pro, a larger business-focused iPad.

“We have the biggest news in iPad, since the iPad,” said Apple CEO Tim Cook before revealing a new TV spot, showcasing the massive new tablet, and giving the stage to the company senior vice president of worldwide marketing, Phil Schiller.

Schiller first showed off the iPad Pro’s 12.9-inch display. With a resolution of 2732×2048, the iPad Pro has more than 5.6-million pixels. Moreover, for the first time in one of Apple’s tablets, the display is capable of a variable refresh rate. It’s the most advance display the company has built, according to Schiller. Despite the increase in screen real estate, the Pro is only 1.57 lbs, nearly the same weight as the original iPad. Moreover, the company claims that the Pro’s battery is able to last through 10 hours of regular usage. 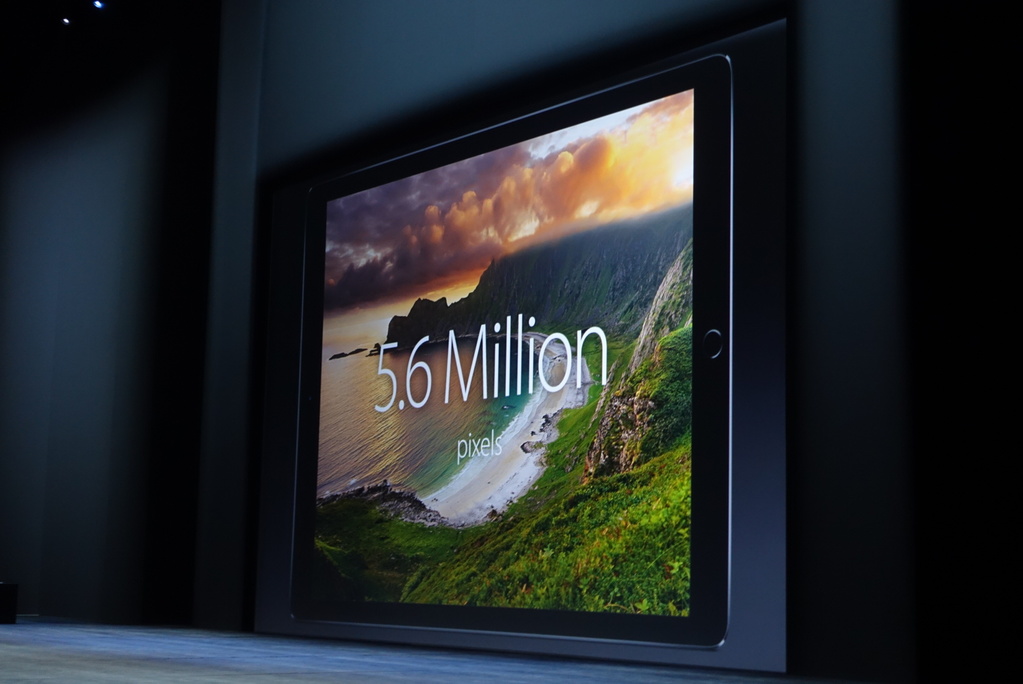 In terms of processor power, the iPad Pro features Apple’s new third-generation 64-bit A9X chip. According to Schiller, it’s 1.8 times faster than the chipset it replaces, and more powerful than the processors found in 80 percent of portable computers shipped this past year.

Additionally, for the first time with one of Apple’s iPads, the iPad Pro features a four speaker audio system. iOS 9 is able to automatically balance the left and right speakers depending on how the user is holding the tablet. All told, the company says the iPad Pro produces three times the audio volume of the iPad Air 2.

Schiller also unveiled two new accessories for the tablet. The first, the Smart Keyboard, will be familiar to anyone that has used one of the Surface tablets from Microsoft. Using the company’s new Smart Connector port, the accessory gives users access to a full chiclet keyboard. Additionally, the company unveiled the Apple Pencil, a stylus that allows users to draw and sketch with their iPad Pro. The stylus is able to measure both pressure and tilt, and can be charged with the Pro’s Smart Connector. 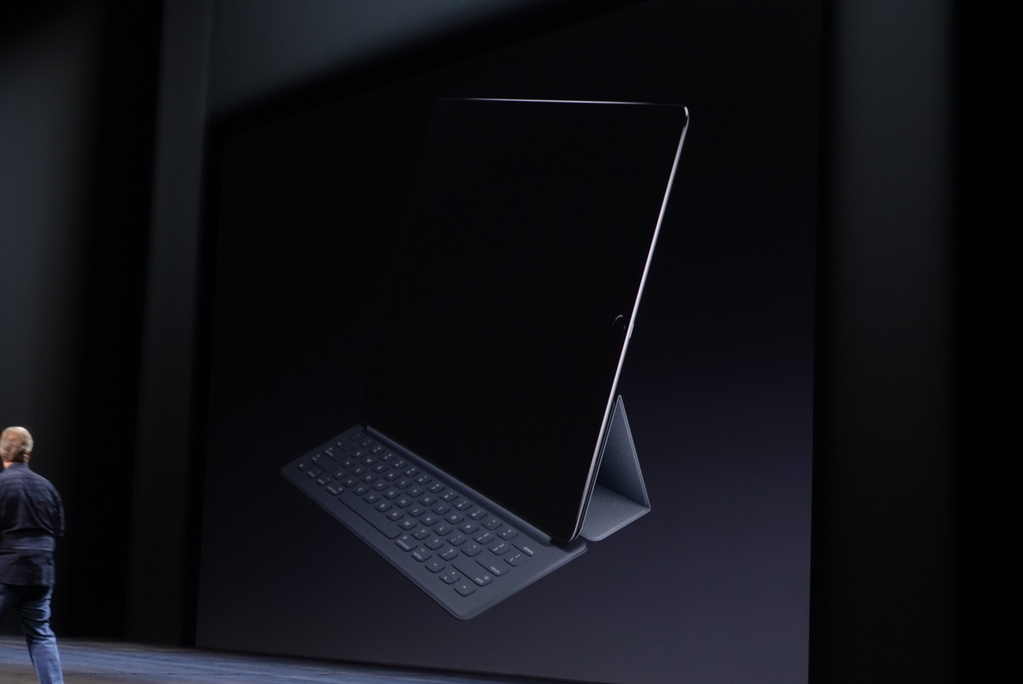 Apple called upon Microsoft to help demo the Apple Pencil. The once bitter rival showed how the stylus could be used to mark up a Microsoft Office document. The app was able to translate hand drawn shapes in to something more professional looking.

The iPad Pro is coming in three colours—silver, gold and space grey. Starting at $799 USD, the tablet is available in 32GB, 64GB and 128 GB variants, the latter two models costing $949 USD and $1079 USD, respectively. All models will be available in November.

The Apple Pencil, which will be sold separately, will be available for $99 USD.