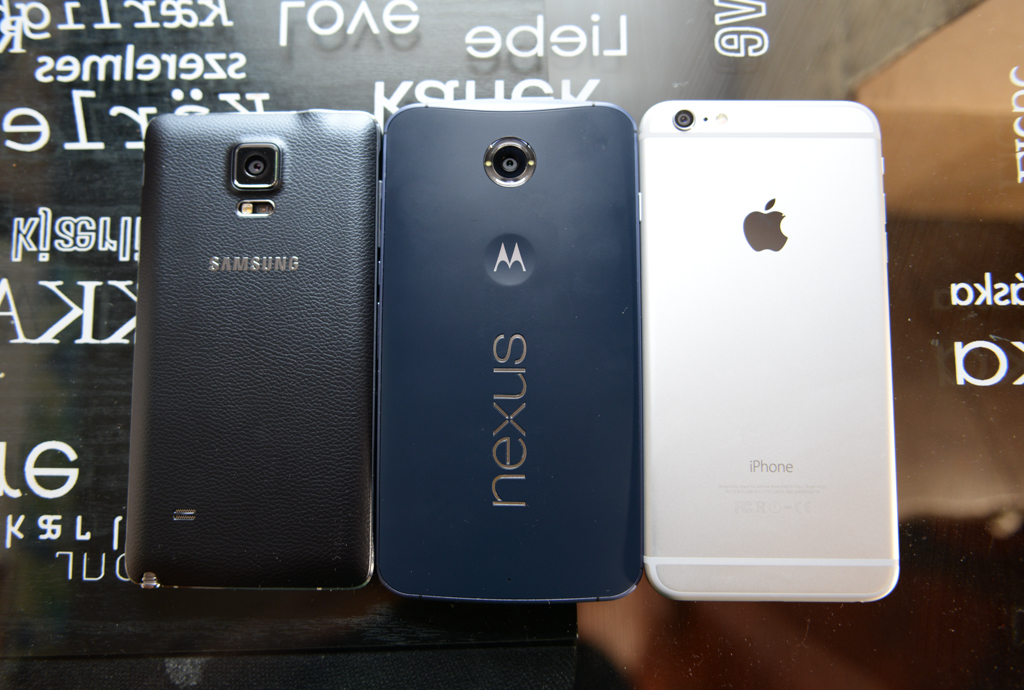 Canadians spend far more time inside apps than accessing content through a browser, according to Yahoo’s Flurry Insights.

The company traced the activity of 92,000 Canadians over the month of March and came up with some pretty startling realizations, including one that shocked this Twitter addict. 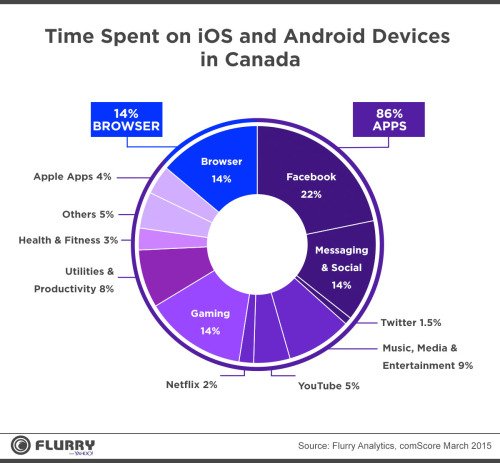 According to Flurry, Canadians spend 86 percent of their mobile time inside apps, compared with 14 percent inside a browser, on iOS or Android. (Windows Phone and BlackBerry users were not included in the research.) Of that app time, 22 percent is spent inside one app, Facebook, which dwarfs all other messaging and social apps combined by 8 percent. Even more impressive is that Twitter makes up just 1.5 percent of Canadians’ app usage, below Netflix and YouTube.

Canadians spend twice as much long as Americans inside so-called “Music, Media and Entertainment” apps like Rdio, Spotify, YouTube and Netflix, according to Flurry. Americans would rather be gaming, the company says, as they outpace Canadians by 32 to 14 percent.

Flurry also notes that Canadians have quickly grown to love sports and health/fitness apps, which have outpaced the rest of the industry in the past year. On the other hands, banking and retail shopping apps are flat, largely because those companies fail to give Canadians compelling reasons to use them on a regular basis. This is changing, as companies like Shoppers Drug Mart and Presidents Choice as adding loyalty incentives to their apps. 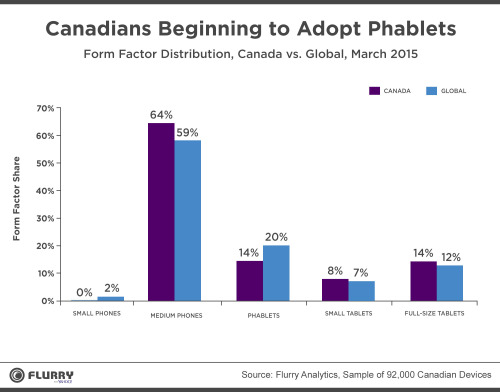