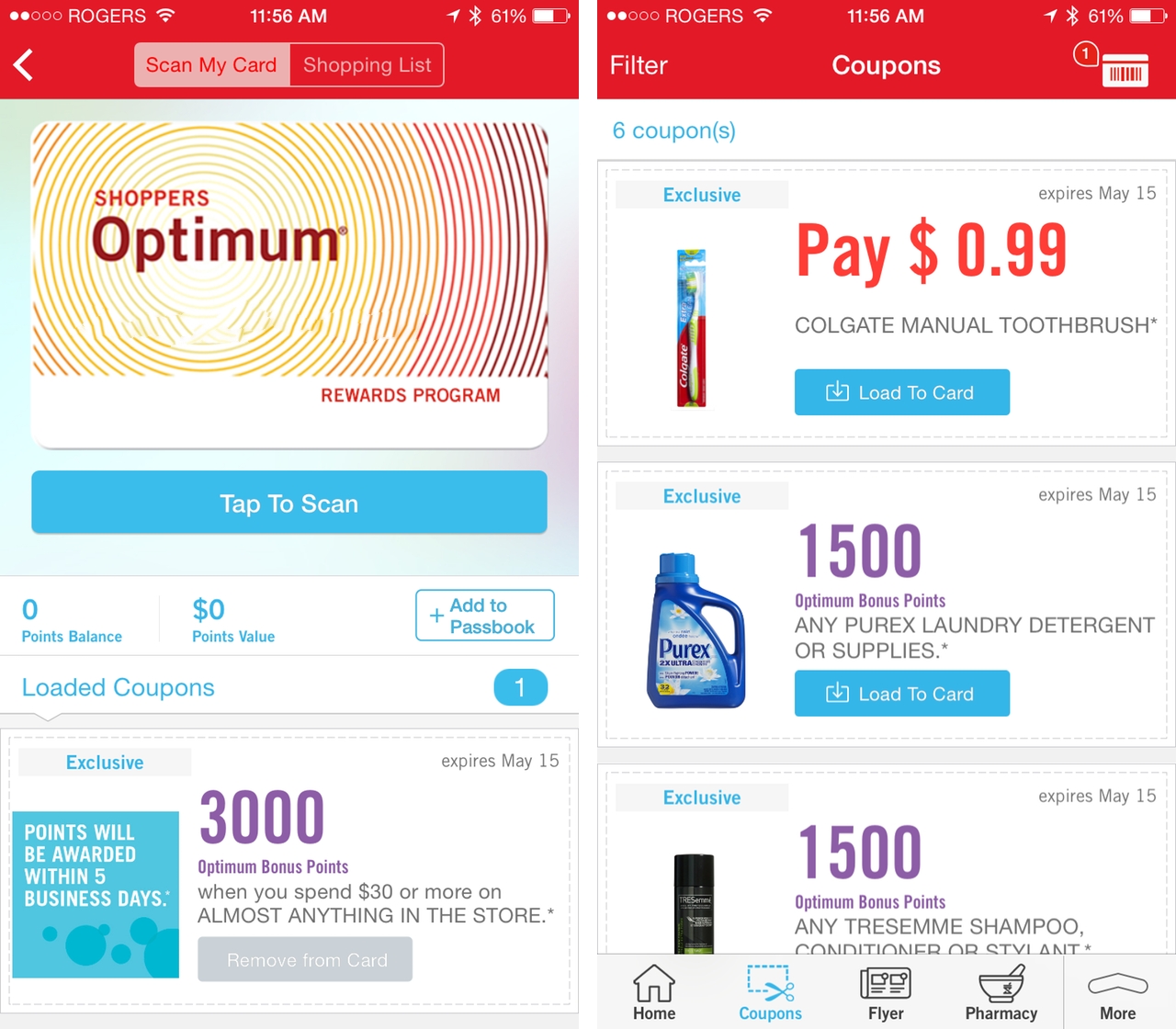 Along with a redesign, which adds the option of pushing coupons and flyers to users as they become available, the app lets them sign in with an Optimum Card and scan or redeem points at the cash register. Apple users can also add the Optimum Card to Passbook.

Like the PC Plus app, which was also recently updated, users must add a coupon within the app to receive those points for specific products. According to the company, explicitly loading coupons makes it easier for Shoppers to target future deals.

Coupons, deals and rewards are also synchronized with the Shoppers website.

Customers can also refill prescriptions from within the app as long as the RX# is in the Shoppers Drug Mart system.

Looks like a pretty great update for regular customers, so let us know what you like and dislike about it!