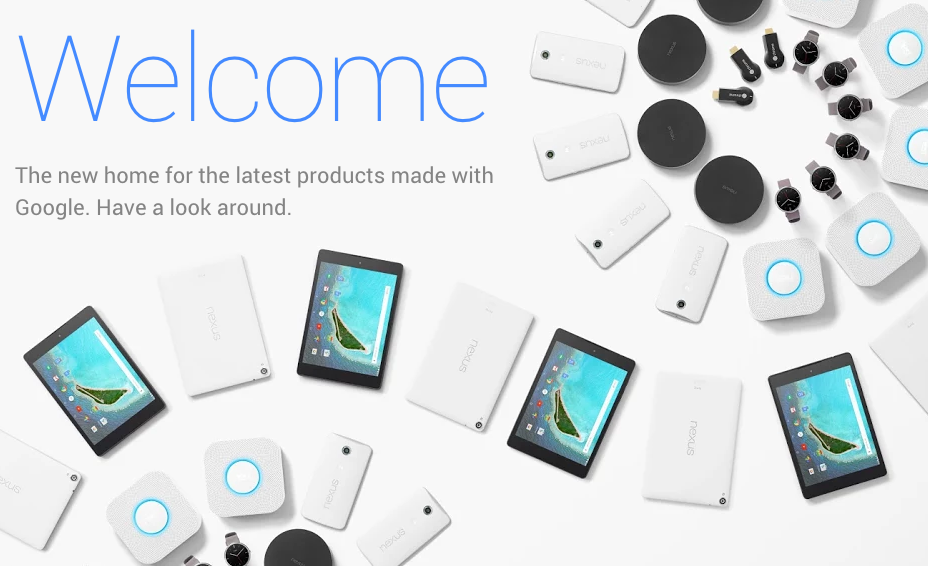 If you’ve ever bought a Chromecast, smartphone, or tablet direct from Google, you know that the company sells all of its devices, hardware, and accessories through a special ‘Devices’ tab on the Play Store. However, that changes today as Google is shifting hardware sales from the Play Store to a new online destination dubbed the Google Store.

Accessible via store.google.com, Google is calling this “the new home for the latest products made with Google.” The site features different sections for phones, tablets, TV and video, Android Wear, Nest and accessories, but the homepage also has an infinite scroll design that takes you on a tour of Google’s products as you scroll further down the page.

Similar to how the Play Store worked, this isn’t for just Google’s own-brand hardware. The Android Wear section, for example, features the Sony Smartwatch 3, the Moto 360, the LG G Watch, the Gear Live and associated accessories.

Google briefly explained the reasoning behind the move on its blog, stating that as it introduces more products, it felt a need to make it easier for users to learn about them. Indeed, the Google Store offers a big, clean interface with large images and easy navigation. There’s more space for Google to really ‘sell’ the hardware with additional information and graphics. The Play Store, by comparison, felt a little more cramped and didn’t offer all that great of a buying experience for hardware.

With the Google Store comes the launch of a brand new Chromebook Pixel, almost two years after the original model debuted. This one uses USB-C for power, data and charging, just like the new MacBook. However, unlike the newest MacBook, the laptop has two USB-C ports, two USB 3.0 ports, and an SD card reader.