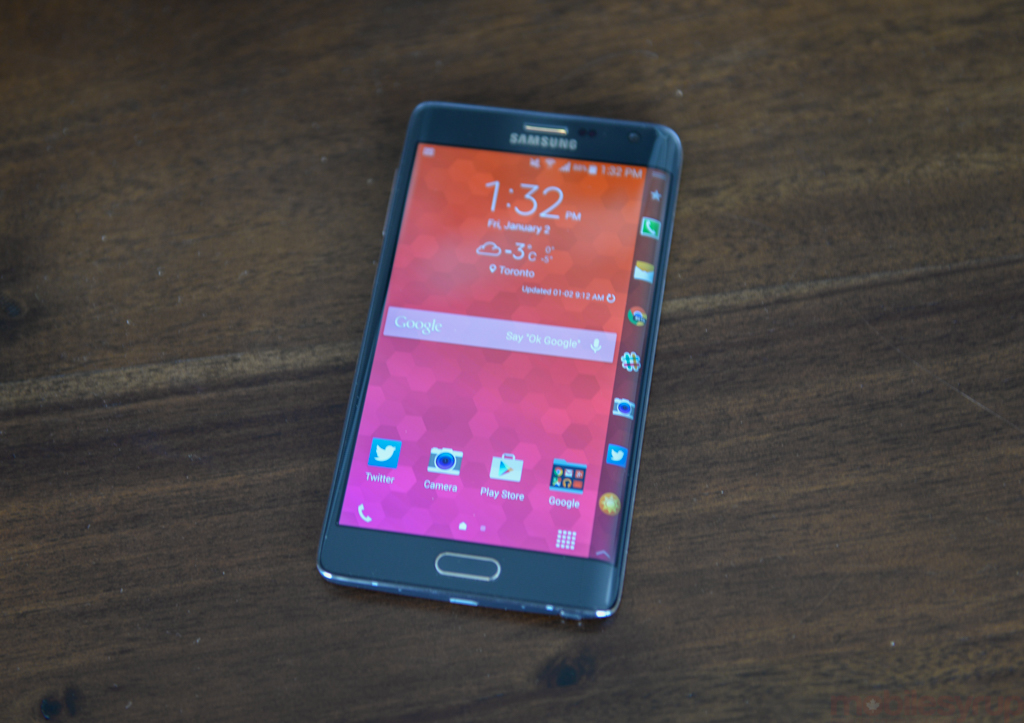 Samsung, along with Bell and Rogers, have announced what appears to be the most expensive Android phone ever released.

The companies said that they will begin offering the Galaxy Note Edge, a tremendous device by anyone’s approximation, for $400 on a 2-year term, beginning February 18th, with pre-orders beginning today through the carriers’ respective reservation systems. The outright price is $900

Announced alongside the Galaxy Note 4 in September, the Note Edge features a single curve on its right side, sloping down towards the base to accommodate extra screen space that doubles as a multi-function tool belt of sorts. From replacing the notification shade to showing stock and news highlights in a ticker, Samsung is putting a lot of eggs into this one basket.

Aside from the edge display itself, the device is every bit a Note, with similar high-end specs to the Note 4. The 5.6-inch QHD display is gorgeous, and the Snapdragon 805 chip pairs with 3GB of RAM and 32GB of internal storage. There’s the same excellent 16MP rear camera with OIS, a wide-angle 3.7MP front-facer, a 3,000mAh removable battery, an S Pen stylus, and support for Cat-6 LTE, which Rogers just announced yesterday. Coincidence?