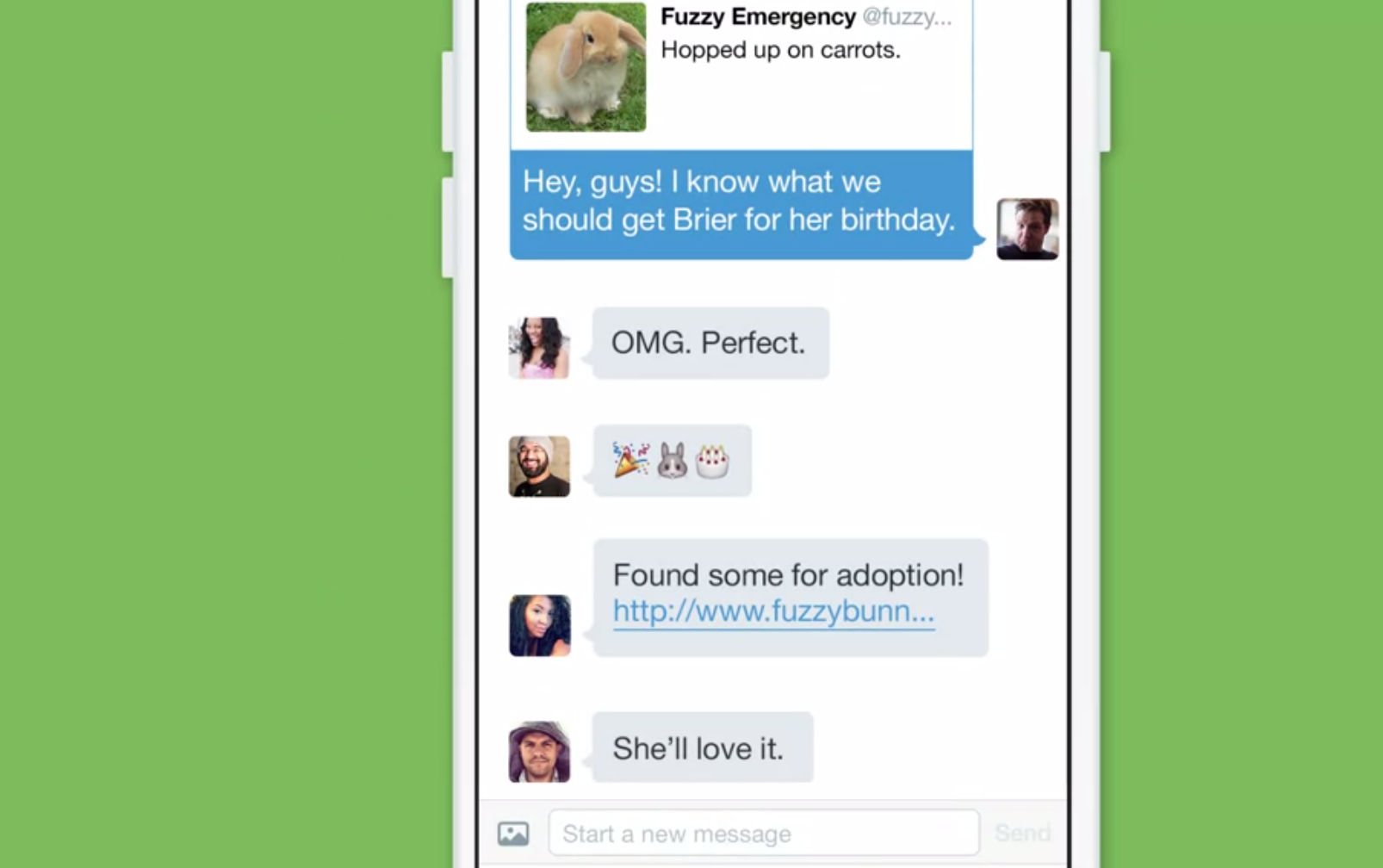 Twitter has added two long-awaited features to its growing-but-not-so-quickly service. The first will likely have huge implications for the way people interact with others privately going forward, while the latter is just another useful tool that most people won’t take advantage of.

The company announced today that it has added Group DMs to most of its clients, including iOS and Android, and will be rolling out the changes beginning today. All users only need to be following the person who originated the group chat, so it’s similar to something like Facebook Messenger in that regard. Of course, the limit to 140 characters per Tweet still applies to DMs, but Twitter users have been able to work within those limits for years.

Opening up direct messages to groups may not seem like a big move forward at first, but if it prevents users from taking their conversations elsewhere, it’s a net win for Twitter.

The other feature launching today is video creation and editing right on a mobile device. Launching for iOS at first, with Android to come, it allows for embedded video of up to 30 seconds right in the Twitter feed. While the company claims it will largely boost users looking to share longer videos than Vine’s 6-second limit, it’s mostly a boon for brands, whose 30-second TV spots can be now be mirrored on a service millions of people use every day. It’s also a shot against the bow of Instagram, though at least from what I’ve seen the demographics and intentions of Instagram videos are very different to those posted on Twitter from external sources.