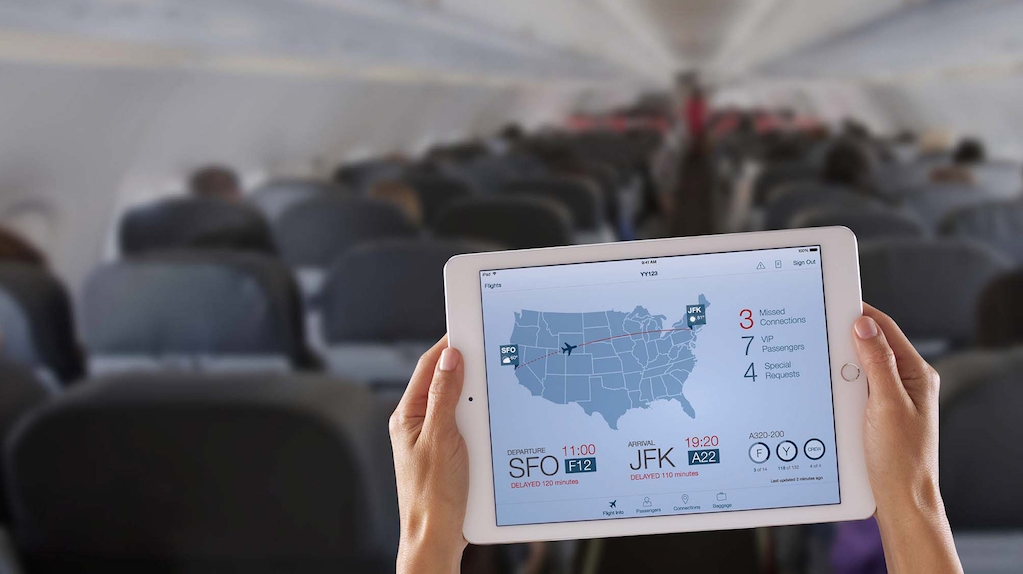 The first fruits of Apple’s and IBM’s enterprise-focused partnership are ready for harvest today. The two companies announced that a number of businesses, including Air Canada, are deploying apps specifically designed to improve daily operations.

Dubbed IBM MobileFirst for iOS, the apps span a wide range of verticals, including travel, banking, retail, telco, government, and insurance. Businesses can use IBM’s back-end infrastructure to deploy these apps outside of the consumer App Store and cater them to their employees’ needs. Many of them are also designed to work with existing (or upcoming) consumer apps. For example, Air Canada flight attendants can use the ‘Passenger+’ app to locate specific passengers on an iPad and make changes to connections or rebook flights if the present one is running late. ‘Pick & Pack’ allows retail stores to monitor inventory in real time from an iPhone, something that has been relegated, for the most part, to traditional POS terminals until now.

“This is a big step for iPhone and iPad in the enterprise, and we can’t wait to see the exciting new ways organizations will put iOS devices to work. The business world has gone mobile, and Apple and IBM are bringing together the world’s best technology with the smartest data and analytics to help businesses redefine how work gets done,” said Phil Schiller, Apple’s head of marketing.

The collaboration between the two companies will extend to a private app catalogue for enterprise customers, and a new AppleCare for the Enterprise service, with 24/7 assistance and on-site support by IBM.

When Apple and IBM jointly announced the collaboration in July, many saw it as a way to build iOS’s small enterprise market share. IBM has been struggling to gain a foothold in the mobile space, and while millions of iOS devices are used for business, until now they’ve been relegated to running consumer apps with limited MDM deployment functionality. The deal is likely the first of many for Apple, which is pushing its iPads as enterprise-ready business machines in light of sales slowdowns over the past year.