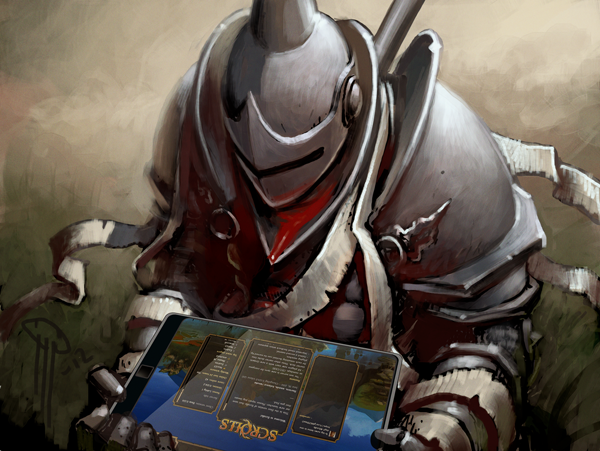 Mojang, the company behind the wildly successful Minecraft, is set to release its newest game, Scrolls, on Android this week. The game is already in beta on PC but mobile gamers were promised a tablet version months ago. In September, the Scrolls blog said a tablet version would arrive “very soon.”

Now, Mojang has confirmed that the Android version will launch on December 11th (the same time the desktop version ditches the beta tag). Eurogamer reports that Scrolls will land on Android tablets this coming Thursday, while the iPad version will take a bit longer — though how long is anyone’s guess. Mojang has yet to confirm when Scrolls for iOS will be available, but the Microsoft-owned studio told Gamezebo that it will be “as soon as possible.”

Scrolls was announced more than three and a half years ago, well before Mojang was acquired by Microsoft (September 2014). It’s something of a board game/collectible card game mash up.

When it does get an official release, it will be priced at $4.99, and Mojang is hoping to keep in-app purchases to a minimum. In a statement made to Eurogamer, the company said that though it may sound “unlikely,” you won’t have to spend more than the cost of the game to really progress. There is the option to pay real money for extra cards or “scrolls,” but these can also be obtained by trading with others or in-game gold.