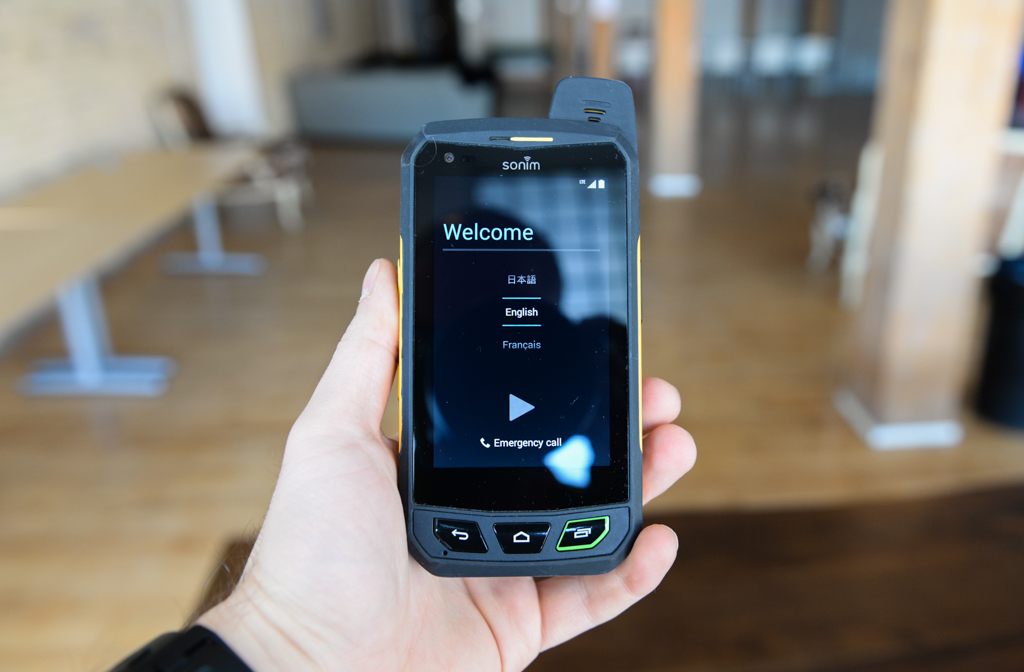 Sonim makes phones that are difficult, if not impossible, to destroy by conventional means. Sure, you can probably crush one under the weight of a tractor, but a puny car tire? Don’t even bother.

The U.S.-based OEM has traditionally built basic handsets for verticals like oil & gas and pulp & paper, and partnered with Bell (and later TELUS) on a push-to-talk network that has proven extremely popular throughout Canada.

Now, the company is attempting to bring its latest device to the masses by raising funds on Indiegogo.

The Sonim XP7 Extreme is the same phone Bell sells for $200/$650 and TELUS for $100/$750, but available unlocked and without carrier branding. Selling at $549 USD, the all-black edition comes with a number of preinstalled apps aimed at ‘active sports consumers.’

The 20mm-thick chassis holds a 4,800mAh battery (!!) and a 103dB speaker with dual noise-cancelling microphones. It’s fully waterproof, up to 2m for 30 minutes, and is drop-resistant from 2m and “completely sealed against the intrusion of micro particles.” It’s heat resistant up to 55-degrees C and cold resistant to -20-degrees. It’s also resistant to oil and chemicals, and can be easily cleaned with soap and water. And, if you do manage to damage the device, there’s a 3-year accidental damage warranty, no questions asked. 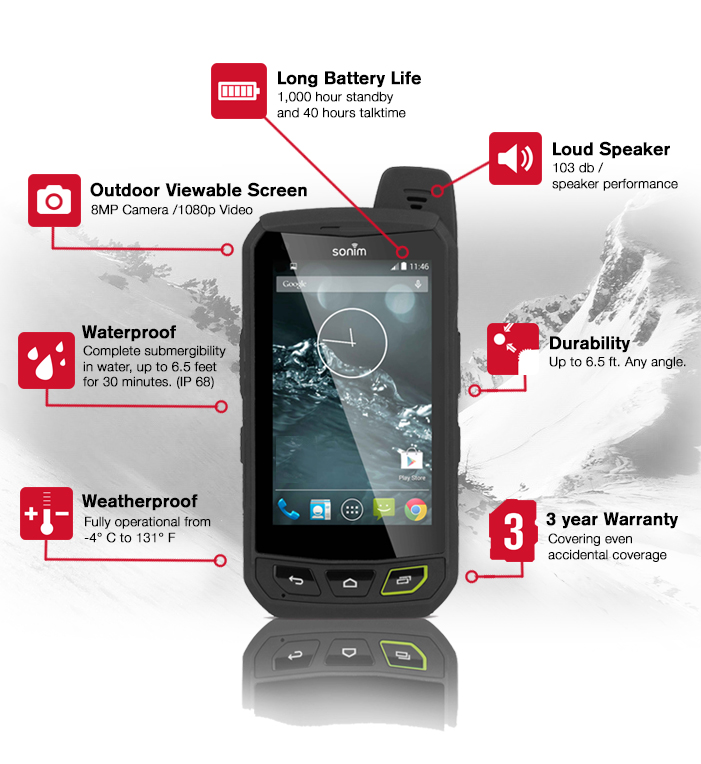 While the Indiegogo campaign is aimed at U.S. citizens with no carrier access to the device, the XP7 Extreme sports an attractive (well, less ugly) all-black design, and it comes unlocked out of the box, compatible with Rogers, Bell and TELUS LTE. Buying from Indiegogo also comes with $200 trade-in credits for a 2016 Sonim phone, and a $150-off coupon for Oru Kayak.

Shipping and duty to Canada, according to company representatives, should be around $40-$50 depending on the province.

The company understands that the XP7 is not an average smartphone, and is marketing it as a durable second device for travellers/explorers. It more resembles a satellite phone than any smartphone currently on the market.

Sonim has raised nearly $75,000 of its $150,000 goal, and there are nearly two months left in the campaign. Shipping begins next March.