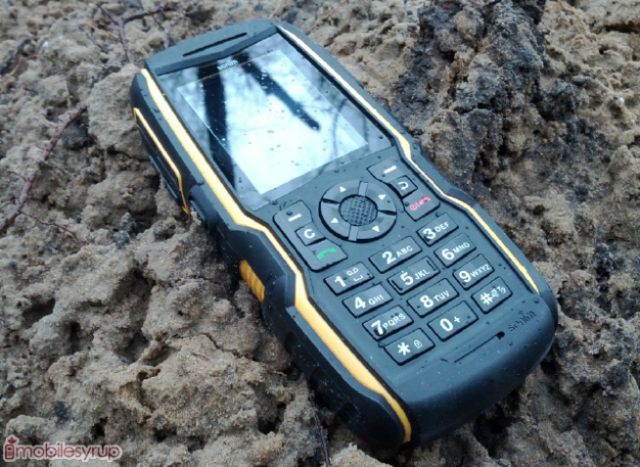 Bell’s has flipped the switch on their “Next generation” Push-to-talk (PTT) network. We first let you know about this a couple weeks back. People who work “in the field” or are lone workers will love this as the major difference over TELUS’ Mike Network – the other PTT network in Canada – is that Bell’s operates on their HSPA+ network so you’ll get faster download speeds (up to 21 Mbps) and calls to your PTT contacts under 1 second.

At launch there’s only one device available, the Sonim XP5520 BOLT, and it’s priced between $99.95 on a 3-year to $399.95 outright. Our hands-on of the BOLT will be coming up shortly. In addition, Bell has also created a BlackBerry and Android app, currently available for the Curve 9360 and the Samsung Galaxy S II and both apps give you the ability to use the device as a PTT device. To use the GS II you’ll have to touch the display, for the Curve there’s a dedicated button that acts as the PTT features. Images of the apps are below.

As for PTT monthly rate plans, there are 4 that range in price from $15/month to $60/month. The plans vary in offerings from an add-on with “Unlimited Canada-Wide PTT” to including airtime/long distance and 300 local sharable minutes. 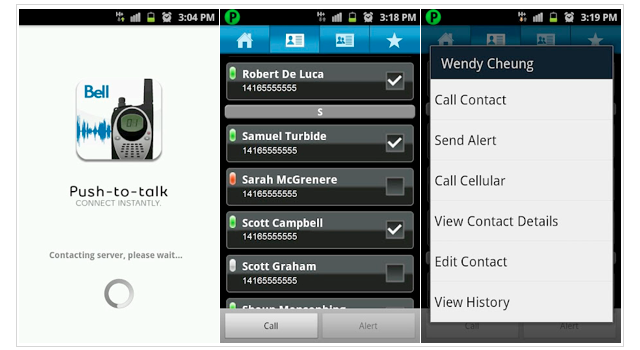