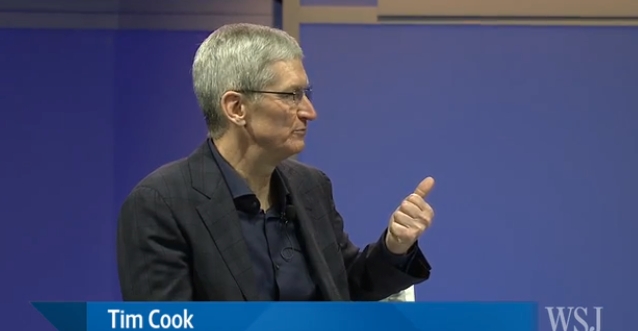 The Wall Street Journal has posted the full interview with Apple CEO Tim Cook from its WSJDLive event last month. Pieces of the interview had already found their way online, notably Cook’s confirmation that the Apple Watch will require daily charging.

In the full interview, Cook broaches a broad swath of topics, including iPad sales, health and fashion as new verticals, and the company’s expansion plans for Apple Pay. Cook also gets pulled into another conversation about Apple TV, and after reiterating his stance that TV is stuck in the 70s, he goes on to state that he thinks what HBO is doing is “very smart.”

You can watch the full interview below.