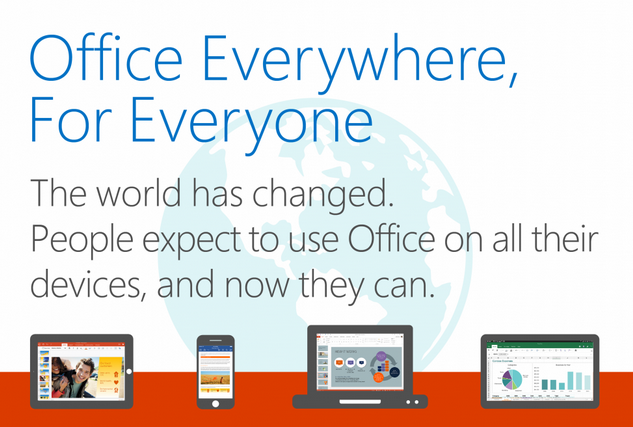 Earlier this week, Microsoft announced a partnership with Dropbox that would allow Office users to save to and retrieve files from the cloud storage company. Now, the Redmond-based giant has announced plans to roll out a test version of Office for Android tablets. In addition, users can now create and edit Office documents for free, without signing up for Office 365, no matter what device they’re using.

The move is part of Microsoft’s intention to offer consistency across all platforms. Previously, users of the iPad app could view documents but only make changes if they subscribed to Office 365, while Android smartphone and iPhone users could do basic editing. Now, all users will be offered document creation and basic editing without Office 365, with advanced editing and collaboration tools still requiring a subscription.

If you do decide to make the jump to Office 365, you’ll get the full Office experience across your devices as well as the recently-announced unlimited OneDrive storage, and Dropbox integration.

Microsoft also announced Word, Excel, and PowerPoint apps that are optimized for the iPhone as well as updated Office for iPad apps. Android users with a 7- to 10.1-inch tablet running KitKat (and only KitKat — no Nexus 9 users allowed) can register their interest for the Office for Android tablet preview.