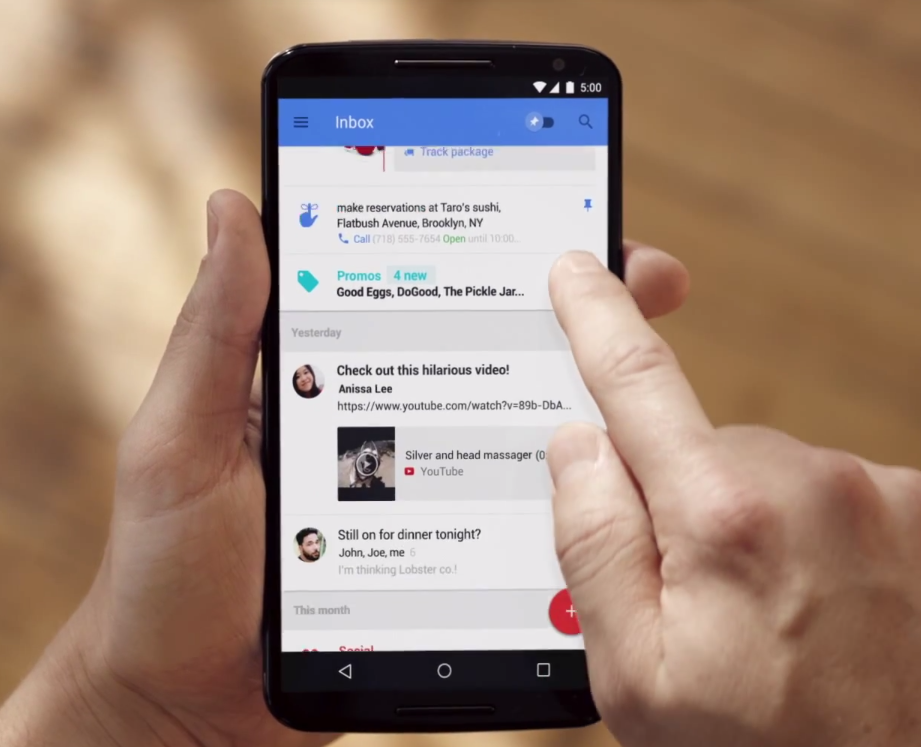 With roughly half a billion Gmail users, Google knows a thing or two about email, and how best to serve it to its users. Today, the company announced a new app that it hopes will bring the email that matters most to the forefront, cutting down on noise in the process.

Called Inbox and available for iOS and Android, the idea is to make email less overwhelming by adding certain organizational features. Promotions, social communications, and purchases are all bundled together. You can also move individual emails around, just in case Gmail categorizes an email incorrectly. There are readymade labels to start with but you can easily create your own that are more relevant to the types of mail you receive on a regular basis. 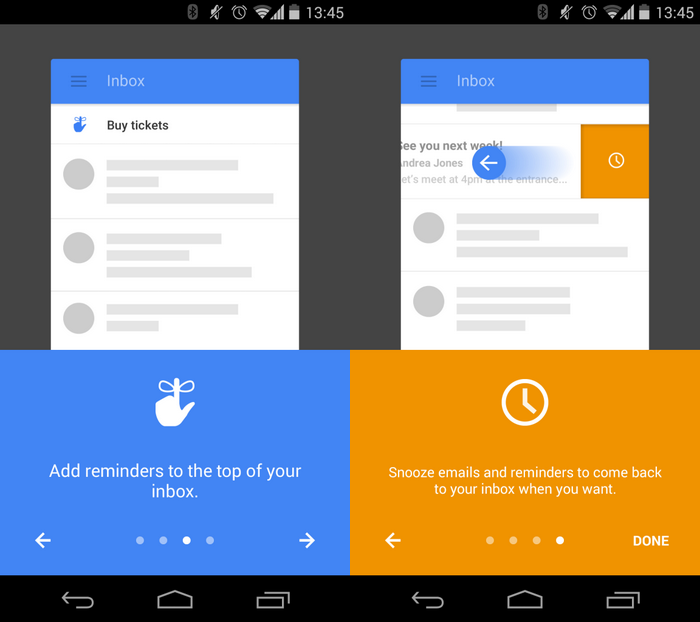 Emails that you want to get back to can be pinned and emails swiped to the right are marked as ‘done’ and cleared from your main feed.

Flick to the done section of your inbox to find them (and all the other messages you’ve archived). Tap the pin icon in the top right to see pinned messages. You can also set reminders for later, and snooze messages or reminders, postponing the need for any action until later. 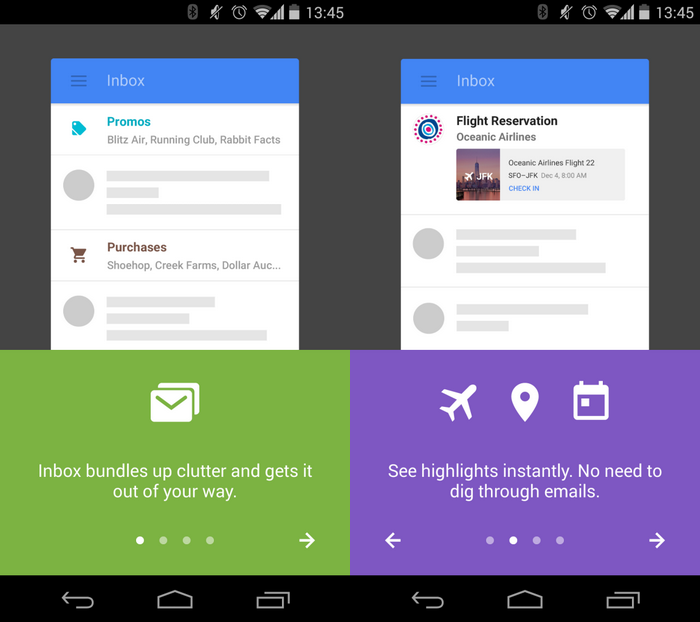 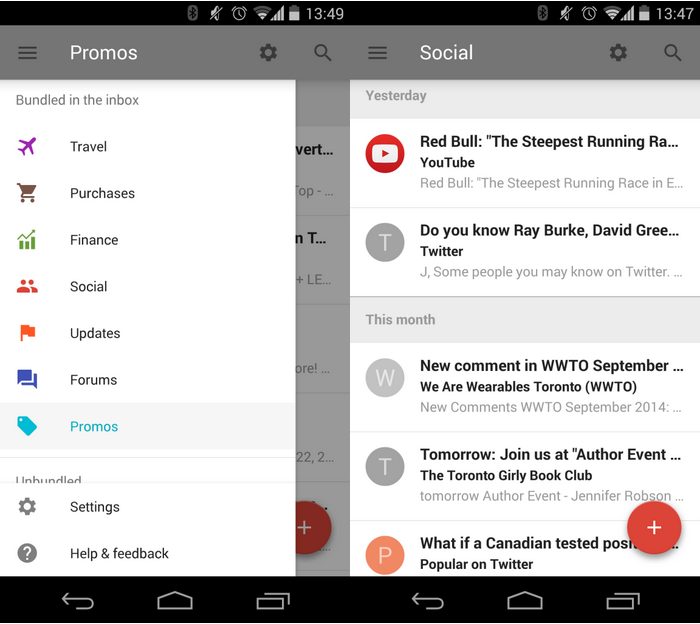 Inbox is available for iOS and Android right now, but is currently in closed beta. Invites are required and it doesn’t look like users with access are being issued any invites for friends (unlike Google+, Wave, or Gmail when they launched in beta). Those who do have invites will also be able to access inbox.google.com on Chrome, which will bring the same Inbox aesthetic you see on your phone to your webmail experience. 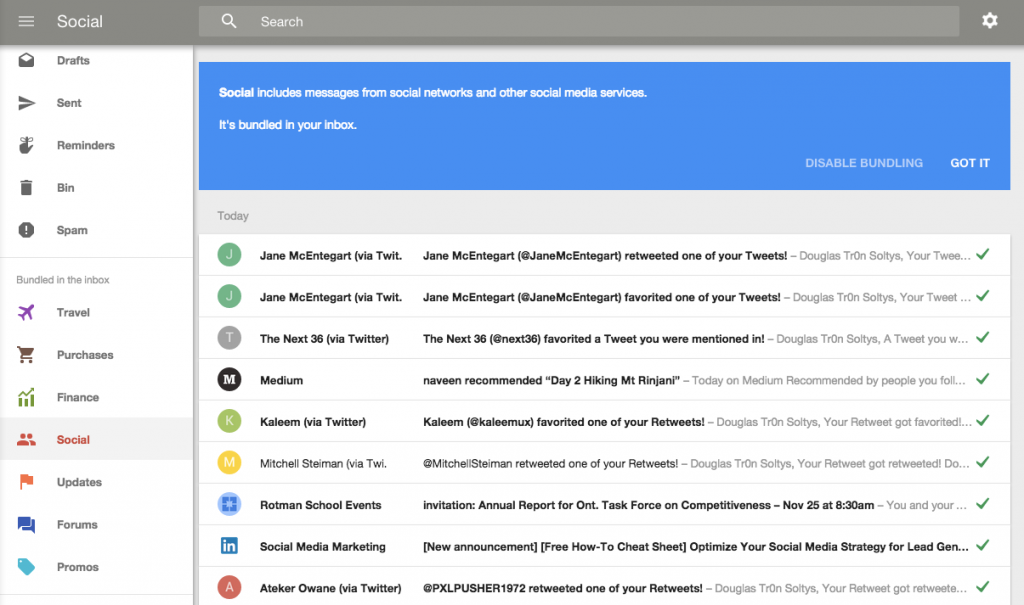 Check the video below while you wait for Google to open up access:

A spokesperson for Google told us that the iOS app was built entirely by people at its Kitchener Waterloo development office and a few members of that group were on the initial team that came up with the whole Inbox idea.

Though Google doesn’t mention anything about it in its official Inbox blog post, the Inbox app is reminiscent of Sparrow, an app that offered a streamlined view of your inbox and the ability to quickly ‘act’ on mail with easy access to sorting, replying, and archiving. The company was acquired by Google in 2012. Its employees joined the Gmail team and the Sparrow apps were eventually discontinued.