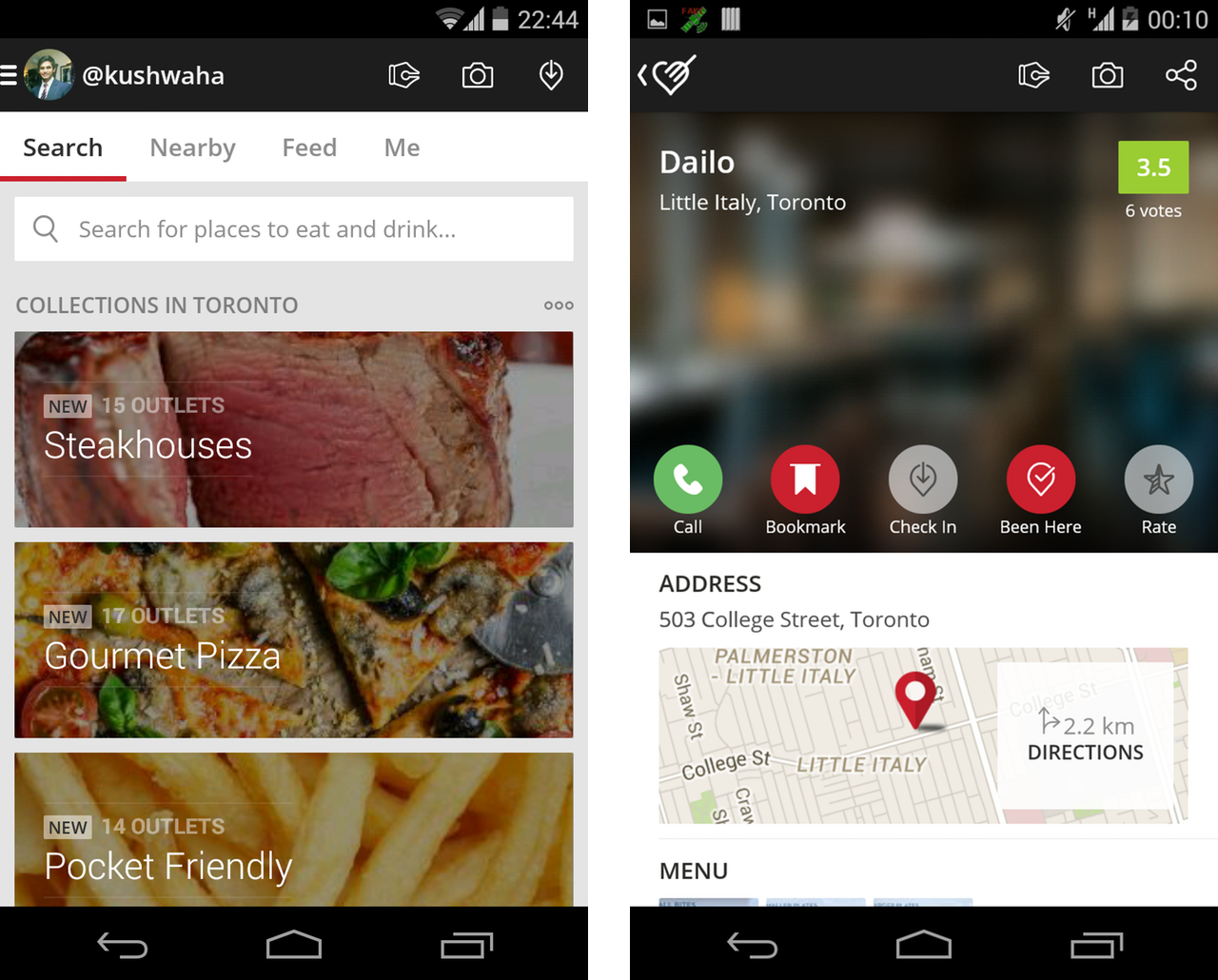 Launched in 2011 and available in over 100 cities, Zomato has expanded to its first North American city, Toronto.

The company, which launched as a way for customers to source digital versions of menus across Indian cities, has since expanded to be a comprehensive restaurant discovery guide for cities in the UK, Brazil, Turkey, South Africa and many others.

Zomato stakes its claim on having the most comprehensive data sets in its respective cities, sending its teams to glean restaurant information in person.

Jeremy Potvin, Zomato’s country manager, said, “We already have a sizeable local team and are in the process of growing it further. We aim to have a 50-member team within the next twelve months. Over the next few months, we plan to expand to other cities across Canada, including Vancouver, Montreal, Ottawa, and Calgary.”

The startup has raised nearly $54 million since its inception, culminating a $37 million Series D last November. It paints itself as a community-focused company, engaging its most loyal restaurant reviewers with expert ‘Foodie’ badges that afford them special privileges and influence. Potvin promises regular Zomato meetups, similar to Yelp’s Elite member get-togethers.

In addition to writing reviews, community members can check in to locations as well as upload photos detailing their experiences at the restaurants they visit. While Zomato avoids the game-ification elements of Foursquare, its core elements — restaurant discovery and check-ins — are things that Foursquare recently split into two in an attempt to separate its core data business from the consumer side.

And while Zomato has a lot of experience in Asia-Pacific and parts of Europe, it may struggle in a new environment like North America, where Yelp, Foursquare and Google have been spent years building up loyal followings.

Still, Potvin believes that none of those services does everything right, and there is plenty of room for Zomato to expand. With 11,000 restaurants and counting in Toronto, they likely picked the right market for it.

Zomato is available for iPhone, Windows Phone and Android.