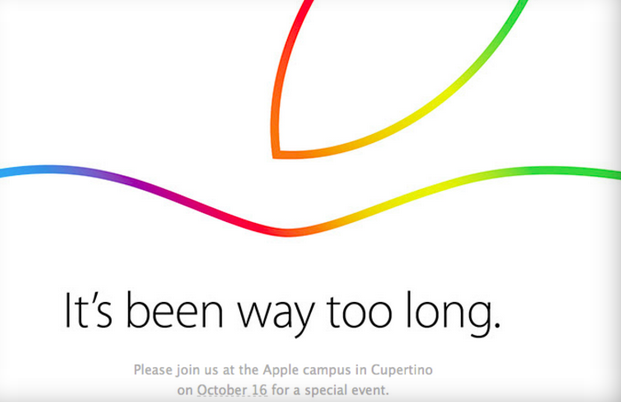 As rumours indicated last week, Apple has an event planned for October 16th. Invitations for the event went out at about noon, and carry the tagline, “It’s been way too long.”

The event is set to take place at Apple’s Town Hall auditorium, which is located at the company’s head offices in Cupertino, and the company is rumoured to be announcing new iPads as well as updates to its iMac line.

Rumours for the new iPads include a new gold option to match the gold iPhone 6 and iPhone 6 Plus. There’s also the possibility of Touch ID in preparation for Apple Pay, as well as a full release of OS X Yosemite.

The big show kicks off October 16th, which is next Thursday, at 10a.m. PT. Stay tuned!