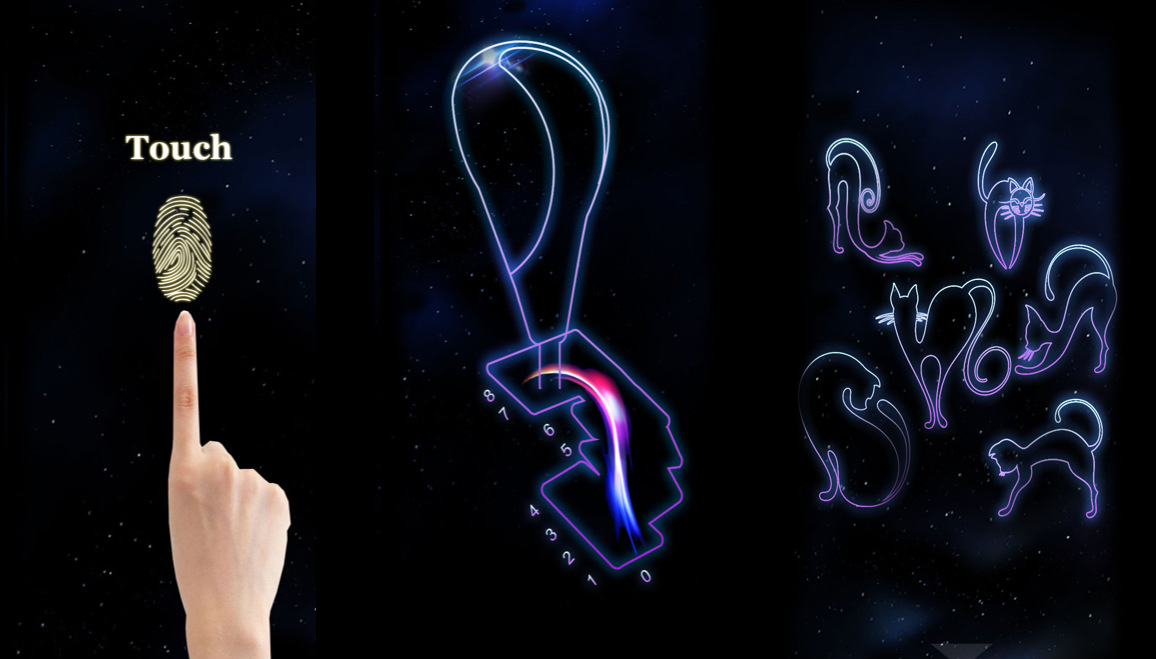 As IFA 2014 draws closer, the event invites are starting to pile up. Today, Huawei joined the party with a cryptic set of images for its own event in Berlin.

SlashGear has the full set of images, which includes illustrations of cats, an eight-speed transmission, a finger print, a safe, and a calculator. There’s also what looks like a phone or tablet in the shadows with just enough light to sketch out the number seven around the device.

Huawei isn’t giving anything away but we’re thinking it might be an octa-core Ascend Mate 7 with finger print authentication and unlock. Huawei’s recently announced Kirin 920 features a 4+4 core design with a integrated multi-mode LTE Cat 6 radio. That takes care of the six cats, the safe and finger prints, and the eight speed transmission, but we can’t quite figure out what the calculator means.

It’s also possible that the Ascend Mate 7 will be announced at IFA but the other images in the deck relate to a completely separate device. Guess we’ll find out September 4. Stay tuned!