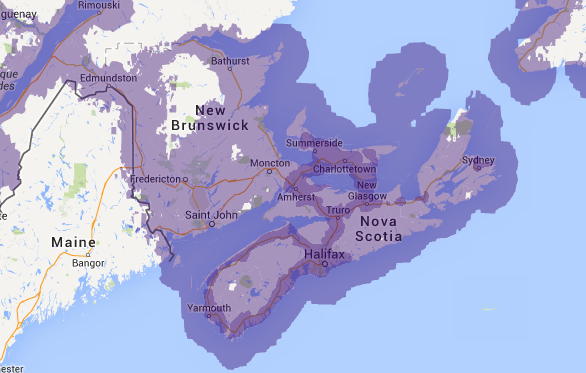 Easlink launched its wireless service in early 2013, and the carrier has slowly been building out its Maritime LTE network. Now, thanks to a “unique network partner approach to supplement its own network coverage,” Eastlink customers will now be able to use their mobile devices without worry throughout the entire East coast.

Eastlink and Rogers formed a roaming agreement when its services officially launched, but this “unique network partner” looks to be more representative of Bell or TELUS’ coverage in the area. Matthew MacLellan, President of Eastlink Wireless, said, “We continue to work to bring our customers the best possible overall wireless experience, including easy-to-understand and flexible plans, great value for money, and excellent customer service – all from the local provider you know and trust.”

There are no details as to how many customers have signed up to Eastlink Wireless, as the Halifax-based company is privately owned by the Bragg family. Upon its first birthday, Eastlink noted that one of its objectives would be to expand its business presence in the area. Perhaps now that the coverage has expanded this will happen.

The announcement comes on the same day that the CRTC handed down a ban on exclusivity agreements for domestic roaming; Eastlink and Bell appear to be the first beneficiaries of such a change.