Nokia Canada confirms availability of Cyan update for Lumia 1020 users (Update: Not quite) 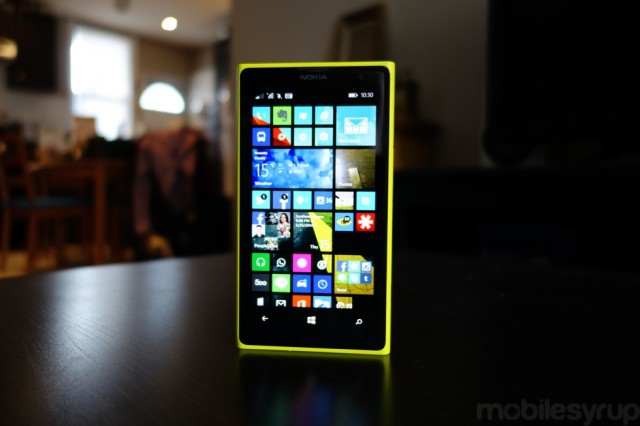 A little less than two weeks ago, Nokia revealed that the Windows Phone 8.1 Cyan update had started rolling out to Lumia devices. Unfortunately, there was nothing about a Canada-specific roll-out. Just that it would be available for all Windows Phone 8 Lumia devices “in the coming weeks.”

The official roll-out schedule still has ‘under testing’ for every Lumia device on all Canadian carriers, but Nokia Canada revealed via Twitter that the update is now available to all Lumia 1020 users.

If you’re not the kind of person to wait patiently for a software update, you can manually check for an update via Settings -> Phone Update. The update is in two parts and it will automatically check for part two once part one is finished installing. Nokia warns that the entire process could take one to two hours. Just something to be mindful of in case you planned to update on a whim.

Cyan is part of Mirosoft’s Windows Phone 8.1 update but is designed for Lumia devices and offers improvements to Lumia-specific apps like Nokia Camera, Creative Studio, and Device Hub.

Update: Well, that’s unfortunate. Nokia has removed mention of the update from its social feeds, and apologized for giving bad information. Hopefully it won’t take much longer. -Daniel