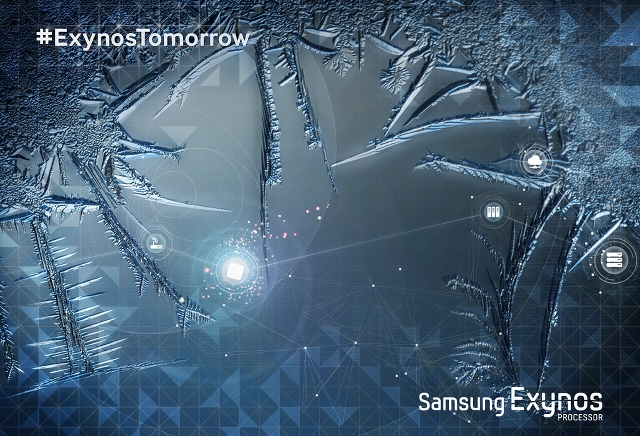 Samsung’s ARM-based System on a Chip (SoC), the Exynos line has powered everything from the company’s Galaxy smartphone line to Google’s Nexus 10 tablet. The last word from Samsung regarding Exynos was in February, with hexa and octa-core Exynos 5 chipset announcements, but this new SoC is expected to power the 5.7” Galaxy Note 4, likely dropping later this fall.

The teaser image above doesn’t give much in the way of information, other than that we can expect the new chipset to run very cool. Keen eyes, however, can also detect symbols representing Wi-Fi routers, server stacks, and cloud services, which might mean that the new Exynos will be used in a lot more than just smartphones and tablets.