Vevo 2.0 for Android is the best way to watch music videos on the go 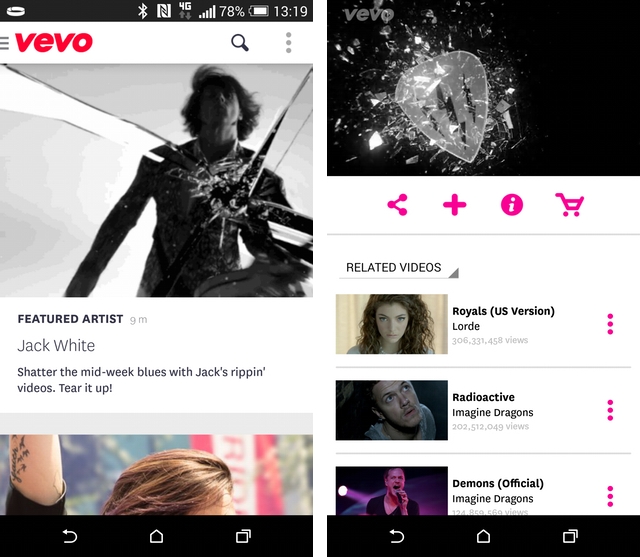 Vevo for Android got a substantial usability upgrade today, bringing a new home screen and tighter integration with Google’s Chromecast.

The company, a joint venture between Sony Music Entertainment, Universal Music Group and Google, has been reliably near the top of the list when it comes to music video indexing over the past two years, despite lacking Warner Group’s catalogue of musicians.

Vevo for Android 2.0 features a much improved user interface, with a sliding left-side drawer, a cleaner home screen feed with animated images, and faster video loading in general.

Vevo says that playlist creation has also been overhauled, making it easy to add videos to a new or existing list. The app has added the ability to scan one’s local music library to determine tastes, and suggests titles based on those preferences.

Canadians also get something called Vevo TV, which features pop, rap and country varieties; like the original MTV or Much Music, the channels feature all-day (and night) curated music videos. Connecting to Chromecast, these become potential TV portals.