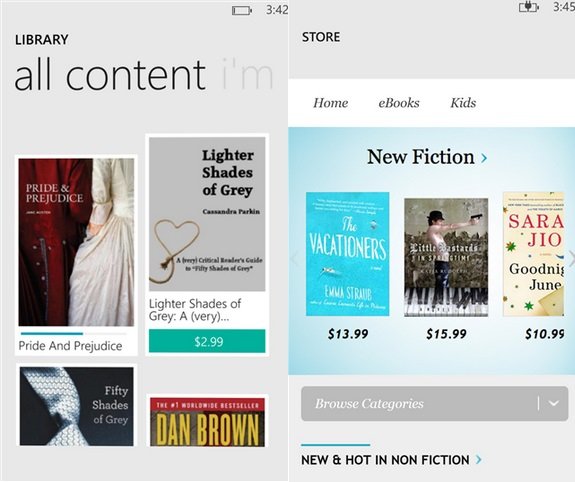 Kobo has followed through on bringing its ereading app to Windows Phone 8 users. The company announced plans to release the app way back in March, and now the WP8 app completes the cycle. Kobo is already available on Android, iPhone, iPad and BlackBerry 10, Windows 8, legacy Windows and OS X.

There are “over 4 million free and affordable eBooks, comics and children’s books” and you can have quick access to your recent reads, along with picking up where you left off, directly from the homescreen via Live Tiles. The app operates in the same manner as other platforms where you have the option to sync your bookmarks, customize the font size, text and also has the Night Mode feature that provides less strain on your eyes for “easier nighttime reading.”