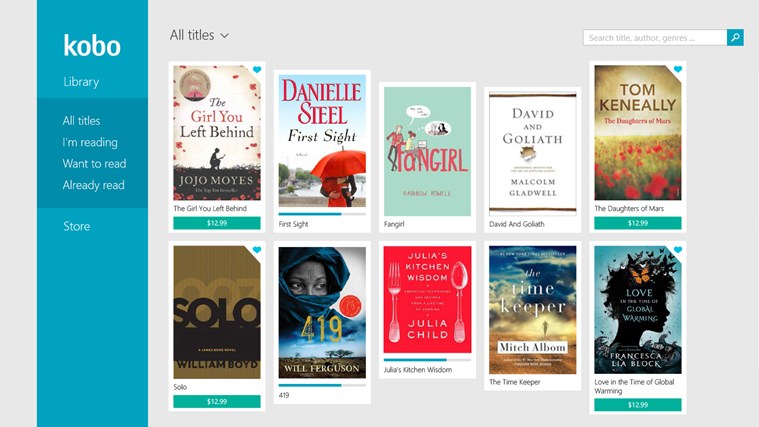 Kobo, the Toronto-based eReading company purchased by Rakuten in 2011, announced today that it is developing a Windows Phone 8 app to debut this spring. The statement came in a press release with news of a Windows 8 eReading app, available today on all devices with the Windows Store installed.

While the adoption of Windows 8 tablets hasn’t been as swift as Microsoft would like, the Store is slowly filling with useful apps from small and big name developers alike. Amazon was one of the first companies to release an app on the burgeoning platform, and Kobo’s move will place its book store on yet another screen; it has apps for Android, iPhone, iPad and BlackBerry 10, along with legacy Windows and OS X.

The Windows 8 app allows users to pin in-progress books to their start screens. It also offers a Night Mode for high-contrast reading, and lets users lock the screen in portrait or landscape. Early downloaders of the app will also get a free book, “Robert Ludlum’s The Janson Command” by Paul Garrison.

It’s unclear when Kobo will release the equivalent app for Windows Phone, but the company promises it will “operate with the same functions as the Windows App for notebooks, tablets and desktops, offering the best content and experience to its readers.”