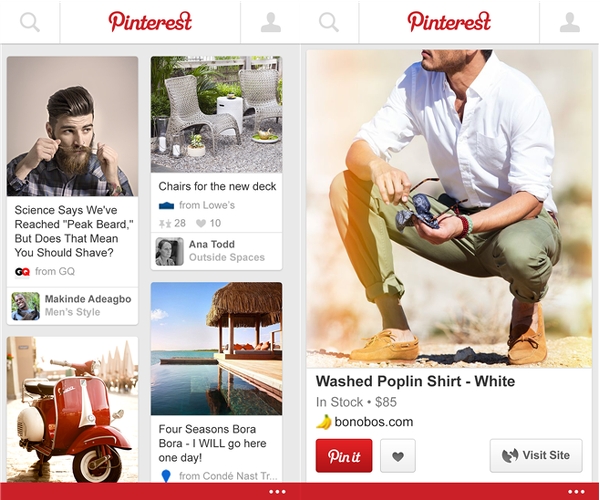 Full disclosure: while I consider myself well-versed in social media, I have never pinned anything in my life. If something captures my interest, I’ll tweet it, I’ll like it, but I just won’t pin it.

That being said, there’s a large demographic of Internet citizens that want to pin all the things, and presumably some of them are Windows Phone users. WP pinners, previously forced to use 3rd party services, now have an official Pinterest app they can use to fill their boards for artisan cheeses and people that look like their pets.

Labelled as a beta release by Pinterest, the Windows Phone version looks markedly similar to its iOS counterpart, minus a few UX changes, like a dedicated search icon on the top logo strip. The app is available for download today at the source link below for all Windows Phone devices running WP 8 or higher.