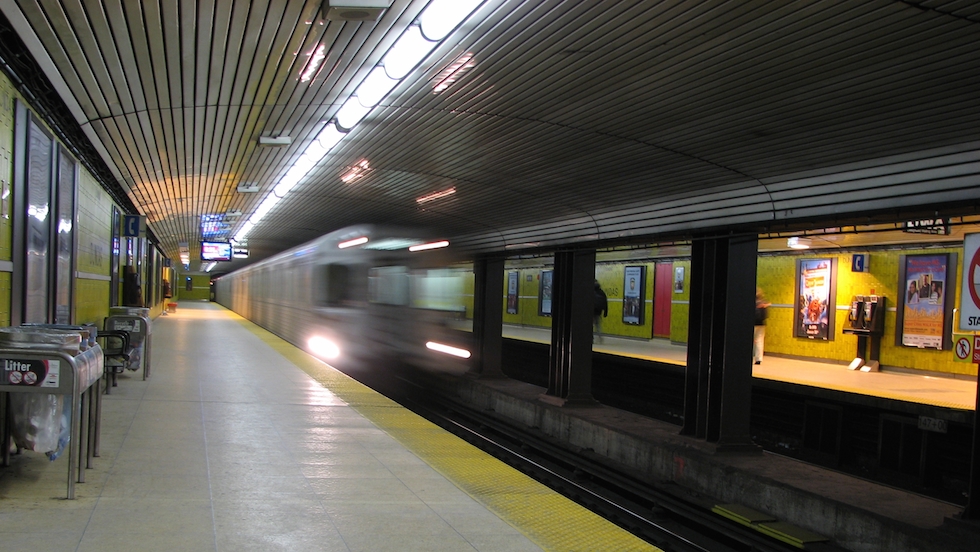 The Toronto of tomorrow offers WiFi, and lots of it. From Starbucks to the lobbies of office buildings, Toronto is awash in wireless signals, many offered for free with a single click. As carriers assess impending spectrum crunches, where users’ data needs will inevitably climb higher than their limited spectrum affords, “offloading,” the act of siphoning cellular traffic to localized WiFi hotspots, will continue to grow.

According to Cisco’s VNI Global Mobile Data Traffic Forecast, by 2018, 52% of mobile traffic will be served over WiFi or small cell networks rather than cellular networks themselves, an increase of 7% of 2013 numbers. As devices become smarter and handoffs between local and cellular networks more seamless, many users won’t know the difference — or care — between the two. In fact, early models of fifth generation, or 5G, networks presume that traffic from cellular and small, local networks such as WiFi are one in the same.

Despite the seeming ubiquity of WiFi and cellular service among urban Canadian cities, both are still missing in the place that stationary commuters yearn for it most: the subway system. BAI Canada recently won a 20-year, $25 million contract to bring wireless connectivity to the TTC, and in November of last year launched platform-level WiFi service at the two busiest stations in Toronto, St. George and Bloor/Yonge. Now that the Prototype stage has been completed, newly-appointed CEO Ken Ranger is laying out his plans for the next two phases, and the scope is certainly ambitious.

“We’ve had an amazing response,” says Ranger, who stepped up from the COO role he inhabited since March 2013. “[Since launching in December] there have been 170,000 unique devices connected to the network, with 1.5 million sessions,” a staggering number for a service, dubbed TConnect, that is not widely known. The ad-based service requires users to accept a standard terms & conditions clause followed by a short 15-second video, after which they are free to browse, tweet and chat for one hour before having to watch another. The model has become standard in public WiFi systems, popularized by the quick service favourites, Starbucks and McDonald’s. Ranger says that in May alone the system processed 2TB of data, a number set to increase as more riders become aware of the service’s availability.

“Right now, we’re excited to finish rolling out availability to all stations,” the so-called Phase 1. Ranger aims to complete the work by 2017, but it could be sooner: “We like to under-promise and over-deliver,” referring to the narrative of Apple’s traditional financial guidance. When the infrastructure work is complete, all stations will be wired for both WiFi and cellular connectivity; says Ranger, “It takes a lot of wires to create a wireless system.” Right now, fiber is pumped into each station, which is then routed to various switches connected to antennas around the stations. Until mobile carriers sign agreements with BAI Canada, only WiFi will be offered in the stations, the signals of which terminate at the tunnels. 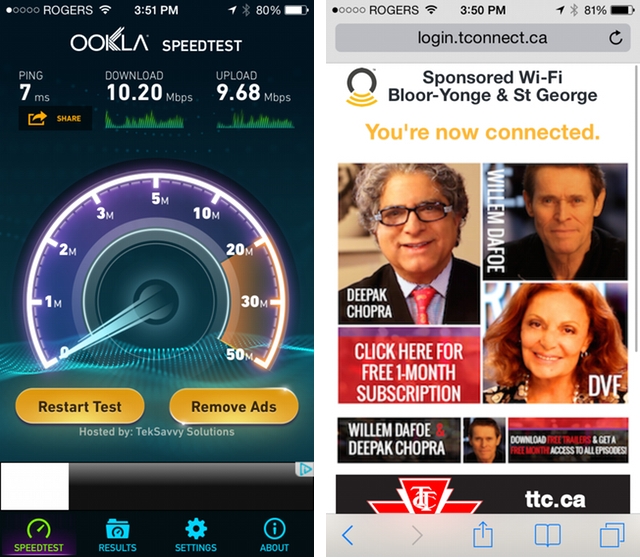 Eventually, the plan is to offer station-to-station connectivity through the tunnels. This encompasses Phase 2, which BAI aims to complete by 2019. Until then, WiFi signals will get cut off when riders begin travelling through the TTC’s three main lines, occasionally reconnecting when surfacing above ground.

It is in those moments, when riders get a glimpse of sky and pray for half a minute of cellular signal before diving back underground, that Ranger says cellphone customers suffer the most. As riders glide through the tunnels, bits of signal cause smartphones to increase their antenna strength in the hope of holding on for a moment longer. This negatively affects battery life, which contributes to complaints about faulty devices. Once trains themselves are equipped with wireless connectivity, smartphone users won’t see the same impact on battery going from Finch to Union and back again. 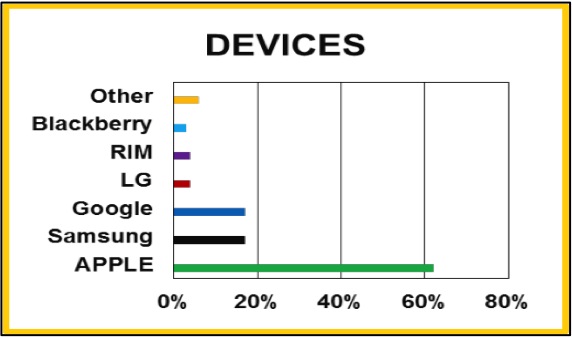 As for which devices are currently logging onto the two available WiFi networks on the TTC, the chart above, sent to us from BAI itself, speaks for itself: iPhones make up over 60% of the total users, while Android combines for just under 40%, with BlackBerry and “other” bringing up the rear.

BAI Canada, an independently-owned subsidiary of BAI Group, has benefited from lessons learned in other busy metropolitan areas like New York City and Hong Kong. Last year, the MTA began offering cellular service in many of its Manhattan tunnels to the delight of its millions of daily riders, and while Ranger won’t comment on when deals with Canadian carriers will be signed, he’s confident riders won’t have to wait too much longer.

“It’s what customers want,” he says, hinting that it’s just a matter of time before Rogers, TELUS and Bell get on board. “We’re doing all the hard work; they just have to come in and set up their equipment. We do the rest.”

BAI’s business model is not difficult to ascertain, either. As exclusive owners of the subterranean airwaves, the company charges advertisers for access to riders’ eyes and ears, and businesses for access to its bandwidth. And because there are no competing signals, bandwidth is plentiful.

I performed tests at 2pm on the southbound platform of Bloor/Yonge and achieved around 10Mbps down and up, an achievement that most other free WiFi providers can’t reproduce. While users are subject to a standard Fair Use policy, prohibiting illegal activities and such, most riders will be limited by time, not bandwidth. With non-rush hour trains arriving every five minutes, a short VoIP call or a quick Twitter check is more likely than watching an episode of Orange Is The New Black.

While TTC goers still have a long wait for the next stages to be completed, BAI Canada is confident that the future looks good for wireless on the underground.