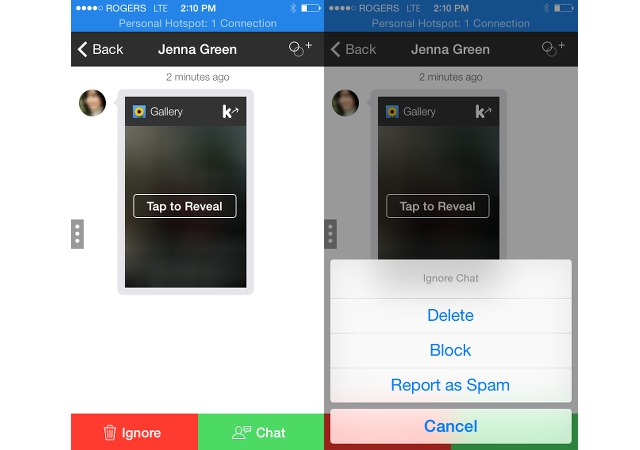 Kik is going through growing pains. Little more than five months after it passed the 100 million user mark, the Canadian-bred cross-platform messaging app now sits at 120 million, and is adding 270,000 new users each day.

The popularity comes with a price: like the fast-growing communication services that have come before it, Kik has a bit of a spam problem. But unlike, say, Twitter, which has features to make such spam easy to ignore, Kik places it directly in the chat window. Toss in a user demographic significantly younger than most mobile communication apps, and any ‘adult-themed’ spam content suddenly becomes a serious issue. So much so that both the Canadian Centre for Child Protection and Albertan Internet Child Exploitation unit issued explicit message warnings to parents after a particularly nasty spambot attack.

For its part, Kik says that today’s app update, which gives users a variety of tools to better manage their conversations, isn’t entirely in response to the negative public attention over explicit spam. Speaking with Heather Galt, Kik’s Community Manager as well as its VP of Marketing, I learned that Kik’s users were just as eager for features to better manage conversations with people they did know as well as those they didn’t.

One of Kik’s unique features is that chat identities are based upon usernames, rather than phone numbers, email addresses, or other social profiles. Galt told me that the username mechanism makes Kik a handy tool for selectively chatting with people from other social networks or even mobile games – Kik users can post their usernames in Instagram or Clash of Clans to make new friends, without worrying about being inundated with chats from every family member they’re forced to follow in Facebook. However, the open nature of Kik’s platform means that once a username is found, it can be spammed.

The update contains a combination of new features and remixed old ones, with the promise that Kik users will (hopefully) never be bothered by anyone they don’t want to talk to ever again. Firstly, all messages from potential new connections are relegated to a separate screen that users don’t have to bother with if they choose not to. Within the New Chats window, any images sent by new connections – including profile pics – are blurred until a user chooses to view them or engage in chat. Kik has also made it much easier in the latest version to delete, block, or report an unknown contact (blocking a user will not inform them that they’ve been blocked). In addition, all unwanted conversations in the New Chats window can be cleared with a simple button press. 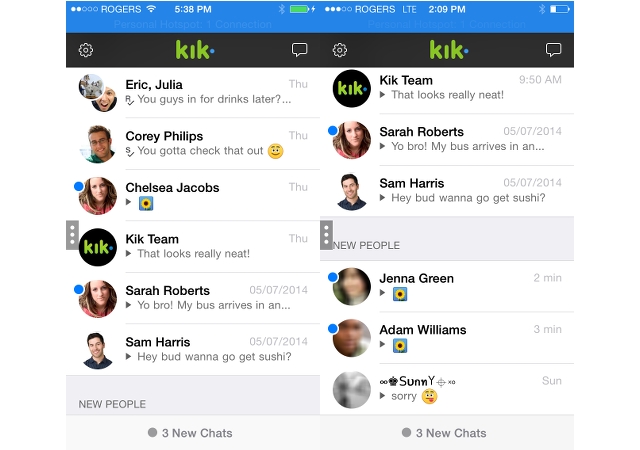 Much like Foursquare, Kik must walk a delicate balance between what makes it so compelling and the consequences of that success. Placing control in the hands of its users is a smart step towards that balance. While the features provided in the update don’t prevent unwanted conversations from coming in, they certainly make them much easier to deal with, and provide a protective barrier for young eyes against things that can’t be unseen.