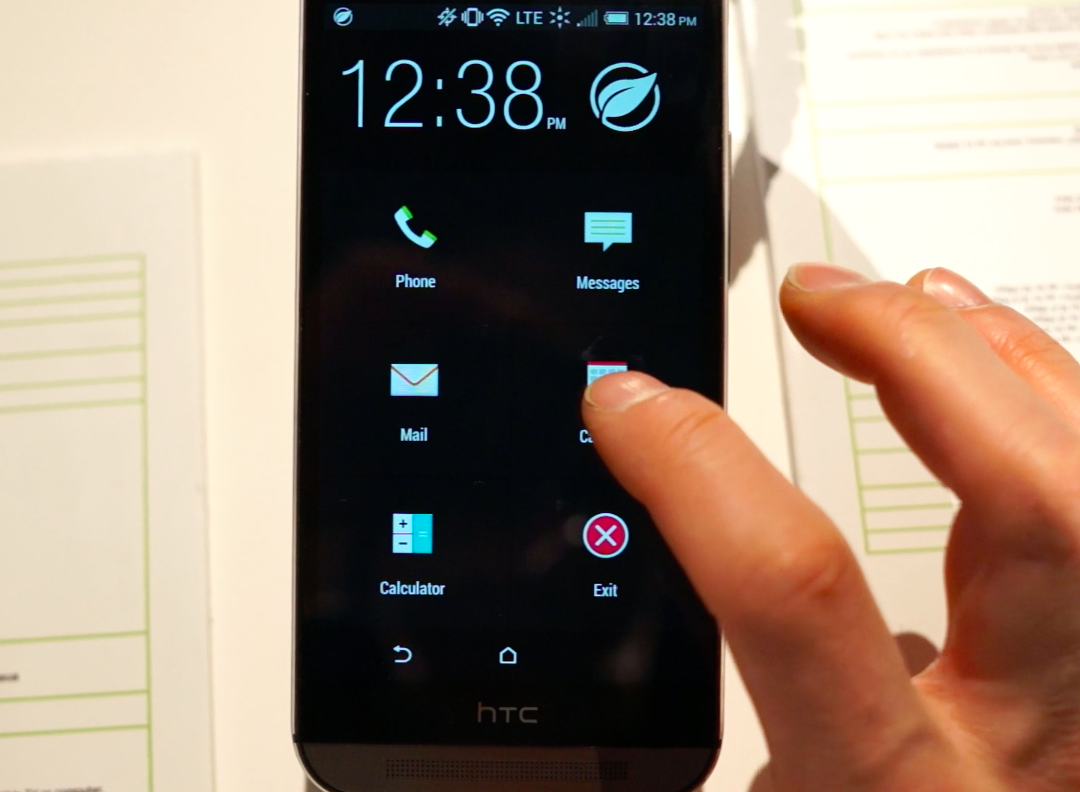 Even though the feature is coming after launch via a software update, we got a chance to test the new HTC One’s Extreme Power Saving Mode at the launch event in New York this week.

Purporting to sip power and keep your device alive for up to two weeks in standby mode, EPSM drops the phone’s functionality to a bare minimum — phone calls, emails, texts, calendar entries and a calculator — and restricts other apps from running in the background. Unlike Samsung’s version on the Galaxy S5, the screen doesn’t go black and white on the M8, but the company claims that most users should be able to eke out at least two hours of additional uptime at 15% battery, even with the occasional call and text.

The reason the feature, which appears to be quite fashionable among OEMs right now, has been included in this latest crop of devices is because the Qualcomm Snapdragon 801 chip that powers the HTC One M8 is more power-efficient than last year’s Snapdragon 600 and 800 chips, and indeed probably the most power-efficient high-end chip on the market today. Android 4.4 is also more inherently efficient, so the combination allows for Extreme Power Saving Mode to work.

HTC One M8 users won’t be able to use the feature at launch though — my demo unit only has Power Saving Mode, which is the same as last year’s model — because it is currently going through carrier testing and wasn’t approved in time for launch. Whenever you turn off important features of the phone, carriers want to make sure their essential services, like 9-1-1 and AMBER Alerts, are not affected.