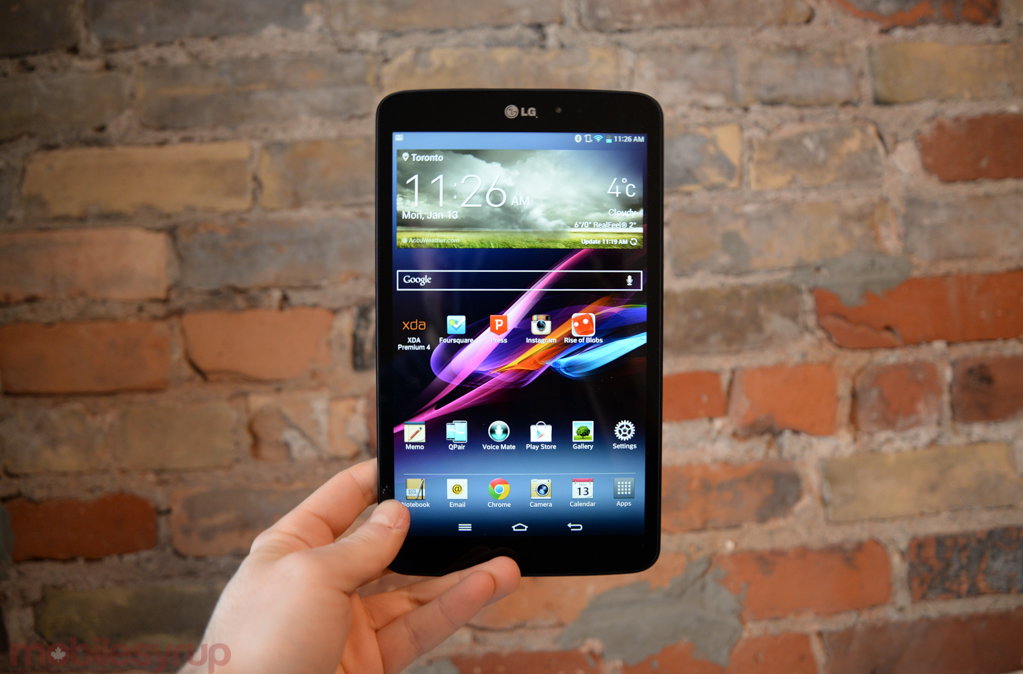 LG had a pretty great 2013, releasing its best two smartphones to date, the G2 and Nexus 5, and one of the best Android tablets on the market.

Too bad, though, Canadians had to wait until 2014 for that that tablet, the G Pad 8.3, to become available. LG’s first foray into Android tablets since the 2011’s ill-fated Optimus Pad is well-designed, sufficiently fast, with software that, while resembling the G2, is less constrained by screen size.

At $350, though, the G Pad 8.3 is significantly more expensive than the Nexus 7 and lacks the direct-from-Google software updates. So is there a reason to get excited about LG’s newest tablet? Let’s take a look. 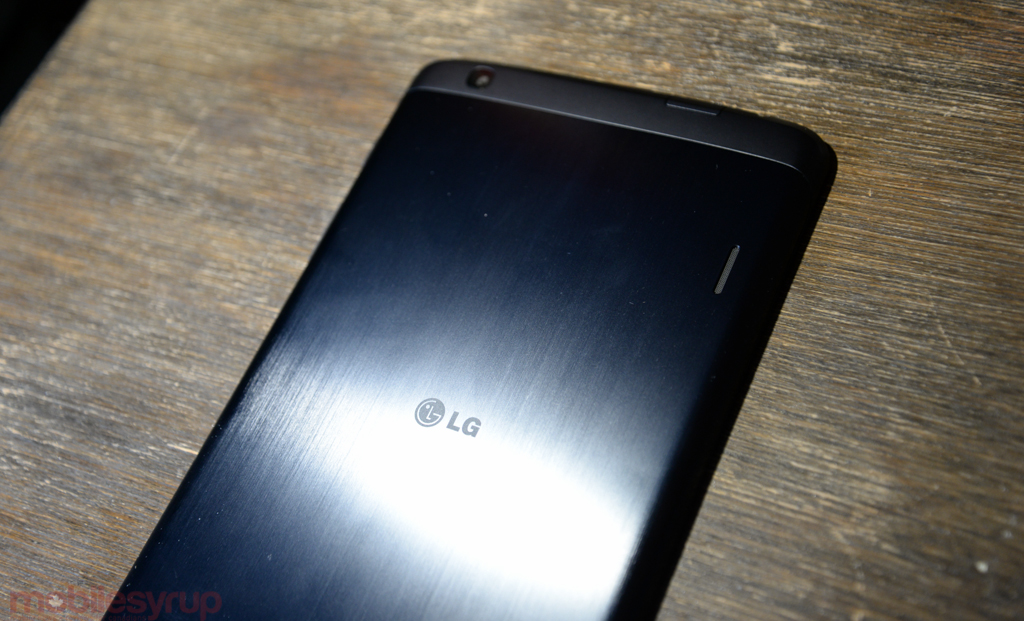 When first picking up the G Pad, you notice its heft and solidness. It’s a compact tablet with excellent weight distribution, thanks to a sheet of aluminum that covers the back. It’s the addition of metal that separates the G Pad from Samsung’s line of Galaxy Tabs, and sets it apart from the 2013 Nexus 7; LG’s offering has better hardware than anything Samsung or Asus has put out in over two years.

Turning the slate over reveals an 8.3-inch IPS display with a 1920×1200 pixel resolution. Rather than focus on the numbers, though, LG has outfitted the G Pad with one of the best tablet displays we’ve ever seen; like the G2, it’s not a stretch to say this is at the top of its class. Touch responsiveness, too, is also tops, lending itself to a better gaming experience. 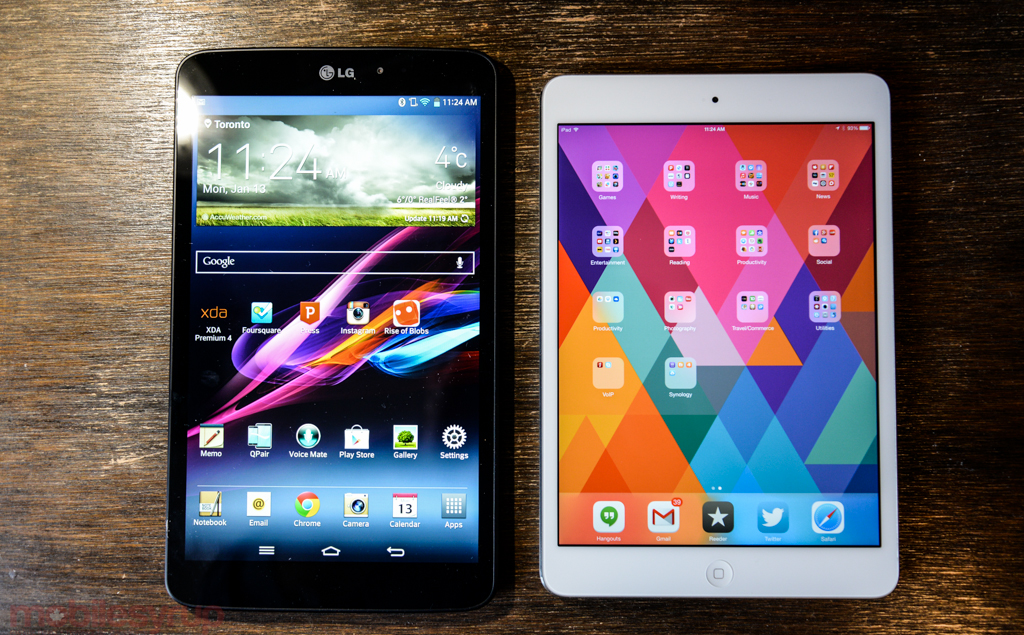 It’s also one of the more compact 8-inch tablets we’ve seen, owing to barely-there bezels on the vertical and diminutive gaps on the horizontal. At 216.8 x 126.5 x 8.3 mm, it’s only 16mm taller than the iPad mini but remains narrower and only slightly thicker; this is every bit a one-handed tablet.

And while there are gimmicks embedded in the Android 4.2.2 build, many of which are shared between it and the G2, they seem less intrusive on the G Pad, as if the extra screen real estate lends itself better to LG’s app focus. For example, Quick Memo, an underused and fairly useless addition to LG’s smartphones, finds a place on the G Pad as a screenshot and PDF annotator — even the lack of a stylus isn’t an impediment. 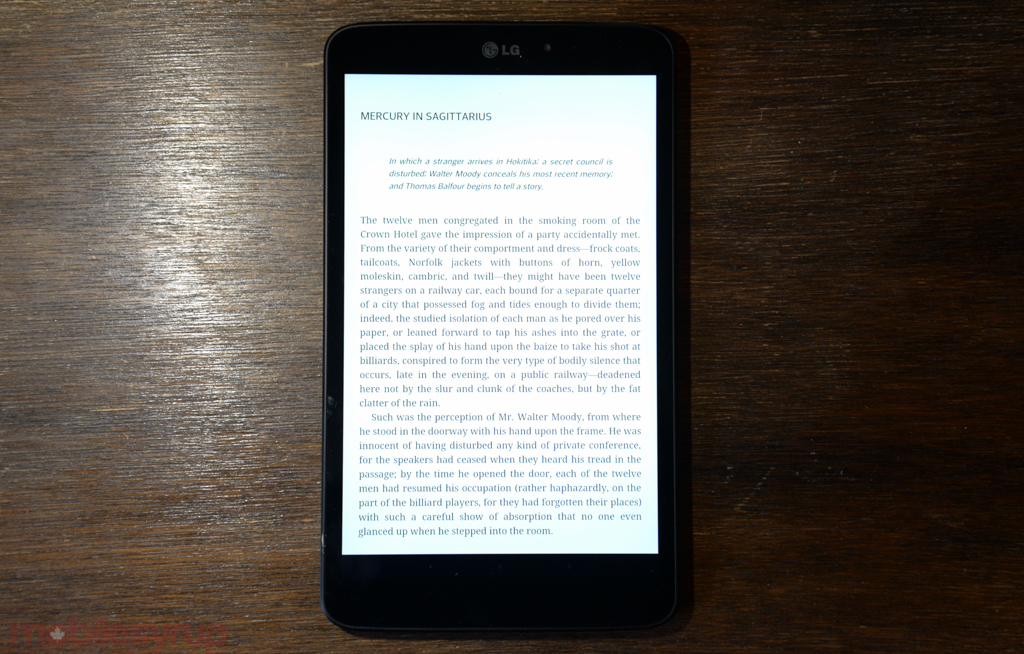 The tablet also pairs with a compatible smartphone over Bluetooth to mirror call, text and app notifications, something that comes in handy when using the G Pad on the couch with a smartphone tucked away in a pocket, or charging across the room. QPair, like Quick Memo, is a small but tangibly useful feature.

That’s what the G Pad does best: even running an older version of Android, and with slightly aged internal hardware (a 1.7Ghz quad-core Snapdragon 600 SoC, 2GB of RAM and 16GB of internal storage), it provides a great experience without reinventing the wheel. With stereo speakers and a microSD slot, too, the G Pad manages to be an amazing media consumption device: just drag and drop movies and TV shows onto a cheap 64GB media card, load up MX Player and away you go. 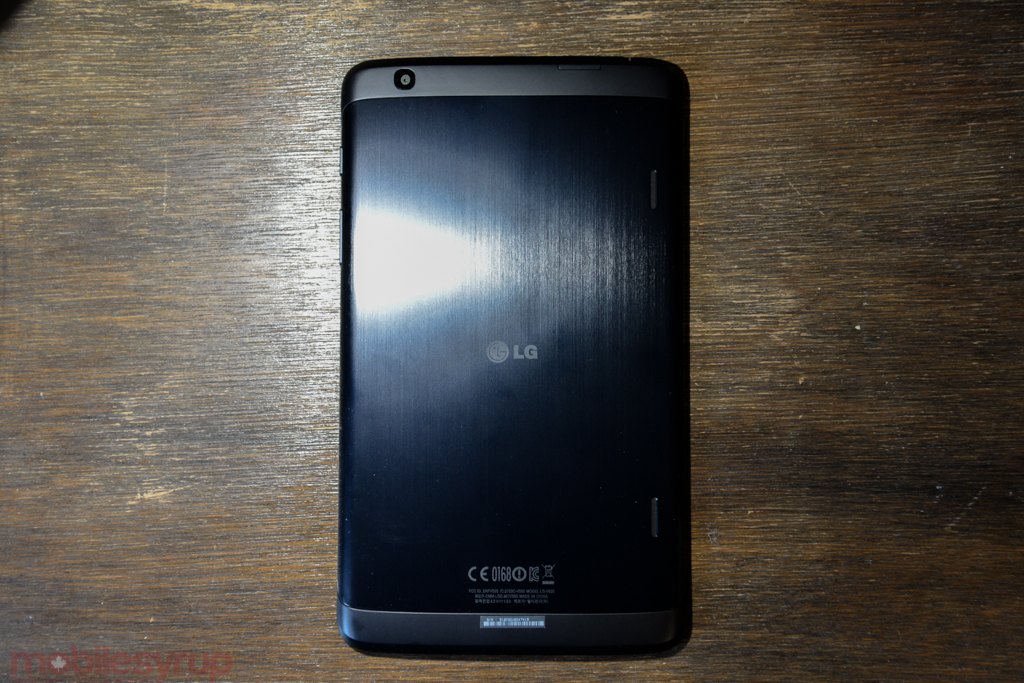 If you’re looking for a tablet with a great camera (and why would you be?), the G Pad 8.3 is not recommended (nor are most Android tablets, for that matter). Despite a competent camera app, photos taken from the 5MP rear sensor are abominably bad, full of grain and dim colours.

The 4,600mAh battery cell inside the G Pad 8.3 is neither big nor small, lasting just over a day of consistent usage when connected to WiFi. Standby time is astonishingly good — the tablet lost only 30% of its charge in a week while off the grid — but this isn’t Galaxy Note 10.1 2014 Edition territory here. Heck, the battery is barely 50% larger than the one in the G2. 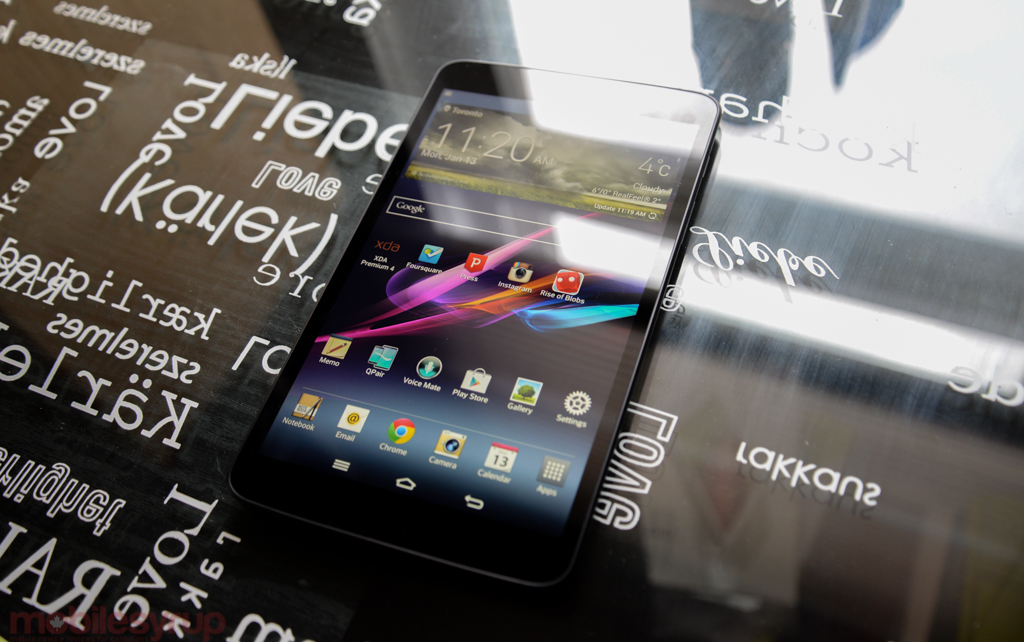 My biggest gripe with the G Pad is that it will likely stay on Android 4.2.2 long after its smartphone partner is updated; OEMs have a poor history of updating tablets with custom skins. The Samsung Galaxy Note 8.0 still runs Android 4.1.2, as an example. This may not be a big deal as long as apps continue to support the software version, but the longer the G Pad goes without KitKat, the longer users miss out on Immersive Mode and some of those extra performance boosts. 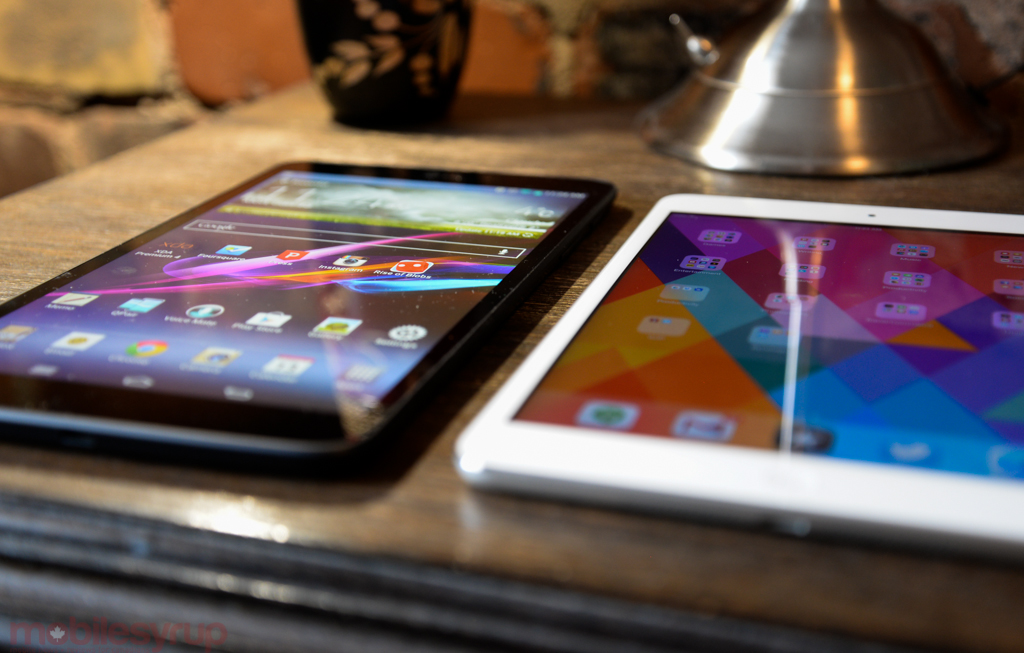 The G Pad is a great tablet, but it does nothing better than the Google Play-sold Nexus 7 despite costing significantly more. That continues to be a problem with the Android tablet market: unlike high-end carrier-sold smartphones, whose higher costs are proportionally subsidized, Google is fine cannibalizing tablet sales with its own hardware.

We really enjoyed our time with the G Pad 8.3, as it fits perfectly in the middle of the size spectrum: big enough to take on the iPad mini with Retina at a lower cost, and a better media consumption device than the smaller, lighter Nexus 7.