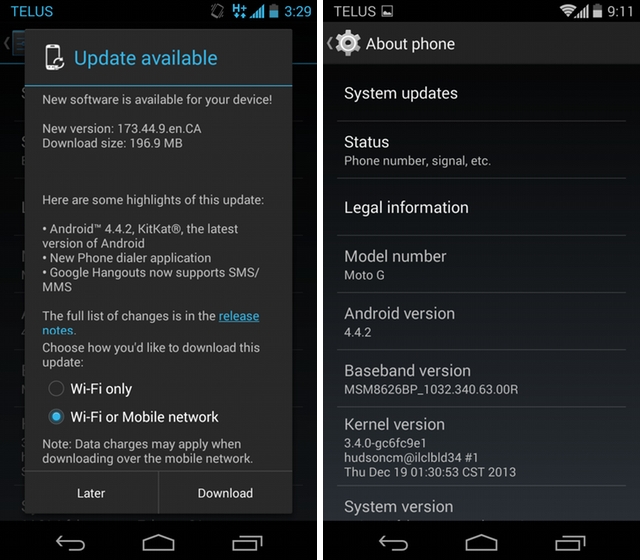 Though the Moto G, Motorola’s low-cost, high-value smartphone, has been on the market for just about two months, it’s receiving a major software update today.

TELUS and Koodo are pushing out an Android 4.4.2 update for the Moto G, which brings a number of interface tweaks like white fonts in the navigation bar, fullscreen transparency, Immersive Mode in apps and games, and much-needed performance improvements. 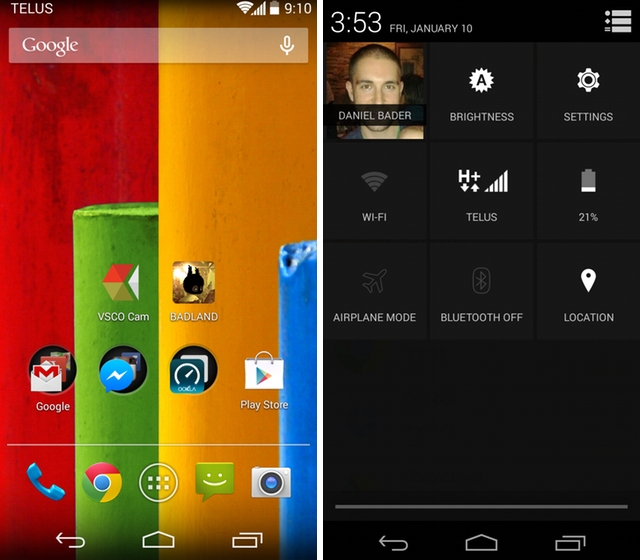 I immediately noticed two things after updating: the UI was much smoother, with fewer hiccups, when navigating through apps and playing games; and multitasking had much less of a negative effect on the device over time. With Android 4.3, though the Moto G performed very well, a “build-up” would occur as apps used up (and didn’t release) the 1GB of system RAM. In Android 4.4, Google optimized the system for lower RAM use, and there is noticeably less “cruft.”

Of course, Immersive Mode, which hides the system navigation in apps that support it, continues to be my favourite addition to KitKat; games like Badland use the full screen, only exposing the back, home and multitasking buttons when necessary. This also works to improve the experience for book reading. 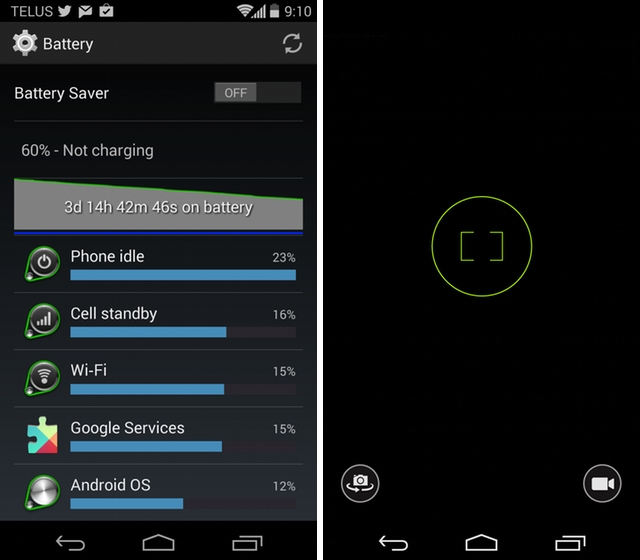 Another major improvement has been to battery life: standby uptime has been incredible, with the system barely using any of the 2070mAh cell.

The camera, though still underwhelming, has been significantly improved in KitKat, too, with sharper images, better dynamic range, and the ability to adjust exposure and focus by moving the ring around the screen.

The 196MB update also offers the ability to set a default texting app, and brings over the new dialler first seen on the Nexus 5. The For those wondering, there is no extra usable storage space after this update.

Motorola tells me that the Android 4.4 update for the Moto X is coming soon, and is currently going through carrier testing. Though they wouldn’t give me a specific date, I’m guessing it will be here before the end of January at the latest.