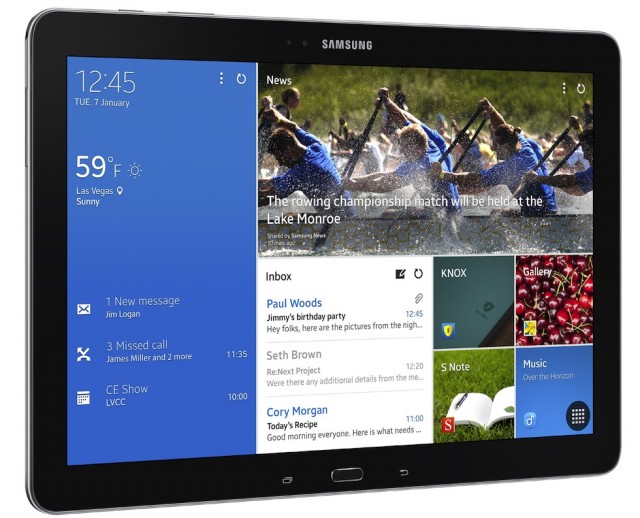 As predicted, Samsung has taken the wraps off four tablets today, each designed to add a smorgasbord of productivity using Android as its base. While only the Note Pro 12.2 offers S Pen functionality, all four slates move beyond mere content consumption, emphasizing multitasking as a way to be tangibly productive. Of course, at 12.2-inches, the larger two models are also less likely to be lugged around.

First off, the king of the announcement is undoubtedly the 12.2-inch Galaxy Note Pro. With a 2560×1600 resolution display, the tablet has a sharp 247ppi pixel density, and that goes well with some of the software innovations alongside Samsung’s Android 4.4-based TouchWIZ skin.

Specifically, it’s now possible to have four apps open at the same time. This is aided by some cutting edge specs, including an Exynos 5 Octa processor for the WiFi version and Snapdragon 800 SoC for the LTE-based model. All models come with 3GB of RAM, 32-64GB internal storage, 8MP rear camera, 2MP front camera, WiFi a/b/g/n/ac with MIMO support, USB 3.0 and Bluetooth 4.0 LE. 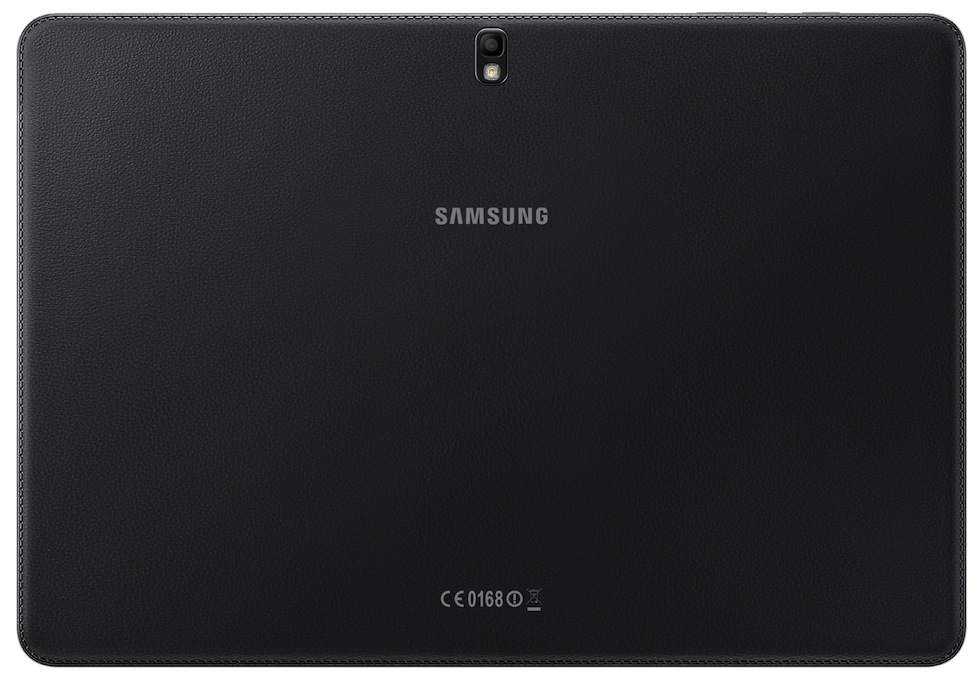 The Note Pro 12.2 boasts a new interface called Magazine UX which, much like the optional feature from the Note 10.1 2014 Edition, divides the homescreen into panels, for work, personal and social, respectively. The traditional icon- and widget-based Android homescreens are a thing of the past here, and it doesn’t look like the functionality will be offered with the included launcher — you’ll have to install a third-party launcher like Apex or Nova to emulate the “old ways.”

Back to multitasking, Multi Window has been expanded to support up to four apps open at the same time, with information sharing between them just a drag-and-drop motion away. While the apps are still largely sandboxed, Samsung has worked with certain app developers to ensure that photo and text sharing works as it would on a Mac or PC. There are limitations, of course, but this is the closest one will come to true multitasking on Android at the moment. A new right-side menu, which is activated by swiping in from the right side of the screen, acts as a Multi Window launch pad, though holding down on the capacitive back button continues to work like it did in the past.

Of course, the Galaxy Note Pro 12.2 has an S Pen for writing, sketching and annotation, and the device comes with a number of preinstalled “premium” apps, according to Samsung, that take advantage of the Wacom-based functionality. 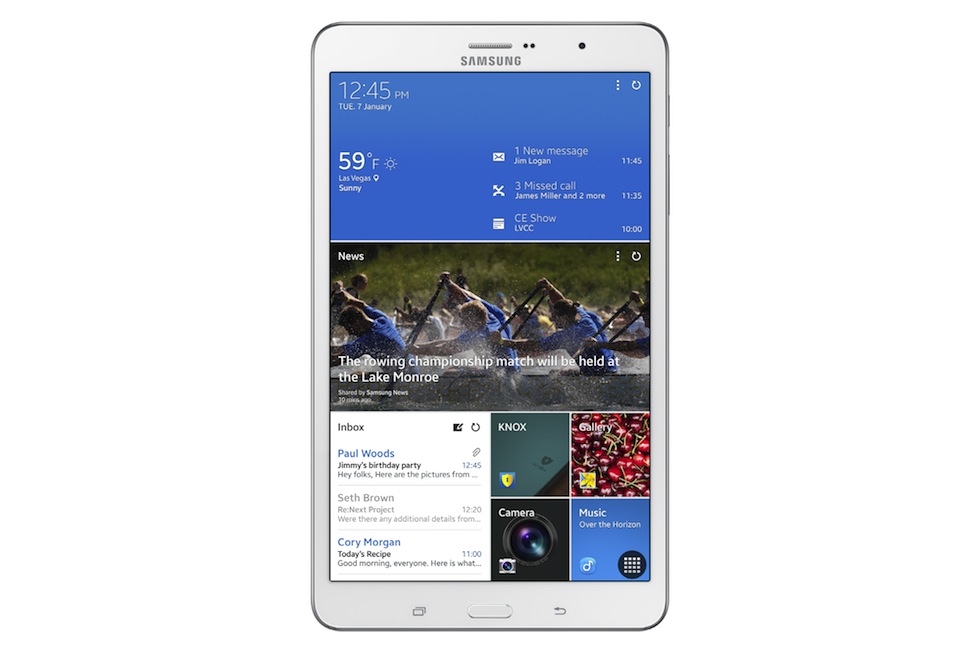 On the Galaxy Tab Pro side, Samsung will offer an S Pen-free version of its new tablet line in 8.4, 10.1 and 12.2-inch varieties. Sporting the same Magazine UX-based launcher on top of Android 4.4 KitKat, all three models run at 2560×1600 pixel resolutions, which makes for some pretty amazing densities in the smaller sizes. The Galaxy Tab Pro 12.2 rocks 3GB of RAM while the 8.4 and 10.1 sport 2GB, but are otherwise identical, and look very similar to the Note 3 and Note 10.1 2014 Edition.

There are some differences in bonus software, though: only the two 12.2-inch models get free 12-week subscriptions to the New York Times and one-year of Evernote, but all Pro tabs get 50GB of Dropbox and a few other perks.

While there is word on when these tablets will arrive in Canada, nor info on what they’ll cost, expect them in the first half of this year. Samsung will also offer keyboard accessories for the slates in different sizes.