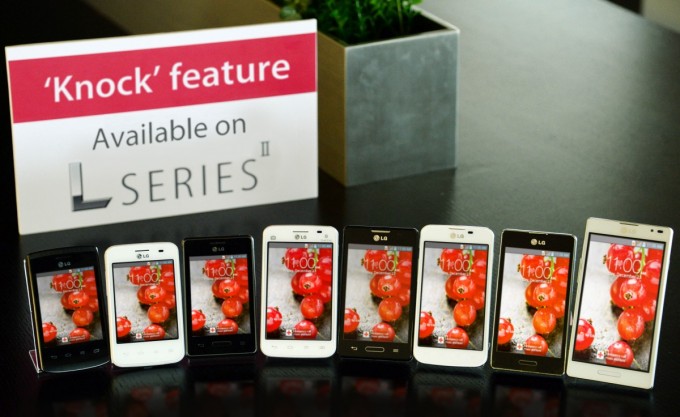 One of the unique attributes that the LG G2 launched with was the “KnockON” feature. This made it possible for users to simply double tap the display to wake up the G2. LG quickly expanded Knock to other premium branded devices, such as the LG G Pad 8.3, then the G Flex — both not yet officially available in Canada.

LG has announced that they’ll be adding Knock as a standard feature in future devices. First up will be a the L Series II lineup with a software update coming in January, then come with future device launches. LG noted that “the reaction of audiences to this new feature was so positive that a version for LG’s best-selling L Series II was developed to offer the feature to as many customers as possible.”

Certainly a great move by LG to bring Knock to entry and mid-range devices to give them a better user experience. Dr. Jong-seok Park, President and CEO of LG Mobile Communications, stated “Knock is distinctively an LG UX and a great example of what happens when you marry the latest in mobile technology with consumer-centric insights… No one ever thought that a power button needed to be improved until our engineers wondered why they couldn’t turn the entire screen into a power button.”