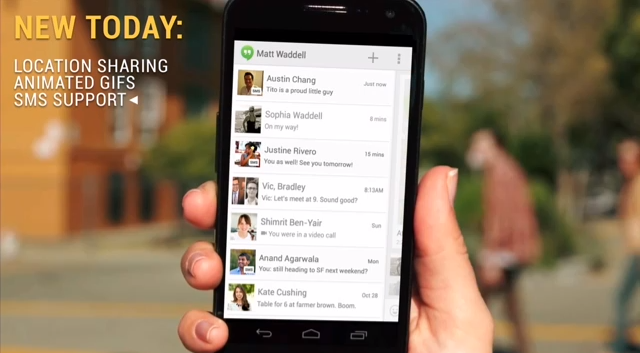 “A Morning with Google+” has turned into a plethora of solid updates for the Hangouts app. Google’s Vic Gundotra took the stage and announced that SMS is finally coming to Hangouts, along with the ability to instantly share you location via Google Maps with a press of the ‘places icon,’ plus the inclusion of animated gifs into your message stream.

In addition, from a stat perspective, Gundotra noted that Google+ now has over 540 million 30-day active users who have uploaded over 1.5 billion photos. 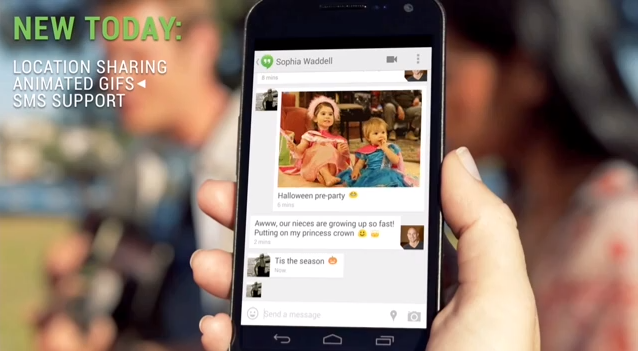 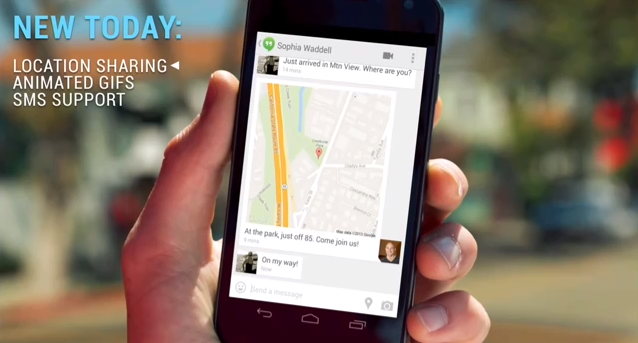 This update was just announced and Google states that the upcoming will arrive in the respected app stores “in a few days.”