Google announces Chromecast: a $35 device that will change television viewing 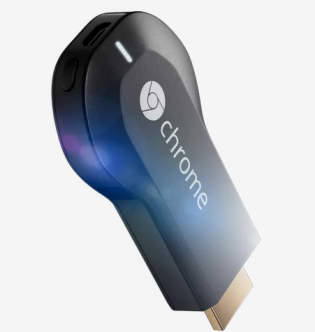 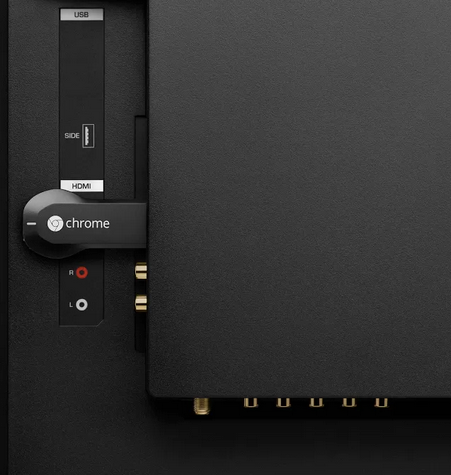 Google announced a new product today alongside the refreshed Nexus 7 and Android 4.3, and it pretty well came out of nowhere.

Chromecast is the spiritual successor to the bulbous, almost-useless $299 Nexus Q, but this Android-powered HDMI dongle has higher aspirations, and at $35 has a much more manageable price. The idea behind Chromecast is its ability to stream content from the internet, as controlled by your smartphone, tablet or computer.

Yes, unlike Nexus Q, which was only compatible with a handful of Android devices, Chromecast will be controllable via most Android and iOS devices, along with Chrome browsers on PC and Mac, and Chromebooks.

Initially available on Netflix, Pandora, YouTube, Google Play Music and Play Video, Google has released an SDK for developers to implement into their own apps. This means that your favourite music or video service — Rdio or Plex, say — could potentially implement the code into their Android and iOS apps and used to stream content to the TV.

The Chromecast dongle relies on USB to power it, so it’s unfortunately not as simple as plugging into an HDMI port and switching inputs. Most current televisions do have a USB port for connecting hard drives and such, but more than a few don’t. 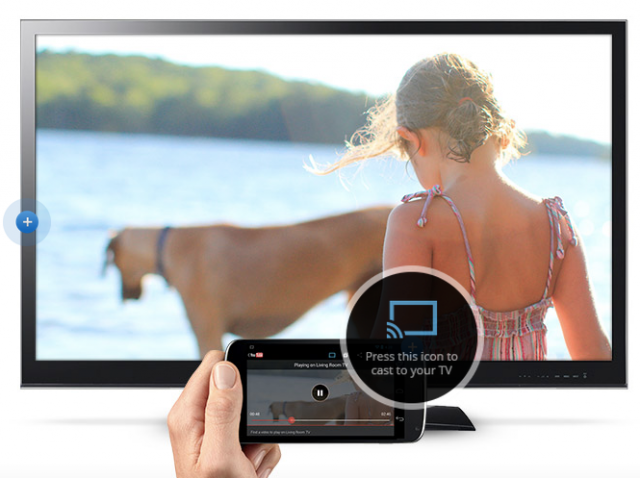 If an app supports Chromecast, an icon will appear in the app indicating that both devices — the dongle and the phone, tablet or browser — are connected to the same WiFi network, and streaming can begin. Unlike Apple’s AirPlay standard, Chromecast only receives a URL or string from the web, it does not capture the local stream from the iOS device or Mac. This means that a strong and reliable internet connection is necessary for playback, but it also precludes poor device performance from interrupting the stream.

While Chromecast relies on an external product to function as a remote — unlike Apple TV is does not stand on its own — for $35 it is a bargain. Unfortunately, Google has not announced available outside of the United States, and functionality is limited at the moment since it is only compatible with a few applications.

But the product will expand, both in functionality and availability, and it’s a lot more feasible to outfit every TV in the house with a Chromecast than an Apple TV.