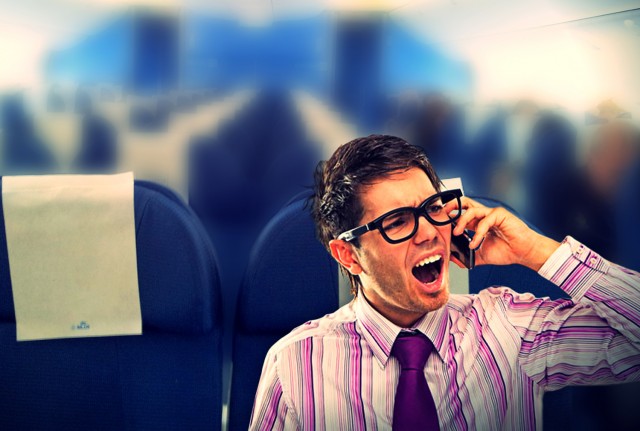 The Federal Aviation Administration is mulling a recommendation from an advisory board to allow the use of electronics during takeoff and landing. This includes tablets and e-readers, but unfortunately not cell phones, which may interfere with the RF equipment in the cockpit.

The ban on using electronics during ascent and descent of commercial flights goes back to the 60s, and has been challenged many times since then. As an increasing number of flyers leave their hard copy books, magazines and journals at home, the cry for leniency has grown louder each year.

Many airline customers have willfully neglected to comply with the abrogation of electronics at specific times, and the report claims that one-third of flyers have forgotten to turn off their cellphones during prohibited times. No plane malfunctions have ever been blamed specifically on errant RF from cellphone or gadget usage, but the FAA has taken years to alter its approach, citing “better safe than sorry.”

The continued ban on cellphones during takeoff and landing may be less about the potential for interference and more about retaining a uniform peacefulness in the cabin, especially during times that flyers may be agitated and nervous.