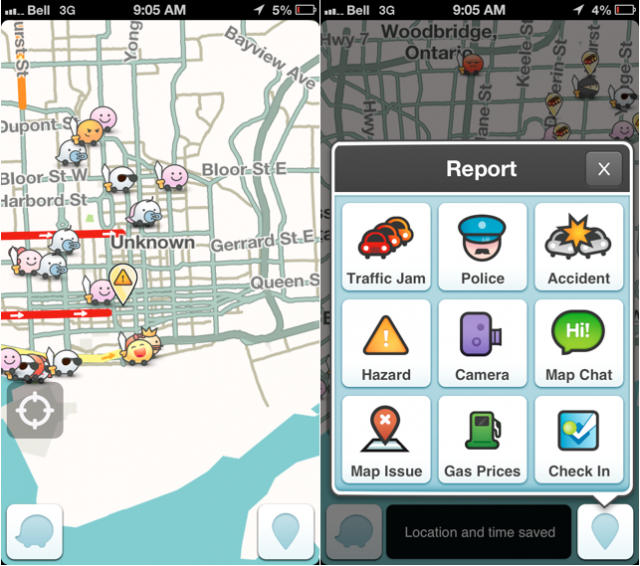 Rumours have been circulating for a few weeks now that popular community-based navigation app Waze would be snatched up by either Apple, Facebook or Google for over $1 billion. Facebook and Apple outwardly declared their lack on interest, but Google officially announced today that they’ve purchased Waze.

On their company blog, Google’s Brian McClendon said they are “excited to announce we’ve closed the acquisition of Waze.” The final price was not disclosed, probably around $1.3 billion. Google noted that the millions of Waze users – who are part of a “fast-growing community of traffic-obsessed drivers” work together “to find the best routes from home to work, every day.” Waze is a free app that’s available on Android, BlackBerry and iOS.

Google said the Waze product development team will stay in Israel and “operate separately for now,” but they’ll eventually bring some of the traffic update features to Google Maps and also enhance Waze with Google’s search capabilities.