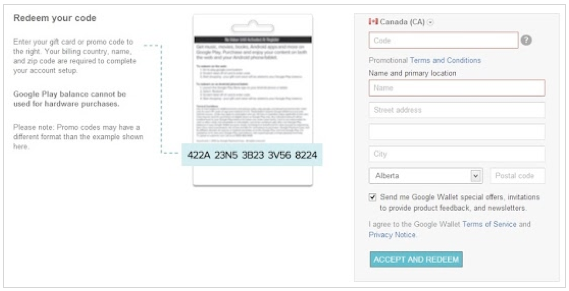 A new drop-down choice has been added to the Google Play store: the ability to redeem gift card codes. This feature was launched in the U.S. last year, and was recently brought to the U.K. as well, and it looks as though you may be able to purchase them at your local drug store soon.

Canadians were already able to redeem promo codes thanks to the $25 offer that shipped with the Nexus 7 last year, but the ability to redeem codes within Google Play itself is new. The addition may be due to the $35 Rogers promotion that’s running with select Samsung Galaxy purchases, but the Play store inclusion is carrier-independent. 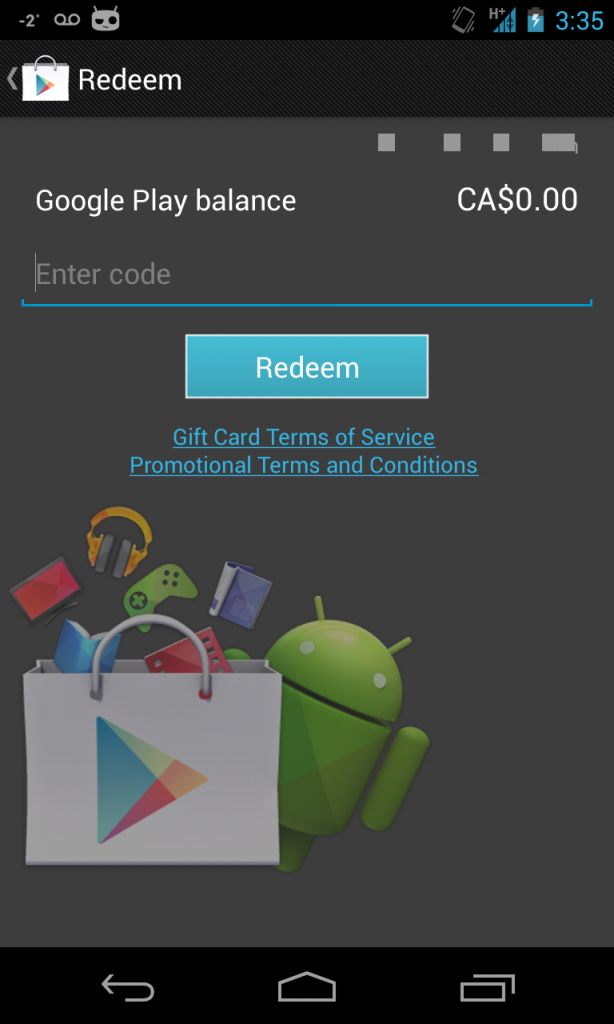 We’ll be sure to update you if and when gift cards go on sale in Canada.

Via: Google
(Thanks to everyone who sent this in!)